Nigeria has recently been associated in the mainstream media with less than favourable stories: oil, overpopulation, corruption, and perhaps more recently, Boko Haram. Indeed, this African “giant” has always seemed to be bursting with untapped potential, albeit excruciatingly inaccessible for one reason or the other. How much of this potential is finally being accessed by local and international interests remains a moot point, but most would agree there has been some recent progress: “fair” elections despite all odds, and a determinedly functioning economy.

However, an alternative set of questions can also be raised: what about the nation’s processes and its journey towards change? Should these be taken as seriously as the tangible results of economic growth? More crucially, should we be more forgiving of Nigerian policy-makers when we finally discover the challenges hindering their attempts at economic development?

These are the issues raised in the renowned Nigerian economist Ngozi Okonjo-Iweala’s latest book, Reforming the Unreformable: Lessons from Nigeria.  Dr Okonjo-Iweala,  who was interviewed for the post of World Bank President earlier this year, stands out in this most recent work—not only because of the detailed description of Nigeria’s macroeconomic situation, but also because the author doesn’t shy away from revealing her own failures at reform. She gives us key takeaway lessons from her experience in trying to reform a giant as unwieldy as Nigeria.

The turning point in Nigeria’s recent economic history was in the early 2000s, just after the years of the military regime when President Obasanjo was sworn in. At that time, firms wanting to set up shop in the country faced a situation of BYOI (Bring Your Own Infrastructure) such as electricity generators which could add up to 25% in operating costs alone. Clearly, there was an uphill struggle to be faced by any reform-inclined public official and Obasanjo, previously chairman of Transparency International’s advisory council, seemed to have the right credentials for reforms. His first task for Okonjo-Iweala was putting together a brief that would accompany him in his proposed world tour in 1999, advertising the country as a reasonable investment location just before he was sworn in for his first term. It was in this investment brief that the term “democracy dividend” – referring to the potential yield that would result from solving pressing economic problems in Nigeria – was coined. Shortly after this assignment, Okonjo-Iweala was lured away again from the World Bank in 2000 to serve as the President’s economic adviser for 6 months.

This book gives an account of her journey towards settling down in a country where she immediately became known as Okonjo Wahala (wahala, being the term in Pidgin English that means “trouble”). She repeatedly gave up prestigious positions, first as Vice President and later as Managing Director of the World Bank, in order to work in Nigeria. She cites her main achievement as leading the team that secured the debt relief accorded Nigeria by the Paris Club in 2005-06, saying “there could be no greater testament to the validity and success of the reforms than the debt deal” (p.121). This relief process eliminated US$30 billion of Nigeria’s external debt with an outright cancellation of US$18 billion, thus becoming the second largest debt deal ever in the history of the Paris Club.

Other structural reforms launched during her term as Minister of Finance under the umbrella term NEEDS (National Economic Empowerment and Development Strategy) had mixed results. For example, even though opening the telecommunications sector was a huge success, the privatisation of the government-owned telecoms company NITEL continues to be uncertain. Similarly, in the petroleum sector, the initial gains with phasing out subsidies, which could have opened up the downstream sector to competition, were not sustained and were soon reversed. Nevertheless, the privatisation programme opened the door to a new way of doing business in many sectors of the economy and also brought receipts from the proceeds of privatisation into the Treasury – about US$2 billion) between 1999 and 2011.

For the overall strategy of NEEDS to have succeeded, it needed to have been implemented in an economic environment with a growth rate of at least 7% per year between 2007 and 2015. At the launch of the strategy, this was clearly a practical goal, however, it still wasn’t met. Okonjo-Iweala attempts to put in it complete context, giving the underlying reasons for these shortcomings in the final chapters of her book.

Being able to demonstrate job creation would have been an important means of convincing Nigerians that the reforms were beneficial in an environment of high employment and underemployment, especially of young people.  However, Okonjo-Iweala points out that there was an “inadequate focus on job creation and real sectors of the economy” (p.122). This meant that there was a clear inability to gauge whether the growth from 2003 had created jobs or not. According to her, there was also a “failure to further lock in some of the reforms legally” (p.121) such as the institutions of the Oil Price-based Fiscal Rule (OPFR) and the Excess Crude oil Account (ECA) that by 2006, had accumulated excess reserves of US$46 billion, $US12 billion of which was used in settling part of the US$30 billion that Nigeria owed the Paris Club.

Another very striking gap in the minister’s success story was seen in the civil service reforms, where, she explains, “there was latent  […] skepticism” (p. 60) and  “little incentive to maintain the momentum” (p. 60) for reform. The Nigerian public, by owning a more efficient civil service, could have benefited the most. However the communication of the potential public benefits was poorly executed. Thus, the government was unable to persuade civil servants or get public endorsement of these reforms. In the end, some 8,000 “ghost workers” were detected and removed from the payroll, ensuring the drive to overhaul the civil service was of some benefit at the end.

What lessons does the book offer to policy-makers? Okonjo-Iweala’s recommendations ring true and can be applied in as diverse a range of economies as possible. For one, she places an emphasis on the fact that reforms must begin with “a vision, a well thought-out implementation strategy and a matrix of measurable results” (p.127) that can be sold to the public, and (as far as possible) to the ruling elite. In retrospect, if more focus on communication was practised as recommended in this book, the oil subsidy saga that erupted at the beginning of the year in Nigeria may have been somewhat averted. However, as important as enlisting the approval of the civil society is, it must also be tied in with securing the political will of the country’s leader. Were it not for Olusegun Obasanjo’s insistence on giving her considerable leeway during her time as Minister of Finance, a good number of initiatives may not have taken off in the first place.

The book also stresses the importance of African history in designing strategies for economic reform. Okonjo-Iweala points out that ancient ethnic, cultural and religious communities as well as a legacy of colonial institutions affected Nigeria’s economic instability and its subsequent recovery. Thus, the country’s responses to change will always be coloured by its specific historical context. However, she believes good governance always makes the difference.

Dr Okonjo-Iweala’s book reads as a final manuscript, setting the record straight about her previous and current service as the Minister of Finance in Nigeria. Strategically, it also serves as an effective manual for potential policy-makers the world over. 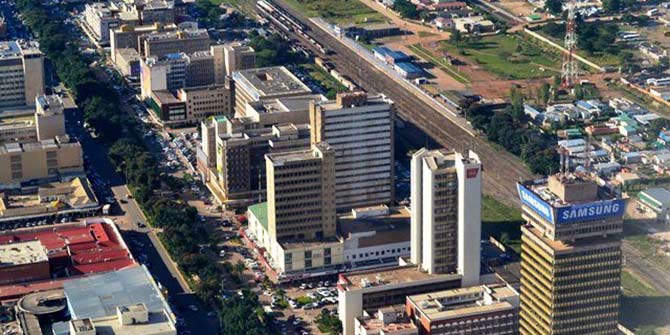 Bad Behavior has blocked 1144 access attempts in the last 7 days.