The British Prime Minister’s visit to Algeria shows that the North African country is viewed as an important bulwark against violent Islamic militancy, according to LSE’s Nabila Ramdani. The post originally appeared in The Guardian.

Before David Cameron’s visit to Algiers, the last British politician to make dramatic headlines in the north African country was Harold Macmillan some 70 years ago. In February 1943 the future Conservative prime minister – then under secretary of state for the colonies – was involved in a horrific runway accident in which his plane exploded into flames. After first scrambling out of the emergency exit, Macmillan returned to save the life of a French army officer, prompting one witness to describe the rescue as “the most gallant thing I have ever seen”.

Nobody expected Cameron to display anything like the derring-do of his fellow Old Etonian predecessor, but his journey to Algeria was indisputably historic. Tory grandees such as Macmillan and Winston Churchill spent time in the strategically crucial country at the height of the second world war, but it has largely been ignored by Britain since it achieved independence from France in 1962. The bloody war that preceded liberation claimed up to 1.5 million Algerian lives, both in Algeria and mainland France, with many more murdered and wounded in subsequent years. The legacy of the conflict lingered for decades, creating a mistrust of other countries getting involved in Algeria’s affairs. This has been reflected in everything from a controlled media, to the difficulties foreigners have travelling around the country, or even getting visas to enter in the first place.

This month’s lethal al-Qaida attack on the BP gas installation at In Amenas, in the isolated desert of eastern Algeria, will certainly have been used to justify this regulation – a strictly monitored society is a safe society, according to President Abdelaziz Bouteflika, and he will stop at nothing to prevent further atrocities. However, what is undoubtedly changing is Algeria’s attitude to the west, and Cameron’s visit is indicative of this growing sense of rapprochement.

It was François Hollande, president of Algeria’s old colonial master, who last December made an important contribution to a thaw in relations by offering a qualified apology for 132 years of often savage rule from Paris. During his own trip to Algiers, Hollande said it was time to turn a page and concentrate on economic integration. Algeria is massively rich in oil and gas, and Gallic multinationals like Total are as enthusiastic to tap it as BP.

Of course Cameron will champion British business interests whenever and wherever he can, but his primary work in Algeria was to do with security. The dynamic of the “war on terror” requires the country to be an ally to the west, especially now that battlegrounds are shifting from Afghanistan and Iraq to Africa, and particularly the vast Sahara desert which Algeria shares with countries including, Libya, Mali and Tunisia.

The great paradox in all this is that Britain supported a violent revolution in Libya at the start of the Arab spring in 2011, and is now finding itself increasingly isolated from the murdered Colonel Gaddafi’s former fiefdom. Not only are Britons being warned to stay away from cities like Tripoli and Benghazi (the cradle of the Libyan revolution, where an American ambassador and his colleagues were killed last year), but many of the terrorists doing so much to threaten western interests in Algeria are rallying across the border in Libya. This makes Bouteflika’s determinedly autocratic regime – one which helped to ensure that there was no revolution in his own country in 2011 – such an important bulwark against violent Islamic militancy.

Free of the bitterness that accompanies colonial baggage, Cameron is the perfect representative of a west that now wants to work with Bouteflika and his highly experienced security services. Algeria’s government has been involved in an almost constant war with roaming international terrorist gangs since the start of its bloody civil war in 1991. The conflict officially ended following the deaths of some 250,000 people and the surrender of the Islamic Salvation Army and Armed Islamic Group in 2002, but the bloody skirmishes have continued ever since. As shown by the way in which Algerian Special Forces ended the In Amenas crisis – up to 100 people including dozens of terrorists died – negotiation and compromise have little to do with the Algerian approach to terrorist activity.

As neighbouring countries like Libya and Mali, and indeed Egypt and Tunisia, become increasingly vulnerable to Islamic extremism, Algeria is now the surprising sure-fire ally in the fight to wipe out terrorism. That the west acknowledges this is made clear by Cameron’s historic visit to Algiers.

Are the criticisms of the #Kony2012 campaign justified? 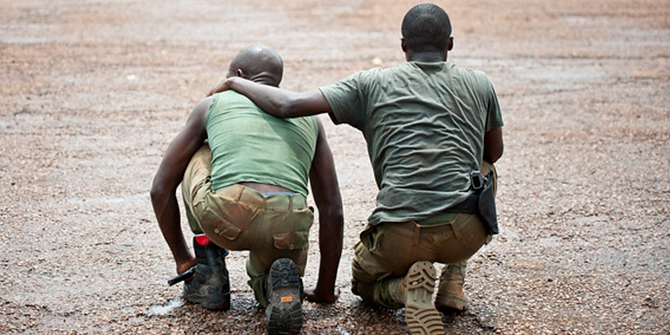