It is less than a week to the Kenyan national elections but in contrast to the usual media coverage of “big men” and “eminent personalities”, LSHTM’s Gemma Jones, anthropologist, and J.Omondi, a Kenyan candidate for county ward representative describe village electoral campaigns in one small corner of Kenya.

The national and international media coverage of the run-up to the 2013 Kenya Elections has been full of “big men” (and some women).  For those of you following the Kenyan media election coverage, characters like prolific publisher Miguna Miguna (his latest offering “Kidneys for the King: De-forming the Status Quo” was launched on Saturday), Sonko, the blinging Nairobi Senatorial Candidate with his peace mohawk and a larger-than-life cast of presidential candidates will be familar, often caricatured, faces.  International icons like Kenya’s “big brother”, Kofi Annan, who appealed for peaceful elections last week also regularly appear on the stage.  Earlier this month, even US President Obama chipped in, posting a video on Youtube which he framed with a few words of Kiswahili and a reference to his ancestral connection to a village in Luoland, Nyanaza. His video also emphasised the potential of this landmark election for “unleashing the extraordinary talents” of Kenyan youth.

The themes highlighted by these big personalities – creativity and style, village and relatedness, youth and potential – are important underlying motifs of the 2013 Kenyan election.  Not least in the way that the electoral campaigns have been playing out in arenas usually hidden from view – like the small electoral ward in Luoland, rural western Kenya where J.Omondi is running for the position of the smallest of “big men” – county ward representative.

J.Omondi began campaigning in the homesteads and villages that make up his ward very slowly in 2011. His intention had been to run in the city where he was currently living, in the estate where he rented a house and played football with a local team. But local politics, for him, quickly turned out to be a matter of heart and home. Home, in this part of Kenya, is the land of your forefathers, a place where you build the structure you can call a “home” as opposed to a “house”. For J.Omondi, like many Luos’ who spend their formative years in a rural village, “home” never fully disappears (especially if your grandmothers find out you were planning to run in the city and get a little cross!).

So, J.Omondi planned to run at home as an Orange Democratic Movement (ODM) party candidate, the party of the Luo tribe’s figurehead and presidential candidate Prime Minister Raila Odinga.  In this rural ward, there is – in reality – no other party, no other candidate thinkable for President, no colour other than orange.  J.Omondi began travelling home every weekend to attend the village funerals that are a regular feature of the weekend rural calendar. In an election season, it is common for candidates at all levels to be given a chance to speak to the gathered mourners. It was on these occasions that J.Omondi declared his political plans to his clan and related clans.

By the December 2012 holiday season, the campaign had reached a new peak. Several of J.Omondi’s relatives and friends, notably members of a male friendship gang/rap group from his early twenties which he spent in the village (the Star-kuz) had come together to help. Ten years earlier, in December 2002, using money earned from clerking in the national election which marked the end of Moi’s oppressive presidency, the Star-kuz had thrown a Christmas party in the village. They danced to Unbwogable (a Luo-English hybrid meaning Unshakeable), the rap song by Nairobi hip-hop duo Gidi Gidi Maji Maji adopted as the anthem of Kibaki whose National Rainbow Coalition party, then supported by Raila Odinga, triumphed in the election. 1 Jan 2003 felt like a new world.  It wasn’t entirely.

So, ten years later in December 2012, the Star-kuz were brought together again. Unfortunately they hadn’t made it as rap stars. But now one of them was trying his hand at local politics. In December 2012 and January 2013,  J.Omondi’s campaign team rented a one-roomed tin-roofed house in a local shopping centre near their homes for £10 a month, which they nicknamed “home-ground”.   The team gained inspiration for their organisational strategies by watching bootlegged copies of The War Room, a documentary about Bill Clinton’s 1992 presidential campaign and the 2009 HBO documentary By the People: the Election of Barack Obama on J.Omondi’s laptop. Obama’s first election campaign has been a source of inspiration for youth politics all over Kenya. This is especially true in Luoland as Obama traces his African heritage to a Luo village. Inspired by the practical aspects of these documentaries  J.Omondi’s team decorated the walls of their office with not only hand-drawn charts in an effort to predict patterns of voter registration and political forecasts, but also photographs of themselves on the campaign trail taken with a borrowed camera.

They appointed a chairman, who happened to also be the brother of an MP candidate (but, in a nice twist, is also an avid supporter of his brother’s MP opponent).  Davy, one of the original Star-kuz who had never left the village, was put in charge of “intelligence” giving team members daily “sich reps” (situation reports). He drew on his love of second-hand Jeffery Archer and Frederick Forsyth paperbacks and his deep understanding of village relationships. Jack Solo, another original Star-kuz member, classificatory brother, part-time pastor and jack-of-all trades, had happened to come to the area to visit a relative for the December holidays.  J.Omondi found Jack by on the road while on the campaign trail. He immediately jumped on the back of J.Omondi’s motorbike and joined the campaign. That night – and every night for next two months – he slept in J.Omondi’s hut in his father’s compound and was reunited with his extended family.  Jack was put in charge of scheduling activities for the mobile units. These were three motorbikes nicknamed “Mobile One”, “Mobile Two” and “Fuane Lady” (meaning “Acknowledge/Make way for Ladies!”).

Mobile One was ridden by J.Omondi who carried his running mate, Issue, another original Star-Kuz member on the back. On their motorbike journeys to meetings at churches, market places, even local goldmines, they practised their speeches and developed skits to deliver their messages. They talked to people about their policies on the importance of togetherness, community libraries, ambulances for pregnant women and water supplies.

Oti, J.Omondi’s younger brother and a secondary school student, was the appointed driver of “Mobile Two”. This was a motorbike normally used for fetching water from the lake and loaned by a cousin, who worked as a teacher, Dennis, who also helped with the campaign during the school holidays and at funerals. Dennis was the head of “Mobile Two.” The third mobile unit “Fuane Lady” was a broken motorbike repaired for the occasion and donated and driven by another cousin.  The final core member of their little team was Cherish, J.Omondi’s 14-year-old sister. She was in charge of cooking lunch. Every day she was given a tiny budget of her own to manage and ensure the campaigners were sustained on the trail.

The campaign team started their day with a game of football at the lake with the local children. Then, Cherish received her food budget followed by a planning meeting and the mobile units spread out on their motorbikes. In many of the places where meetings has been arranged, at least one of them knew someone who knew someone who knew someone. If they were visiting areas where they had no existing contacts they just rode around and made new friends at market-places or on the road. If they met people who related to them in a nice way they simply asked their new friends to call their neighbours to a meeting the next day – under a tree, in a compound, by a posho-mill.  They tried to avoid the home-grounds of other declared candidates to avoid too much conflict. At various points new people joined in the campaign and spoke on J.Omondi’s behalf representing him to their own community groups.  And so their connections spread out from the core team and the campaign trail got a little wider.

December 2012 and January 2013 was, therefore, a time of nostalgia and renewal for this group of “small” young men – and Cherish their young cook – who were trying to become something through local politics. Throughout their intensified campaign ahead of the ODM party primaries which were supposed to happen on the 17 January, the Star-Kuz rekindled friendships that had lay dormant since 2002 when, at the age 21, they all had been based in the village wondering what to do with their lives. Ten years later,  this unique situation had reunited them. Why did they get involved? The answer varies from person to person; it was partly for the chance to be part of something that felt like change, partly for a future hope of economic opportunity in an area that has very little and perhaps partly for the joy of the ride. “But it did feel”, said Issue, reflecting on this campaign period post-primaries, “like we were fighting for a cause.”

Then, on the 17 January this year, the ODM party primaries failed to happen in this area and the group were despondent. The office closed, they went back to their various regular lives. It looked like it was all over. And it sort of was. But we will reveal what happened in the next blog entry.

Suffice to say that now, with the election less than a week away and the names on the ballot papers finally agreed – although in unexpected formulations – the campaigns are reviving again. As Gemma types this up in the UK, J.Omondi was off to meet with his many grandmothers and their friends to plan who will go to which church on Sunday morning and speak on behalf of their “grandson” to the congregations.  It is no longer just a youth affair.

Paper on the impact of Obama in Western Kenya: 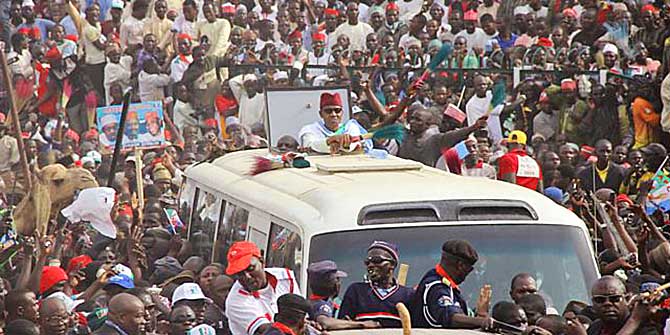 #Zimbabwe2013: Elections are stolen months before the poll date 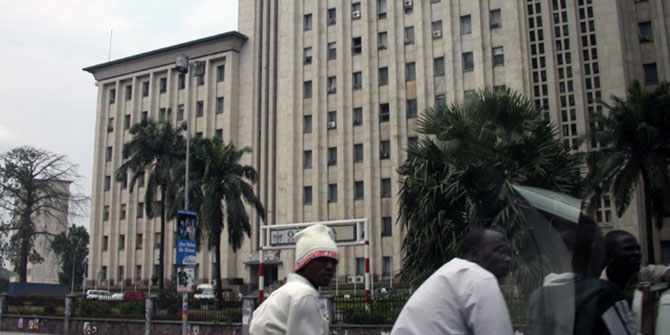