What Napster Teaches Us About Aid

What Napster Teaches Us About Aid

Like nearly all people interested in development economics, I’m always fascinated by new ideas about why foreign development aid has been, in general, such a miserable failure. Despite decades of “free money” and “free stuff” the people unceremoniously grouped together into Paul Collier’s “bottom billion” soundbite (now a seventh of the world’s population) continue to limp along in a seemingly-incurable, repeating legacy of underachievement. The ten million who are lifted from poverty by current aid efforts (or 19 million who could be lifted from poverty with better aid allocations, if the controversial Collier / Dollar World Bank paper* is to be believed) is nice to consider, but hardly a story of economic mobility.

Let’s look at the real measure of economic mobility: ascent to the economic nobility.

It brings me back to something development economists don’t talk about nearly as much as they (we) probably should: free stuff.

In the area I lived in this past year, in northern Uganda, people are essentially swamped with free goods and services. If you were an engineer, I’m not sure what you’d do, since the engineering firm you would have (hypothetically) started would have to compete with a dozen “aid” agencies who essentially do “free” engineering. How do you win a bid for a construction contract when your competitor is willing to do the work for nothing? In fact, if you’re a talented African, why and how would you compete with these white people with degrees from good universities you could never even get a visa to visit, let alone attend? Let’s take a step back: Why pursue an education, or your interest in engineering, at all?

Few people (unusual entrepreneurial success aside) end up in the CEO chair without management experience. Few people (post-1960) gain management experience without management training. Few people are selected for management training without being nominated by others. The fact is that most projects in the developing world have, at disturbingly many levels organizationally, white, western-European (or college-educated American or ruling-class Asian) expat management. So aspiring managers, like the would-be engineers, supra, are competing with relatively good “free” managers. Unsurprisingly, people don’t become managers in this environment.

There’s only one area of the wealthiest billion that has been as thoroughly, completely ruined by free stuff: music. Yes, music. Everyone my age (let’s call that between 30 and 40) had the benefit (or curse) of Napster. Napster was a source of “free stuff” – let’s call it a “musical aid organization,” the World Food Program for your click-wheel first-generation white iPod. For those who grew up on 1980’s and 1990’s music, it was essentially a nearly-limitless free music library, feeding your starving iPod the aural caloric equivalent of Plumpy’nut. Since the musical tastes of most people don’t (somewhat embarrassingly) change much past age 22 or so, nearly everyone our age in the developed world has free MP3 copies of 95% of the songs we’ll ever care to listen to more than once.

The effect of Napster’s free musicians has been similar to that of the developing world’s free engineers and managers. Few people of our generation have started record labels, and many fewer of those have been successful (in large part because people now expect music to be free).

That’s right: People who are into music have become like the residents of the developing world, expecting to get music free from the “aid agencies” that have replaced Napster, the children of P2P technologies like LimeWire and old-school IRC channels like #lowbpm and #shareURtun3z. When a new site pops up, it is hailed as the audio equivalent of Operation Poomalai. Digital rights management (DRM), once hailed as the solution to this problem (essentially an encrypted header appended to a music file, or a music file encrypted prior to transmission), has largely failed in the consumer world, with even Cupertino’s mighty iTunes admitting defeat earlier this year and stripping DRM from its music.

The effect of “free stuff,” whether music or engineering or food, has been devastating and has not just drained human capital, but destroyed entire industries. Markets are further distorted by “abandoned stuff” (the written-off, amortized variant of “free stuff”), including 200 Series Toyota Landcruisers (a $140,000 item in East Africa) somewhat randomly given by the U.N. to local agencies when they’re done with them (whatever that means?) and elaborate, quasi-militarized compounds from Juba to Nairobi that become hand-me-down real estate once the project that built it leaves, gets bored, begrudgingly admits success, reaches 1,000 fans on Facebook, or finally gets embarrassed about the length or phonetics of its acronym.

The truth is that “stuff” isn’t free. Goods and services aren’t free. Shipping stuff to Africa and leaving it behind, even if it is broken or undesirable or painted OD Green, isn’t free.

Developed countries passed inverse tariff laws, dumping laws, fair pricing laws, and created other legal structures to protect themselves against people selling things at deep discounts below the cost of providing the good or service in question. Antitrust and competition law, along with import/export treaties, prevent companies from offering unusual pricing schemes their competitors can’t match.

In short, we’ve protected ourselves from the economic havoc our aid agencies export. Boeing doesn’t worry about people offering free airliners; ExxonMobil doesn’t have to compete against people who offer free oil; Foster + Partners doesn’t need to worry about firms that do free architecture. Why and how do we expect African entrepreneurs to develop, compete, or have any shred of enthusiasm in this environment? By injecting free goods and services into the economies of the poor, we’ve given them predators rather than friends.

Sure, you can still hear free music on the sidewalk, or on a nice day in Central Park, or in the London Underground. But even success barely buys a free lunch these days. 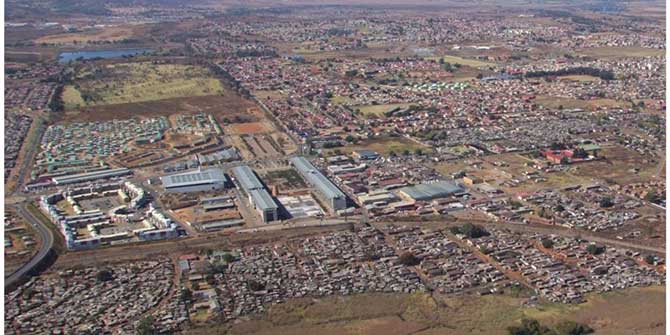