LSE’s Raj Verma describes the book India in Africa as a welcome addition to the growing literature on  the South Asian giant’s engagement with the African continent. Read more articles in the “Why India-Africa relations matter” blog series.

Tomes of literature and scholarly work are attributed to China’s presence in Africa. There are myriad books, journal articles and reports from think-tanks on China in Africa which focus on the developmental impact of China in Africa – whether as coloniser, partner or competitor.

In comparison, there is a paucity of literature on India in Africa, but it is gaining currency. A variety of scholars has focused on Indo-Africa cooperation in the struggle against colonialism, apartheid and other instances of political oppression. There is also very rich literature examining the Indian diaspora in East and South Africa. Since 2006, there has been a modest surge in writing on more contemporary interactions between India and Africa. Comparisons have also been made between India and China in Africa.

India in Africa: Changing Geographies of Power is a compendium of articles on India’s engagement in Africa. It draws on contributions from scholars from countless fields: geography, political science and international relations, international development, conflict management, history and anthropology among others. It provides a holistic overview of India in Africa and avers that India’s role in Africa is going to increase. The book is a contribution to the growing literature on “emerging” or “rising” powers, and compares and contrasts India and China’s engagement in Africa.

The co-editors point out that the book focuses predominantly on India in East Africa especially Kenya with a chapter each on India in West Africa and India’s military cooperation with African countries in the Indian Ocean Rim. A major theme of the book considers India as an alternative development partner in the continent. The book also discusses India-East Africa economic linkages, identity and strategic instrumentality of South Asian community in East Africa, civil society relations, diplomatic manoeuvring for energy security, development cooperation and aid, geopolitics, security and maritime strategy. A novel feature of the book is that, unlike most contributions on India or China in Africa which are based on anecdotal evidence, part 2 of the book India in East Africa is based on fieldwork case studies, especially interviews.

The book asserts that in the new millennium, India ventured into Africa to meet its energy security by diversifying its sources of energy away from the Middle East due to increasing political instability. India has also turned to Africa to quench its thirst for natural resources especially oil to fuel its industrialisation process and catch up with the West, new markets and commercial opportunities, and for economic and political influence in the continent.

There is a wide consensus among the contributors that India’s engagement in Africa is chaotic, lacks coherence with a multitude of actors and sectors engaging in Africa. India is in China’s slipstream and is playing catch up. According to Cheru and Obi (in Chapter 1), in the long term India will have a comparative advantage over China in Africa as a result of its diaspora, strong educational system, democratic tradition and proximity to the continent. Like China, India does not want to provide a model of development (Mumbai consensus vis-à-vis Beijing consensus). Moreover, even if India did, it is not immediately clear which it might promote.

Contributors also point out that China and India are competitors with similar interests and Africa is strategically more important for India than China especially with respect to energy security. India is wary of China’s increased presence and interaction with African countries in the Indian Ocean Rim (Chapter 11). India, like China, has a “no strings attached” policy, but is seen in positive light compared to China, and its non-interference policy has escaped criticism so far. This is because India, unlike China, does not have a “go global policy” for its corporates. However, this might change as India’s economic, political and diplomatic engagement increases in Africa.

Contributors highlight the discord and possible foreseeable dissonance in India-Africa relations. They contend that India should be mindful and take measures to ensure that it does not lose its goodwill and become bracketed as a neo-colonialist with China. Naidu (Chapter 3) provides suggestions that India should adopt to overcome this and project itself as a development partner.

This volume, like the majority of books, journals and think-tanks reports, treats Africa as a monolith. The continent comprises 53 disparate countries with heterogeneous culture, political economy, and economic and social development. India’s engagement in Africa would be better demonstrated and explained by individual country or sector case studies rather than sweeping generalisations of a continent which is twenty times the size of India and six times bigger than China. Moreover, India and China are viewed through the lenses of competition and rivalry. Africa, like the Indian Ocean, is large enough to provide ample opportunities for both India and China based on their comparative and competitive advantage.

The book does not make any novel thematic additions to existing literature although it does highlight some important facts which were previously missing. For instance, India is also in Africa to garner capital resources and investment from African countries like Mauritius which is the largest foreign direct investor in India. In Chapter 1, Cheru and Obi claim that China is in Africa to ensure that it can isolate Taiwan diplomatically. This is incorrect. Sino-Taiwanese rivalry for diplomatic recognition was significant in the 20th century for both countries (Alden, 1997). However, in the early 21st century, the “dollar diplomacy” or “diplomatic rivalry” became less significant for Beijing (Taylor 2009, Beri 2007, Alden, Large and Oliviera, 2008 and Tull, 2008). With the diplomatic truce between Taiwan and China in 2008, the struggle for diplomatic recognition between the two countries has ended (Yu, 2010; Zhu, 2010).

The contributors to the book are predominantly either African or part of an Indian diaspora in Africa or scholars working on Africa based in Europe. There is only one contributor from India. Greater contribution from Indian scholars would have provided a more balanced view.

Nonetheless, the book is a welcome addition to the extant literature on India’s engagement with Africa. 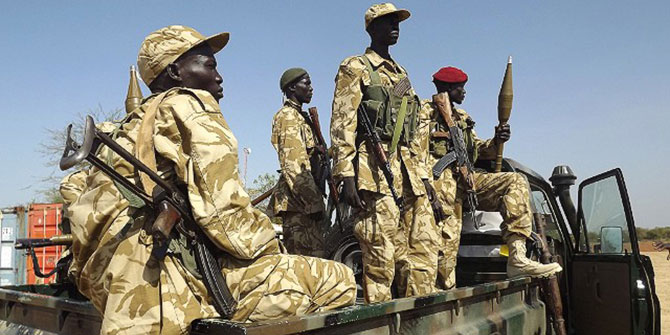 Bad Behavior has blocked 1393 access attempts in the last 7 days.