In this post, Dr Sumit Roy* highlights the thinking and the strategies underlying the growing and controversial economic ties between India and Africa in the context of the latter’s pursuit of globalization.¹ Read more articles in the “Why India-Africa relations matter” blog series.

Africa’s quest for globalisation has been underscored by domestic and external forces. Internal policies centre on the key sectors – agriculture, industry and services – and the use of monetary and fiscal instruments. External policies interact with measures on trade, capital flows, and aid – import substitution and export led growth, capital flows (FDI and portfolio), and public and private grants and loans. Import substitution may displace labour due to a shift in demand from domestic to foreign goods and services while export-led growth can stimulate output and employment-expansion of existing and new industries. Domestic-external policies are driven by a shift from the state to the market. In this respect, African economies have been open but with unequal bargaining power vis-a-vis developed countries. Commodity exports have dominated with imports of manufactured goods, falling terms of trade, low levels of FDI, declining aid, dependence on developed countries and limited inter-regional trade and investment. On the domestic front, the major sector has been agriculture, with limited industrialisation, extensive rural and urban poverty and unemployment. Such obstacles have been intensified by poor governance and inter and intra-regional conflicts.

In this context Africa’s growing ties with Rising Powers such as India could be harnessed to induce structural change and stimulate growth and development. This poses challenges and opportunities. In this respect, a fuller understanding of India’s thinking and strategies on Africa sheds light on the issue. This unfolds a marked shift in emphasis from ideology and politics to economic development.

India’s perception of Africa in the post-cold war era was shaped by five “Mantras” (chants) – economic co-operation, engaging the PIO’s (Persons of Indian Origin), preventing and combating terrorism, preserving peace, and assisting African defence forces. India’s links with Africa can be traced to the pre-colonial period. This was firmly rooted in migration and commerce in the 18th century.  In fact trade and other economic relations between the two existed long before colonialism. For instance, India’s business links with East Africa were utilised by traders for imports, exports and shipping. Concurrently, Mahatma Gandhi’s “satyagraha” movement in South Africa (1906-1914) fought for the rights of Indians.

The basis of India’s Africa policy after independence (1947) was shaped by Jawaharlal Nehru, India’s first Prime Minister. This was on two fronts – first the struggle against colonisation and racial discrimination in South Africa and secondly through People of Indian Origin (PIO). However, there was little African support for India on the diplomatic front in multilateral fora such as the Non-Aligned Movement. From the mid-1960s to the early 1980s, there were a couple of upgrades to India’s Africa policy with the enhancement of economic diplomacy.

Over the past four decades India has provided more than US$2 billion in technical assistance to countries in the South. The bulk has gone to Africa. In the last decade, a number of initiatives promoted trade with the African private sector.  In this respect only time will tell if Gandhi’s hope will prevail that “the commerce between India and Africa will be of ideas and services, not of manufactured goods against raw materials after the fashion of western exploiters.”²

Similar thoughts have been echoed by Adebayo Adedeji, an African expert, who emphasised that India-Africa trade should not replicate the unequal Africa-developed country relationship.

Alongside economic exchange India has regularly contributed troops to peacekeeping missions on the continent. Since 1960, 100,000 Indian troops have participated in over 40 missions. Admittedly, the country also has a vested strategic interest in backing such measures as it needs the support of African nations to gain a seat on the UN Security Council.

These burgeoning links culminated in the India-Africa Delhi Summit in April 2008 with 14 African nations participating. The aim was to reinforce firm partnership in core areas – trade, energy and co-operation on global issues such as UN reforms, terrorism and climate change. At the same time India was keen to enlist the support of African nations in international peace and security, poverty reduction, and co-operation and partnership on human resources development, health, capacity building and ICT. Optimism for the summit was bolstered by a sixfold increase in India-Africa trade over the previous 5 years. However, this was still far below China’s staggering US$55 billion trade with Africa along with investment of over US$8 billion – about four times that of India. Despite lagging behind China, the Minister of State for India’s external affairs firmly asserted its “time tested” relationship with Africa. The Indian prime minister also emphasised that the vision of the summit was based on “the fundamental principles of equality, market respect and mutual benefit”. Such sentiments are intertwined with India’s post-cold war strategy to enhance its regional and global power and meet its future energy needs through closer associations with regions such as Africa. This was explicitly echoed by the Indian Petroleum Minister, Murli Deora, “Africa is pivotal to our energy security and we have decided to have a sustained engagement with them.”³

The summit adopted the Delhi Declaration and the Framework for Cooperation which professed to enhance Indian and African development. The key goals of the summit were:

These promises were reaffirmed at the 2nd India-Africa Summit in Addis Ababa, Ethiopia in May 2011. There was an emphasis on boosting trade from US$45 billion in 2011 to US$70 billion by 2015, and providing aid of US$500 million in addition to the US$5.4 billion previously pledged. There were also plans to enhance capacity building through creating regional centres of excellence and other forms of training in different African countries over a five-year period. Moreover, there were discussions on curbing piracy and terrorism as well as mutual support for an Indian and African seat on the UN Security Council.

India’s economic inroads into Africa cannot be separated from controversy over some of its deals such as its oil exploration contract with Sudan and trade agreements with Zimbabwe. Moreover, concerns exist over Rising Powers such as India and China renting African land to produce food and other crops for re-export. This impinges on the sensitive issue of land acquisition, displacement and resettlement of peasants, and the role of African states and non-state actors in the process.

Beyond economics, the penetration of India into Africa impinges on wider socio-cultural questions. Alas, India’s poor knowledge about Africa, often based on colonial stories and selective reports on famines, droughts and wars, have created distorted images. These need to be corrected through informed media and cultural exchange. In Africa, too, images of India, based on a mix of romantic Bollywood movies and songs, the behaviour of Indian traders, and stories about its recent growth, have tended to mask the challenges faced by the nation and the majority of its people. Possibly, if both thrive from economic ties, there will be scope for dialogue and enrichment via each other’s culture. No doubt genuine “person-to-person” interaction could foster a deeper exchange between the two through civil society associations, information technology, travel and educational trips. Such moves could usher in Gandhian notions of the ties going beyond material interests and embracing a more humane non-exploitative relationship.

India’s relationship with Africa poses short and long term challenges and opportunities in the frame of economic transformation. Ultimately, however, African states have to devise firm bargaining strategies vis-a-vis Rising Powers such as India in order to bolster their own vision of development and globalisation.

¹This draws on the author’s lecture ‘India, a ‘Rising Power,’ and Africa: challenges,’ Centre of South Asian Studies, School of Oriental and African Studies, University of London, 16th January 2013. Also see his  ‘China and India, the ‘Emerging Giants,’ and African economic prospects,’ Global Policy Essay, Global Policy, London School of Economics, July 2012 and ‘And what about India and Africa? The road ahead,’ in Stephen Chan (ed) The Morality of China in Africa. The Middle Kingdom and the Dark Continent, Zed Books, London and New York, 2013 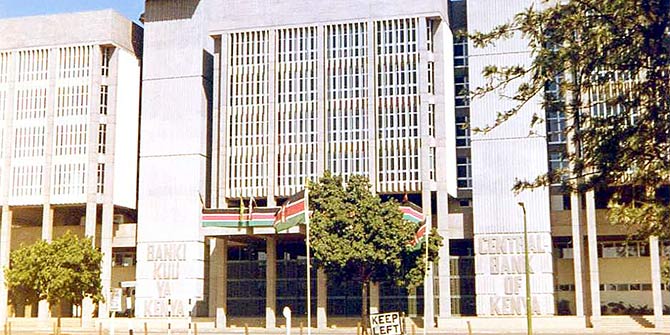