When it comes to responding to human suffering, are we turning into a nation that clears its conscience with a cheque? A new book by LSE professor Lilie Chouliaraki discusses this theme.

Lilie Chouliaraki was living in Denmark in September 2001 when al-Qaeda unleashed a terrorist attack on the United States, killing almost 3000 people.

For the next week, the world was consumed by wall-to-wall coverage of the event. Normal scheduling was suspended as graphic images from the terrorist attack were splashed across TV screens 24 hours a day.

The saturation was exhausting, intense and – according to Professor Chouliaraki  – disrespectful to the millions of people who die around the world in silence every day, in circumstances just as tragic.

“There is no doubt that 9/11 was an appalling tragedy and led to enormous political ramifications for the world, but the media’s response left me stunned,” says Chouliaraki, a Professor of Media and Communications at the London School of Economics and Political Science.

It was the trigger that took her down a research path focusing on, among other things, the ‘hierarchy of suffering’, in her book The Spectatorship of Suffering.

“What 9/11 showed very clearly was how the western media grades news, particularly relating to human suffering.

“Floods, famine and war kill millions of people every year, but because the media present these as removed from the realities of the developed world, it means very little to the majority of westerners.

“September 11 hit home because it happened to a nation like ‘us’. Even though the number of people killed was relatively small on a global scale, the worldwide impact was massive,” Professor Chouliaraki says.

This hierarchy of suffering is a reality of which global humanitarian organisations are only too well aware.

Trying to drive home the senseless tragedy of 30,000 African children dying each day from the effects of disease, famine and civil war is an uphill battle for the likes of Amnesty International and Save the Children.

Do images of Angelina Jolie in war-torn Rwanda motivate people to donate, do concerts such as Live 8 really make a difference, and do campaigns that invite us ‘to click and give’ help us change people’s lives?

“Donors are giving more and subscriptions are increasing, but the quality of engagement is falling. In other words, people give but they don’t care. They don’t mind donating money but they have no desire to become involved beyond handing over a cheque.”

It’s a seismic shift from the attitudes of half a century ago, where people took to the streets in their thousands to voice their support or otherwise for a cause.

“Celebrity, show business and corporate advertising have changed the communication of solidarity. Our care towards vulnerable others no longer has to rely on conviction and values, but is a matter of lifestyle choice – the choice to click and buy a Christmas present, do an online quiz or follow a favourite celebrity online.”

In her most recent book, The Ironic Spectator: Solidarity in the Age of Post-humanitarianism (Polity, 2013), Professor Chouliaraki calls it a shift from the ‘solidarity of pity’ to the ‘solidarity of irony,’ prompted by three major changes.

“The 1960s was the era of big political visions, marked by the civil rights movement and the rise of feminism. The end of the Cold War has given way to a more pragmatic society where idealism is tempered with pragmatism,” Chouliaraki says.

The increase in NGOs all vying for the same pool of money has also transformed the humanitarian sector from volunteer-run organisations to slick, corporate machines with sophisticated advertising messages.

Lastly, the global explosion of social media in recent years has changed the way individuals and society communicate, giving everyone a voice.

“This last factor has been a double edged sword for the humanitarian sector. While people can express their views about human suffering in a very personal way and donate funds with a click of a button, social media has thinned out the level and depth of engagement. People can state their position in 140 characters or a ‘like’ click. Moreover, the focus is on how they feel rather than who distant sufferers are and what they need.”

The sum effect of these incremental changes is a new, post-humanitarian moral position when it comes to ‘distant suffering’, Chouliariki says.

“Humanitarian agencies appeal to people on a different level now.

“They do not try to engage people on a deeper level nor do they ask the difficult questions of social justice. They encourage them, instead, to be good to others by feeling good about themselves.

“This poses bigger questions about what kind of citizens do we want to be? Do we want to be consumers in a marketplace of compassion? Or do we want to keep an important civic conversation going about who we should care about and why? ” 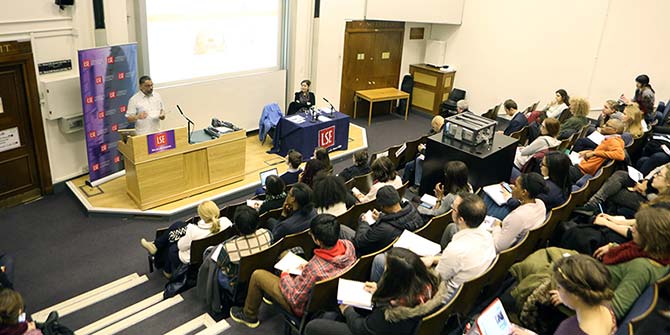 Bad Behavior has blocked 1558 access attempts in the last 7 days.