Most people, when you mention East Africa and World War One, immediately refer to German General Paul von Lettow-Vorbeck and Allied commander General Jan Smuts. However, what is not generally known is that Smuts served in the theatre for only 11 months and was one of ten Allied commanders who led forces against Lettow-Vorbeck.

Command of the British forces in East Africa was split between the Colonial and India Offices with the War Office keeping a watchful eye. The Admiralty was strategically involved, moving troops, blockading and engaging the enemy on water. So was the Foreign Office, responsible for keeping allies informed and on board despite differing, and sometimes conflicting, aims.

There had been some discussion about keeping the theatre neutral but this was felt to be impossible given the actions which had occurred by mid-September 1914. From the British perspective, naval demands dictated that German wireless stations be put out of action. This seemed to be as far as action would go because the Prime Minister was clear that the war could not be used for territorial gain. Despite this, it was agreed that two Indian Expeditionary Forces (IEF) would go to East Africa, one to help defend British East Africa and the other to attack Tanga, a port in German East Africa (now Tanzania). The outcome of the fiasco at Tanga was that the War Office assumed control of the theatre while the India Office remained responsible for supplies. Although strategy was more streamlined, by the end of November 1914 the northern sector had seen three commanders, namely Captain LES Ward (King’s African Rifles), General JM Stewart (IEF C) and General AE Aitken (IEF B). It had fallen to Ward to protect the British colony in the first days of the war working alongside a Governor who privately resisted conflict. During his watch, the Germans attacked and occupied Taveta; the only British territory held during the Great War.

Before Smuts arrived in February 1916, the northern sector saw two other commanders: General Richard Wapshare who oversaw the actions at Jassini in early 1915 and General Michael Tighe who remained in place from April 1915. Tighe maintained a defensive position until instructed to attack Salaita Hill in February 1916 in an attempt to evict the Germans from British territory. The attack failed. In Tighe’s defence he was following a plan of action drawn up by General Sir Horace Smith-Dorrien and approved by newly-appointed Chief of the Imperial General Staff Wully Robertson on the latter’s first day in office. Both Smith-Dorrien and Robertson’s recent war experience had been on the Western Front, a very different environment and style of fighting from that in East Africa.

Smuts pushed the Germans south towards Portuguese East Africa and by the time he left, the German colony was almost clear of the Germans. Smuts, being first and foremost a politician, knew the significance of keeping people informed, and his optimistic view that “mopping up” was all that remained, dominated thinking. Those who followed, however, had their work cut out for them.

General Reginald Hoskins (KAR) assumed command on 3 January 1917 when Smuts left for London. Hoskins also took control of General Edward Northey’s Nyasaland-Rhodesian Field Force when the latter became Governor of British East Africa.[1] He oversaw the increase in the King’s African Rifles (KAR) battalions to replace white troops following the War Office’s realisation of the value of the black soldier. Hoskins’ appointment, however, was short-lived, six months, as it was felt he was taking too long to defeat Lettow-Vorbeck; despite the fact that he had spent three months implementing supply lines which had been previously non-existent and which would be imperative for any future drive against the Germans. Following consultations with Smuts, the War Office replaced Hoskins with South African General Jaap van Deventer. Operating in much the same way as Hoskins, van Deventer saw the campaign through to its conclusion on 25 November 1918, remaining in the theatre until January 1919; he was the longest serving British commander in the theatre – 20 months.

Smuts’ period of command stands out: he had the drive and was supported by a War Cabinet which had united to sideline the Secretary of State for War, Lord Kitchener to reinvigorate the campaign. But he was dogged by the legacy of their indecision about taking the war to East Africa, the extent of engagement and what their continued policy was. There were, in effect, too many divergent agendas at work and these impacted on what happened on the ground. The British had been their own worst enemy.

Anne Samson is an independent historian and the author of World War One in Africa: The Forgotten Conflict Among the European Powers. Read her African History blog. You can also follow her on twitter @gweaa.

Ross Anderson, The Battle of Tanga (2002)
Harry Fecitt, The Soldiers’ Burden
Edward Paice, Tip and Run: The untold tragedy of the Great War in Africa (2007)
Anne Samson, World War 1 in Africa: The forgotten conflict of the European powers (2013) 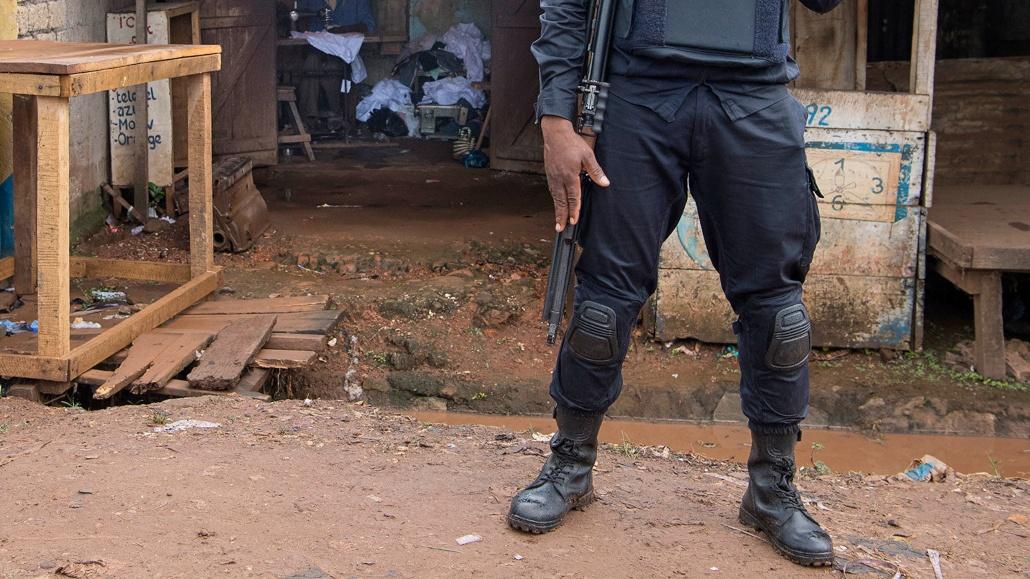