Land rights and conflict in Africa

Land rights and conflict in Africa

In a recent interview in the Washington Post, Laura Seay interviewed LSE’s Catherine Boone, Professor of Comparative Politics and African Political Economy, about her new book Property and Political Order in Africa: Land Rights and the Structure of Politics.

Q:  The central argument of “Property and Political Order in Africa” is that rising competition over property rights produces different forms of conflict over land, and that these forms of conflict vary based on local land tenure institutions like citizenship rules and jurisdictional boundaries. Could you set this argument in context?

Boone: My main goal was to overturn the image of government in Africa that has taken hold in much of the political science and policy work on Africa — that is the image of states as non-institutionalized, of government as consisting of fluid networks rather than structured relations, and of the rural areas as uncaptured and “ungoverned.” “Property and Political Order” reveals the existence of deep-rooted political institutions and political structure at the local level, and shows how these “local states” anchor national-level politics.  As a comparativist in political science, my goal was to produce a much more precise take on what is general and what is specific about state structure in Africa.

To do this, I show that political order in the countryside, where about 60 percent of Africa’s population resides, is built around local property institutions, and that central states have played a very important part in making this so. Property institutions define who gets access to what land, when, where, how, on what terms, and who adjudicates disputes.  In rural Africa, local authority structures, citizenship rules, and socio-economic hierarchies are embedded these rules. These arrangements structure politics at the local level and connect localities to the central state. A critical argument of the book is that local political structure varies across sub-regions of a given country — what you see in the farming districts of Kenya’s Rift Valley is completely different from what you find in the neighboring Kisii districts of Kenya — and these sub-regions connect to national-level politics in different ways.

These local political structures and their connections to national governments are extremely important for understanding all sorts of political processes that interest political scientists and policy markers, including electoral dynamics, ethnic relations, control over land and investment in agriculture, patterns of local mobilization in civil wars, and the possibilities for civil society.  Because conflicts in one sub-region of a country can “scale up” to engulf much of national politics (or conversely, create a stable regional anchor for a government in an otherwise unstable country), local dynamics can be critical in determining the fate of entire nations.

Q: Why did you focus on land conflict?

Boone: I chose to make “variation in forms of land related conflict” the dependent variable in this study (the phenomenon I tried to explain), for two reasons.  One is that is this was an outcome that I could track systematically across a very wide variety of places and situations. The different forms of land conflict (localized or not, ethnicized or not, private or public, overtly politicized or not) are evidence of differences how local property and authority arrangements create local socio-economic cleavage, hierarchy, and connections to the central state.

Q: Could you give an example of how this works?

Boone: In some sub-national regions of some countries, farmers have been given land by the government, or been granted access to land by the central government.  They may have been granted land on a settlement scheme, and view themselves (and be viewed as) “settlers.” Often, their claims to this land are contested by other local people who consider themselves the rightful indigenous landowners, and do not acknowledge the legitimacy of the government’s actions. This is a “sons of the soil” type of conflict that is rooted in rural property relations, and it can fester for years.  The settlers’ hold on the land remains tenuous — they are dependent on the government’s willingness to defend them and their land claims. If elections create an opportunity to displace this government, then settlers and/or “indigenes” may mobilize to defend/overturn the political status quo. If the settlers’ benefactors lose power, the settlers may lose the land. The underlying property relations give rise to a highly politicized form of land-related conflict.

This describes a dynamic that inflamed the farming districts of Kenya’s Rift Valley in the national elections of 1992, 1997, and 2007. A similar dynamic disrupted elections on a massive scale in western Côte d’Ivoire in the 1990s and 2000s, and in parts of eastern DRC in the early 1990s.  By contrast, there are sub-regions in each of these same countries in which successive rulers have given government backing to land tenure regimes that protect local ancestral or ethnic claims. Elections may come and go with no direct implications for land holding in the area, and no direct bearing on whatever land disputes may exist (be they inter- or intra-family disputes, or conflicts along ethnic lines). This pretty much describes the (non-)impact of elections on land conflicts simmering in Kenya’s Kisii districts, or in eastern Côte d’Ivoire, or most of DRC.

Q: Part II of the book addresses questions relating to ethnicity. How do ethnic identity and property rights relate to one another, and how do those relationships vary across the African cases you study?

Boone: In much of Africa, access to land is allocated or validated by government as an ethnic entitlement. In most subregions of most countries, members of state-recognized ethnic groups are entitled to claim land in their ethnic home area, or “homeland.”  This gives individuals and families very powerful incentives to embrace and maintain particular state-recognized ethnic identities that are linked to homelands.  In this way, this kind of property regime CREATES ethnic identity.  The property rules create incentives to (1) have an ethnic identity, and (2) embrace those particular ethnic identities that are tied to land entitlements in ethnic homelands.

This institutionalist and materialist account of ethnicity is direct challenge to current political science theories that take ethnic identities as exogenous to politics, or as ideational constructs that exist independently of the state. The rise of politically-salient ethnic identity has been endogenous to state-formation and state-consolidation processes in modern Africa.  I hope this argument comes across strongly in the book.

Q: Your findings rely on a comparative analysis of 32 case studies, a number of cases that is significantly higher than the norm in most studies employing case study analysis. What were the methodological and practical challenges of working with such a large volume of data?

Boone: The case study analysis conforms to the structure of the data.  There are no data sets on land conflict or property regimes in rural Africa. The World Bank figures that only 2-10 percent (by country) of rural land is survey and registered in Africa. Land in general is not taxed, and national statistics on the nature and/or distribution of landholding are very rare.

There is a tremendous amount of knowledge about landholding and land conflict, however. It lies in the work of agricultural and development economists, anthropologists, historians, scholars of natural resource management and local politics, conflict scholars; in land use surveys; and in the reports of governments, development agencies and banks, and NGOs. Using theory from political economy and the new institutional economics, I generated hypotheses linking “institutional causes” to “political effects.” I operationalized key variables on both sides of the causal equation and searched for evidence of values on these variables in local cases for which I had a lot of information. I did archival work on land politics in three countries and fieldwork in six regions of four different countries. The goal was to confirm/disconfirm the hypotheses that were formulated at the outset.

This analytic strategy did not yield the last word on the topics of land, conflict, and “the state”!  But I think it succeeds in creating a new way of seeing African politics and the African state, and a new way of understanding the political dynamics that animate both local and national politics in contemporary Africa.

As for the large number of cases (and all the fieldwork), well, this is why the book took a while to write.  I was grateful for the support I received from the ACLS, the West Africa Research Association, and the Long Chair at the University of Texas at Austin.  My two sons, who were high school students at the time, traveled to Africa with me four times, helping in the field with logistics, travel, and with recording and communications infrastructure.  Writing this book was a great journey into social science and African studies — I enjoyed every minute of it.

Q:  You find that property institutions are “created, enforced, and manipulated by states (both colonial and contemporary).” Given their role in creating land tenure institutions, can African lawmakers and other leaders do anything to prevent land-related conflict in contemporary African states? If so, what?

Boone: African lawmakers and leaders are often intimately involved in the politics of local land allocation, and in rural land disputes that can engulf communities and entire subregions of countries. Political power relationships and competition that runs from the local level to the national level (and from national to local!) is hard-wired into African land tenure regimes.

Q: You find that land institutions tend to be highly localized, and that they vary considerably across geographic space. This suggests that efforts by donors and policy makers in Western states to prevent conflict – which tend to focus on the national level – may be missing a key factor in understanding the causes of conflict in Africa. What advice would you give to international actors in this regard?

Boone: The idea that there is political struggle and conflict at the national level, and harmony in egalitarian, self-governing rural communities at the local level, is misleading.  Not only do micro-level tensions fuel conflict, as you and Severine Autessere have argued in the case of Eastern DRC, but these micro-level conflicts are also often directly connected to larger regional and national struggles for political power, control over territory, and control over resources. The local is not unconnected or peripheral to the national struggle — politics at the two scales is intimately entwined.  Showing why and how this works are really the main points of this book.

Laura Seay is an Assistant Professor of Government at Colby College. She studies African politics, conflict, and development, with a focus on central Africa. She has also written for Foreign Policy, The Atlantic, Guernica, and Al Jazeera English. 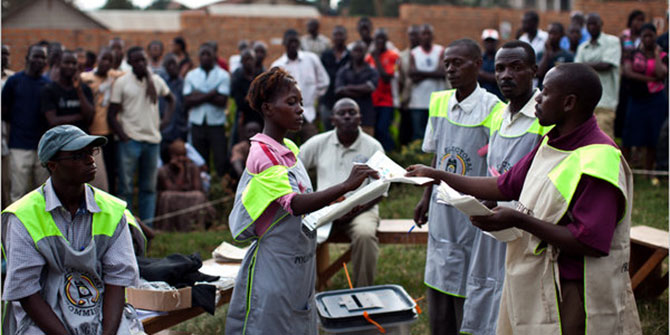 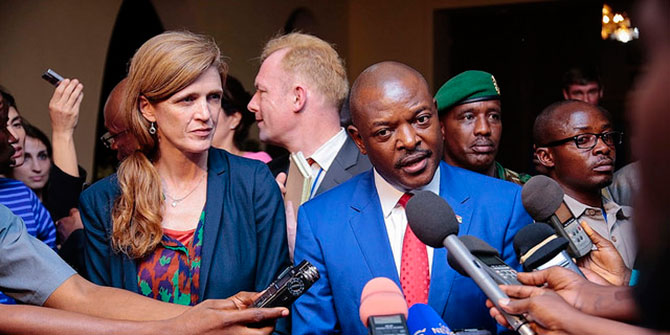 Bad Behavior has blocked 3453 access attempts in the last 7 days.