In Women and Power in Postconflict Africa, Aili Mari Tripp provocatively argues that major conflict can have disruptive, egalitarian effects, catalysing women’s increased legislative representation. She demonstrates how conflict has often pushed women into socially valued domains, where they demonstrate their equal abilities and thereby undermine prevailing gender ideologies. Alice Evans explores the theoretical insights of this important scholarship, arguing that the book sheds light on much broader processes of egalitarian social change common to the Global North and South alike.

tream portrayals of women as victims, Women and Power in Postconflict Africa illustrates that postconflict African countries typically exhibit higher levels of female representation. Why is this?

However, conflict is not in itself transformative. Women’s movements have played a key role in pressing for egalitarian reforms in postconflict countries. Their influence appears mediated by the national and international context. At the national level, transitions to multipartyism in the early 1990s greatly expanded the political space for feminist lobbying. But authoritarian restrictions remain in some postconflict African countries, such as Angola (where executive power is reinforced by substantial oil and diamond wealth).

The 1990s also heralded a shift in global and regional norms, with greater support for women’s rights. This appears to have compounded pressure on national governments to enact more equitable laws and policies. Curiously, however, there is no apparent correlation between foreign aid (either general or gender-focused) and female representation. A damning indictment of donor interventions? Or are international influences primarily normative, rather than financial?

The disruptive, egalitarian effects of major conflicts are not unique to Africa. In the United States, Britain, Germany and Austria, women won the right to vote following World War I after working as nurses, munitions workers and bus drivers. Neutral Switzerland delayed universal suffrage until 1971. By highlighting these global parallels, transcending stifling siloes of research in the Global North and South, Tripp enables us to see and learn from common processes of egalitarian social change.

I actually think Tripp could go further here in drawing out theoretical insights with global relevance. The disruptive, egalitarian effects of conflicts parallel dynamics relating to female labour force participation. Across the world, neoliberal economic restructuring appears to have triggered a shift in perceived interests. As median male wages fell (from $41,000 in 1973 to $23,000 in 2013 in the US, for instance), families increasingly came to regard women’s employment as advantageous. Prolonged exposure to women demonstrating their equal competence in socially valued, masculine domains appears to have undermined gender ideologies, catalysing growing support for women leaders. Both major conflict and long-term financial hardship appear to act as critical junctures, enabling a shift in perceived interests, growing flexibility in gendered divisions of labour and attitudinal change in turn.

Going forward with Tripp’s analysis of egalitarian disruptions (through conflict and economic hardship), I would be keen to see greater discussion of positive feedback loops and ideological change. For herein lies an apparent inconsistency. Tripp’s premise is that women’s performances of socially valued roles during conflict shifted their gendered self-perceptions. Ugandan women came to ‘express themselves as autonomous and capable rather than as vulnerable and dependent’. Curiously, however, cross-national Afrobarometer data indicate that ‘postconflict countries exhibit […] less support for women as leaders’. Does this undermine Tripp’s argument?

I think not. While at first glance the quantitative data appear inconsistent with the causal mechanisms posited, they can be made compatible. Reading Tripp’s in-depth descriptions of Liberia and Uganda, it occurs to me that conflict pushed some (but not all) women to undertake socially valued economic and leadership roles. By realising their strengths and importance, those women came to broaden their horizons and aspire for political office. Furthermore, through collective organising, such women spearheaded egalitarian reforms, and were increasingly supported by male colleagues. But such changes were not universal. Going beyond the data presented in Tripp’s book, we might speculate that some Ugandans were not exposed to flexibility in gendered divisions of labour and thus remained sceptical of women’s equal competence. But over time, with greater exposure to women in leadership roles in postconflict countries, I would anticipate higher rates of support. And indeed this is reflected in the most recent (2015) round of Afrobarometer data. In postconflict Burundi, Namibia and Uganda (though not Liberia, which lacks gender quotas), support for women’s leadership has increased over time. This indicates the power of postconflict gender quotas to enable symbolic representation and a positive feedback loop. Thus Tripp was right all along.

Besides exploring attitudinal change over time, we also need to examine the politics of implementation. Tripp largely focuses on legislative and constitutional changes. Postconflict countries consistently outperform on these indicators. For instance, 75% of postconflict Sub-Saharan African countries have legislation around violence against women, as compared to 50% of their non-postconflict comparators. But, as Tripp explicitly recognises, ‘more research is needed into the actual implementation of these laws’. I repeat this not to question Tripp’s hypothesis, but rather to pinpoint key drivers of egalitarian social change. If gender-based violence (GBV) laws have been neither well-funded nor impacted cultural expectations, prevalence or prosecutions, it may be that they were merely designed to feign egalitarian concern. If so, how might we increase accountability for implementation? How can women’s movements in postconflict countries ensure that their national-level victories materialise in district-level practice?

I look forward to Tripp’s future pioneering work in this field. Women and Power in Postconflict Africa is everything one might hope for: rigorously researched (in-depth qualitative, process-tracing complemented by cross-national regressions), highlighting global parallels and theoretically significant.

Dr Alice Evans is a Lecturer in Human Geography at the University of Cambridge. You can follow her on Twitter @_alice_evans. 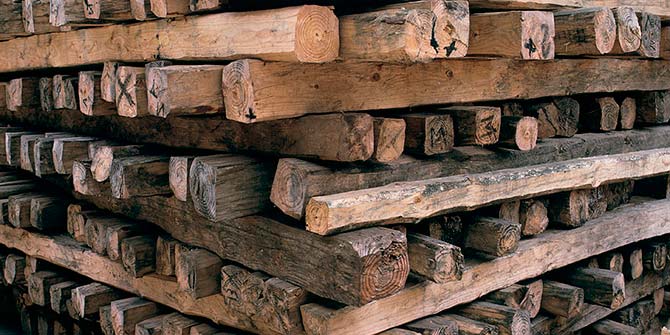 Bad Behavior has blocked 4222 access attempts in the last 7 days.