Ali Mansoor and Salifou Issoufou of the IMF discuss the challenges ahead as Senegal and other countries work towards becoming emerging economies.

Around forty developing countries in the world have sustained high growth rates since 1990 and have either become, or are well on the way to becoming, emerging market economies. In the process, not only have their per capita incomes more than doubled in this period, but social indicators have improved with an average increase of almost 25 per cent in the Human Development Index (HDI).

Unfortunately, a large number of countries, including Senegal, have failed to achieve such rapid improvement in socio-economic conditions. In the case of Senegal, an average annual growth rate of per capita income of about ½ a percentage point from 1990 to 2013 have brought stability and some reduction in poverty but left the country far behind its potential.

In response, President Macky Sall, who was elected on a reform platform, has developed and strongly owns a national development plan, the “Plan Sénégal Emergent” (PSE). The PSE provides a blueprint for the country to exit the trap of low growth and high poverty of past years. It intends to make Senegal a hub for West Africa by achieving high rates of equitably shared economic growth needed to become a middle-income emergent market by 2035.

To achieve this will require breaking with the past and opening economic space for SMEs and FDI. The current challenge is how to navigate the political economy of reform to implement the measures needed to move Senegal to a path to higher living standards envisaged by the PSE. This means knowing how to implement the outstanding reforms by drawing on international experience, either from peers or experts.

In this spirit the International Monetary Fund (IMF) has, inter alia, helped Senegal work with peers from African middle income countries that have successfully negotiated the political economy of reforms required to exit low income status. The focus of this dialogue has been on how to implement reforms. The initial partners are Cabo Verde, Mauritius, Morocco and Seychelles.

Earlier this year, and in collaboration with Senegalese authorities and the World Bank, and with support from the European Union, the IMF organised a workshop in Washington, DC, from January 4 to 11. Ten Senegalese authors from the government and university interacted with peers and experts from the World Bank and IMF to write the first draft of a book on the political economy of reforms. This book may be helpful not only to Senegal in clarifying how to implement reform but also for other low-income countries wanting to advance to emerging economy status.

The book draws on policy lessons from successful countries that have managed to overcome some of the political economy constraints to reform to graduate to middle-income emerging economy status. The areas covered by the book include (i) creating a sound, balanced and efficient fiscal framework through new revenue-raising measures, expenditure rationalisation and more efficient public investment; (ii) relieving constraints to doing business and promoting private investment, including FDI; (iii) promoting an inclusive and deeper financial sector; and (iv) achieving high, sustained, and inclusive growth. As many low-income countries in sub-Saharan Africa face similar challenges in their aspiration to move to middle-income status, this book has broader application to the SSA region.

The book represents an excellent collaborative effort with country officials in Senegal, experts from peers including Cabo Verde, Mauritius, Morocco and Seychelles, and experts from the IMF and the World Bank. This field could be widened to engage academia more prominently. It is in this spirit that a presentation will be held at LSE on March 17 entitled The Political Economy of Change in Africa – the Case of Senegal. We believe that LSE could help develop the intellectual underpinnings for such an effort in Senegal and possibly more widely in other parts of Africa.  The key evolutionary change from existing approaches would be to focus on homegrown reforms identified by those with the mandate for implementation. Peer learning and international experience can help these reformers by suggesting successful strategies to build winning coalitions so the reform can move forward.

Ali Mansoor is the IMF Mission Chief for Senegal and former Financial Secretary in Mauritius.

Salifou Issoufou is an IMF economist.

Hear Ali Mansoor and Salifou Issoufou speak at LSE on Thursday 17 March. Follow this link for the event details. 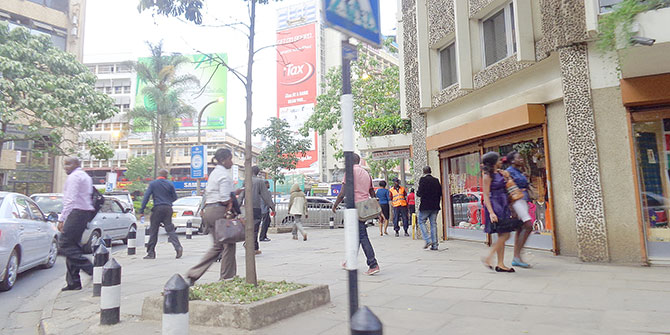 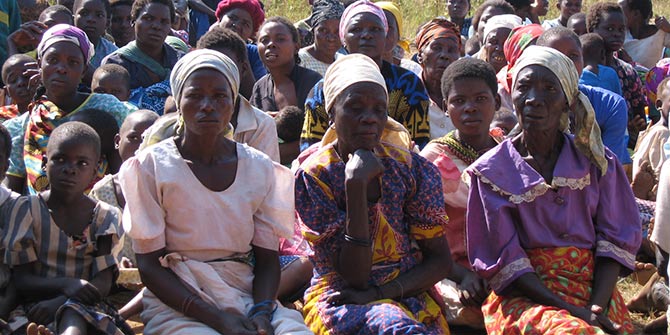 Bad Behavior has blocked 2455 access attempts in the last 7 days.