Emily LeRoux-Rutledge discusses the importance of dialogue as a method of imparting information in a South Sudanese health programme.

On a hot, dry day in a village in the North of South Sudan, ten Dinka-speaking women are sitting under a tree listening to the radio. A local midwife on the radio is trying to debunk the traditional belief in ruaak.

Ruaak dictates that if you become sick while pregnant, it is because you have not confessed to your pre-marital sexual relationships.

At the end of the program, discussion ensues. The women under the tree begin to debate the midwife’s words.

“All that she said is true,” one woman claims, “We appreciate her.”

“A long time ago, the reason they were saying there was ruaak was to scare the girls so that they didn’t play around…,” another woman reflects. “It’s like they were controlling girls.”

But not everyone agrees with the midwife. “When I was young,” says another woman, “there was a girl who was living in the same village as me. The girl slept with her uncle. She gave birth to a baby who was sick. The baby passed away, and the mother was suffering from very bad diarrhoea… She asked the people, ‘if I confess to you, will I survive?’ The people said ‘yes, if you confess, then you will survive.’ She confessed to the people. After confessing, the diarrhoea stopped… For those who are saying that diarrhoea is being brought by malaria, why does it stop when someone confesses their ruaak? That’s what I want to know.”

The women discuss further. At the end of the conversation, they agree: ruaak does indeed exist; the midwife on the radio is wrong.

The importance of dialogue

This example demonstrates what health communicators and social psychologists have known for many years – that providing information is not enough.

“Learning doesn’t happen through an information injection,” says Professor Catherine Campbell, founder of the Health, Community and Development program at the London School of Economics. “It happens through dialogue.”

Dialogue means two-way communication. Yet, when we use the media for Social and Behaviour Change Communication (SBCC) – to increase knowledge, change attitudes or shift social norms – the communication is often one-way. We ask ourselves, ‘How can we persuade?’ rather than, ‘How can we listen?’

Some might say that conducting audience research, or setting up listening clubs, solicits the views of audience members and gives them opportunity for dialogue – and this is true. But not all audience members have the opportunity to participate in research or listening clubs, and most audience members will never hear the dialogue that takes place in such fora. Why not allow the dialogue into the media, foregrounding the voices of the very people whose health is at risk? This can be done in a variety of ways, including on-air group discussions, call-in programs, and debates.

To some health communicators, this may seem radical. It means that health experts could lose control of the message. It means that factually inaccurate health information could be disseminated to millions of people.

Why should we do this? Because the dialogue is taking place anyway; and it is through dialogue that people are making up their minds. By listening, as well as talking, health communicators can help facilitate the conversation, better understand the debate, bring the voices of the marginalised to the ears of the powerful and take advantage of the opportunity to challenge information that contradicts their views.

There is the potential for the media to act as change agent, but it should recognize that at the end of the day, people will make up their own minds. The best way to get them to make up their minds in ways that facilitate healthier behaviours is to build health-enabling communities, where people themselves participate in the process of change.

This article was first published on the Justice and Security Research Programme (JSRP) blog.

Emily LeRoux-Rutledge is doing a PhD in the Department of Social Psychology at LSE. In partnership with Internews, she is conducting research on the impact of media narratives on women’s empowerment in South Sudan. She is also a research and evaluation consultant with eight years of professional research experience managing media research, social research, and monitoring and evaluation research in 22 developing countries across Africa, Asia and the Middle East.  Contact her through her academic website or professional website, or follow her on Twitter @LeRouxRutledge 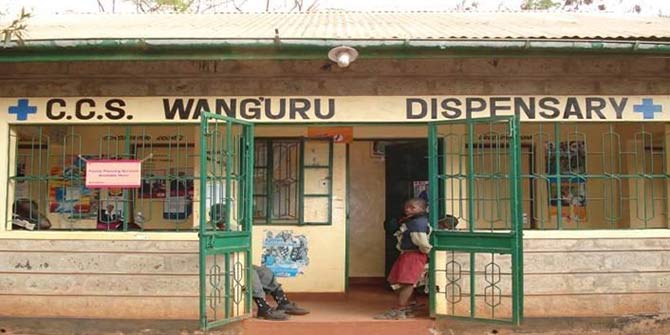 Bad Behavior has blocked 1976 access attempts in the last 7 days.