1 (In East Africa) a soldier or police officer

‘I voted (to leave) because I didn’t think that way was going to win’.  These were the words of a distraught caller interviewed on BBC Radio 5 Live three days after the recent EU Referendum.  Though spoken in an entirely different context, they immediately reminded me of what this book does so brilliantly – that is, to call attention to the intricacies of human motivation, the limitations of grand explanations and supposition, and thus also the beauty of doing History.  Either that – or the failure of the UK education system in teaching elementary mathematics.  Perhaps Michael Gove had been more strategic than we thought?

Why did former African National Congress (ANC) activists collaborate with the South African authorities during apartheid?  What makes a person betray their kin and a cause?  What are the meanings of ‘betrayal’ and ‘collaboration’?  How much can these words denote in the context of complex human relations and motivations?  (If the answer is not everything, then are we even asking the right questions?)  These are some of the issues which drive this brilliant, thought-provoking book.  Author of the acclaimed Native Nostalgia (2009), this, Dlamini’s second book (Askari), won the Sunday Times Alan Paton Literary Award in 2015.

The story focuses on Glory Sedibe (aka ‘Comrade September’), a member of the ANC and its military wing, MK, who was abducted from Swaziland by an apartheid death squad in August 1986, taken across the border to South Africa, and ‘turned’.  Over the following few years, Sedibe divulged information about the ANC to the South African authorities, participated in police activities, and as ‘Mr X1’, testified in court against his former comrades.

He was not alone.  As the book makes clear, Sedibe’s story forms part of a bigger, painful, neglected story of collaboration and betrayal in the struggle against apartheid, which includes women, activists from other South African political parties, collaborators who were not askaris and even – the author hints – some of South Africa’s current institutional and political heavyweights.  Askari fills an important gap in our historical understanding of the struggle.  It also raises larger questions about the era of apartheid, its legacies, the significance of the past and memory in South Africa, the role of the Truth and Reconciliation Commission (TRC), the complexity of human actions and motivations, the difficulty of seeing or articulating the same, and therefore also often the limitations of the historical record.

These latter aspects I found perhaps the most fascinating.  Dlamini encourages us to interrogate our assumptions – to look to the personal, the emotional and the local as drivers of South African history which reach beyond the more common ‘black-and-white’ dichotomy.  ‘How different would the history of apartheid sound’, Dlamini asks, inspired by Njabulo Ndebele and Paul Gilroy, ‘if told, not as the story of a racial war, but of what we might call… a “fatal intimacy” between black and white South Africans?  This book seeks to contribute to efforts to render South Africa’s contemporary history in a manner that does not take race and apartheid’s language of race at face value.  It does not buy into apartheid’s assumptions about how race determined the moral choices and political loyalties of individuals.’

‘Race’ is neat as explanations go.  The alternatives are messier, though their applications immeasurably wider.  Askari is a powerful portrayal of a distant netherworld of brutality and apartheid death squads; yet whose emotional undercurrents and drivers would, dare I say it, be all too real and familiar to anyone who has ever lived.  Dlamini does not moralise.  Nor does he write in a way which allows the question of sympathy for Sedibe to arise.  However, there is no escaping the familiarity of the physical and emotional confines within which the protagonist found himself and which influenced his life choices.  There is love for a brother, the curtailment of a dream and an aspiration, the torment of physical and psychological pain, fear and coercion’s stranglehold.  Even a desire to hold on to life itself.  There is also the uncomfortable factor of agency, for, as Dlamini argues forthrightly, confines and influences can only explain so much: humans never cease to be ‘moral agents’; there are (almost?) always choices.

The author incorporates insights from other literatures, case studies and fields, including psychology, to dazzling effect, allowing him to probe possible motivations and actions deeply.  The book’s structure dances in a way which allows each factor its season and which provides ample space for both clarity and ambiguity.

If the reader might, at times, therefore be unsettled by the relative scarcity of archival evidence on Sedibe and the presence of conflicting accounts of his life (Dlamini is upfront about this at the start), this really just reinforces the argument.  The book is, for me, a beautiful example of all that a story of an individual should be: indefinite at times and all the more powerful and genuine for it.  As an alternative to histories of South Africa which focus on race, the book contributes much more than an important subtlety; yet, at the same time, it seems that one cannot escape the context – that is, apartheid’s tentacles and its enormous coercive capacity.

This book would appeal to anyone interested in South African history or contemporary South Africa, collaboration, counter-insurgency, memory, truth and reconciliation, biography and the practice of History.  Warmly recommended!

Askari: A Story of Collaboration and Betrayal in the Anti-Apartheid Struggle. Jacob Dlamini. Hurst Publishers. 2015.

Dr Rosalind Coffey recently completed her PhD in LSE’s Department of International History . She is a Guest Teacher at LSE. 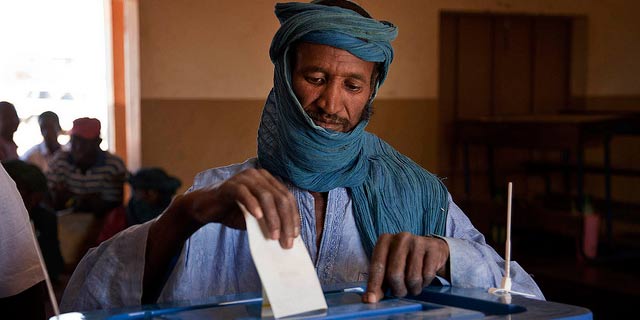 Bad Behavior has blocked 2639 access attempts in the last 7 days.