Hangala Siachiwena and Michael Wahman discuss four key factors that could determine the outcome of the 2016 Zambian elections.

On 11 August 2016 Zambians return to the polls. At the elections, voters will elect a president, members of parliament, and local representatives as well as vote in a referendum on an enhanced bill of rights and procedures for future constitutional amendments. It is only 19 months since Zambia last arranged elections. In fact, it appears like the country has been in a permanent state of political campaigning since the 2015 by-election triggered by the passing of incumbent President Michael Sata. The by-election was intensely contested by two front-runners: Edgar Lungu of the incumbent Patriotic Front (PF) and the United Party for National Development’s (UPND) Hakainde Hichilema (popularly referred to as “HH”). Lungu was able to carry last year’s elections with a paper-thin margin of only 27.000 votes.  Zambia’s 2016 presidential election is widely regarded a re-run of  that which took place in 2015. At first glance, not much seems to have changed. The two main contenders remain the same and few analysts predict a strong third-party bid. However, many factors could potentially shift the results from 2015. In this blog post we will concentrate on four especially important factors: the uncertainty of the urban vote, realignment within the main political parties, the inclusion of new voters, and the presence of political violence. These four factors are likely to determine the outcome of the election and will also shed some important light onto some larger debates within African electoral research.

As noted above the PF’s winning margin in 2015 was miniscule. For the opposition the key to winning the election is to identify where to make up for the small PF advantage. HH has picked a running mate, Geoffrey Bwalya Mwamba (popularly referred to as ”GBM”), from outside the UPND’s traditional strongholds. GBM comes from the rural and heavily PF-leaning Northern province. UPND is hoping that their choice of running mate will help them make inroads in the north. However, the rural vote is generally not anticipated to change drastically from 2015. Instead, the election may well be decided in the urban areas.  In a blog post on the 2015 by-election we wrote specifically about research on the African urban vote. Research shows how African incumbent parties have traditionally had a hard time holding on to their urban support. In Zambia, this was very much the case with the former ruling party, the Movement for Multiparty Democracy (MMD). MMD went from being a dominant force in the cities in 1991 to becoming an almost exclusively rural party in the 2011 election. In last year’s by-election PF held on to both urban provinces, Lusaka and Copperbelt. However, UPND increased its vote share from 11 to 36% in Lusaka and from 4 to 24% in Copperbelt. The importance of the urban vote is manifested by the political parties’ frequent campaigning in the cities. For UPND to carry the election they will need to increase their support in Lusaka and the Copperbelt, especially given the increased number of registered voters in both these two provinces (see below).

Zambian politics is known for ever-shifting elite re-alignments. Such re-alignments create considerable uncertainty. This election is certainly no exception. The opposition has benefitted from important government defections. Hichilema’s running mate, GBM, left PF last year. Some former Sata allies including former Vice President Guy Scott, who campaigned with Lungu in last year’s election, have also joined UPND. However, UPND has also suffered some defections to the rivaling PF. The former ruling party, the Movement for Multiparty Democracy (MMD) fragmented into two factions after its loss in 2011. One of the factions is now in alliance with the ruling party and the other with UPND. These defectors are all politicians with national profiles, in addition, it is also likely that similar political realignments are taking place at the local level. The politics of coalition formation has attracted considerable interest in recent African political science. The ability of the opposition to attract heavyweight government politicians suggests a general perception that the opposition is a viable alternative in this election. However, the question remaining is how important these realignments will be for electoral outcomes. Will voters follow their locally popular leaders or will they stay loyal to their parties?

Voter turnout in the 2015 presidential election was remarkably low, at only 32%. The turnout was likely affected by the timing of the election (during the rainy season) and the short campaign period. Turnout in 2016 is likely to increase. Moreover, approximately 1.7 million new voters have been added to the voters roll. The 2015 election was conducted using the 2011 voter register, effectively disenfranchising all voters who had turned 18 after the 2011 election. In this election, these will be able to vote for the first time. Almost half of the new voters are in three of the country’s ten provinces; the Copperbelt and Lusaka (traditionally PF strongholds) and Southern (traditionally a UPND stronghold). Although the addition of new, mostly young, electorate is crucial it is important to note that research on African youth voters have shown that they are less likely to vote than their older compatriots. Traditionally the PF has done well among the urban youth by focusing its campaign on issues that resonated with this particular constituency, such as lower taxes, jobs, and the promise of “more money in people’s pockets.” However, whether PF’s popularity among the youth will withstand amid high youth unemployment and deficiencies in the educational system, remains unclear.

Zambia has a reputation for holding relatively peaceful elections. In Strauss and Taylor’s election violence classification of Africa, Zambia qualifies as one of the least violent countries on the continent. Sadly, the 2016 election has seen unprecedented levels of violence and intimidation. The high levels of violence have overshadowed much of the substantive debate in the electoral campaign. Much violence has been low-scale and not made it into the national press, while other events have been widely covered. For instance, Lusaka police shot and killed a female UPND protester in July and UPND supporters attacked a parliamentary candidate from fellow opposition party Forum for Democracy and Development (FDD) in Namwala (Southern province) earlier in the campaign period.  The high levels of violence prompted the electoral commission to take the radical step of suspending campaigns for 10 days in Lusaka and Namwala. For scholars interested in the effects of political violence the Zambian election will be an interesting case to observe. Predominant theories of election violence suggest that violence can lead to lower voter turnout, while also having a negative effect on the support for perpetrating parties. It will be particularly interesting to observe turnout levels in districts affected by violence.

Hangala Siachiwena is a PhD candidate in Development Studies at the University of Cape Town. Follow him on Twitter @TheRealHangi.

Michael Wahman is Assistant Professor of Political Science at University of Missouri. Follow him on Twitter @miwahman. 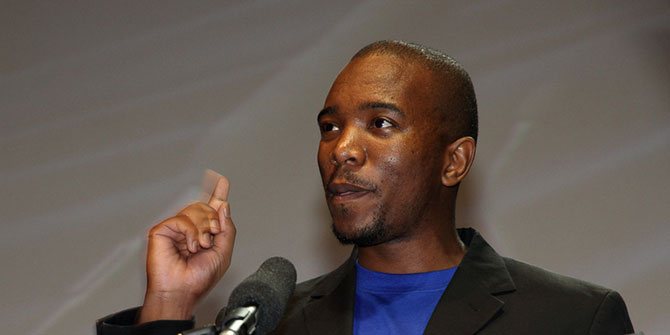 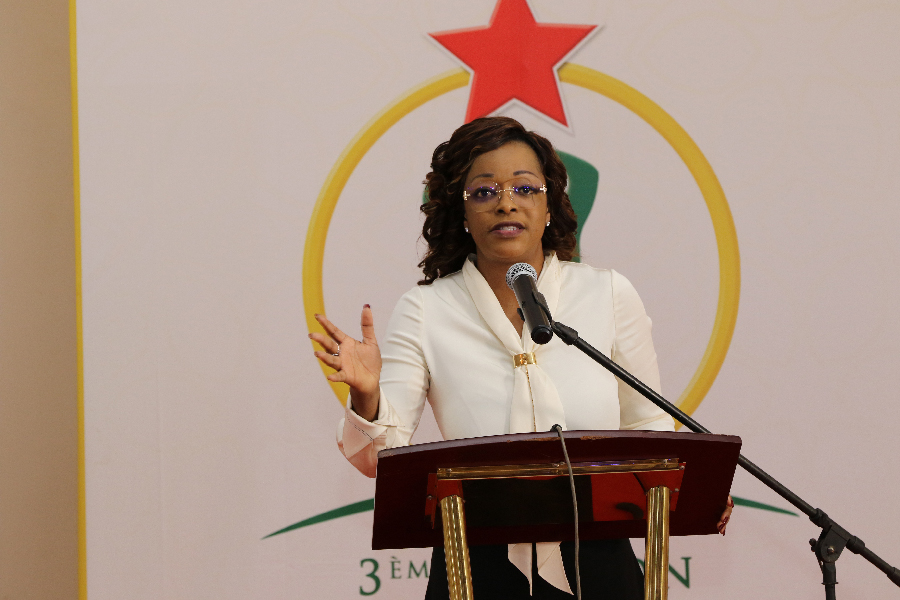 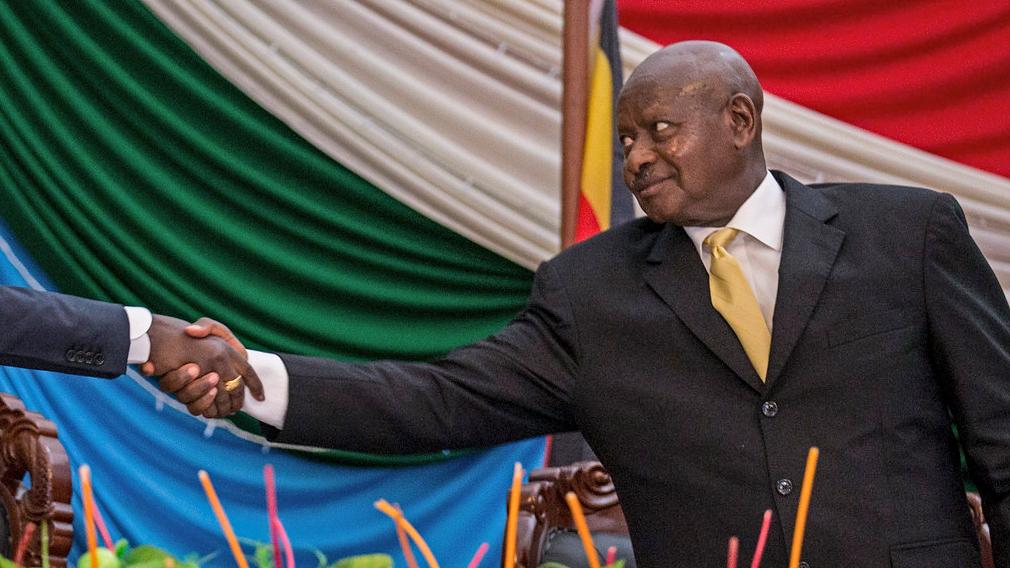 Bad Behavior has blocked 2332 access attempts in the last 7 days.