In Suturing the City: Living Together in Congo’s Urban Worlds, Filip DeBoeck and Sammy Baloji generate an analysis that stretches our thinking about urban life. LSE’s Kate Dawson calls this book an important reference for anyone interested in urban life.

How we talk about urban phenomena matters. It matters not only because of the (perhaps overly declared) projections of an ‘urban age’ – but it matters also because what happens in these spaces hints at the infinity of things going on beyond the ‘boundaries’ of a city – whatever a city may be. The urban then, is a crucial entry point for thinking about the social more broadly, which makes collaborations like Suturing the City: Living Together in Congo’s Urban Worlds, timely, relevant and important.

As an interdisciplinary piece between anthropologist Filip De Boeck and photographer Sammy Baloji, Suturing the City hints at an exciting future of an expanding urban studies discipline. Having written widely on Kinshasa in the past – including a book length piece with photographer Marie Plissart entitled Kinshasa: Tales of the Invisible City in 2004 – anthropologist Filip de Boeck is at ease in creatively engaging with concepts, sites and actors that expand our ways of thinking about cities. Similarly, photographer Sammy Baloji’s work, such as Memoire (2006), juxtaposes photographic realities in order to speak to themes of (post)colonial memory, extractive industries and urbanism – opening up space to say something different about pasts, presents and futures in the DRC. Suturing the City brings together the work of these two individuals to explore Kinshasa – the capital city of the Democratic Republic of Congo (DRC) – in ways that push our thinking about cities in refreshing directions.

In May to August 2016, their collaborative efforts were exhibited at WIELS, Contemporary Art Centre Brussels. The exhibition, Urban Now: City Life in Congo, explored various urban sites in the DRC through photography and video, provoking thoughts on the possibilities of living together beyond neoliberal urban dreams or the city’s failing infrastructures. These efforts indicate an important spirit of engagement, pushing research beyond the confines of bounded books or journals.

Indeed, in this spirit, Suturing the City speaks to a critical conversation about the need to expand our sites of knowledge production beyond cities which have tended to dominate our theoretical imaginations. Cities like Chicago, Los Angeles, London, or Paris, have long reigned supreme in our ideas of what a city is, setting boundaries for what can be said about ‘urban-ness’ and cutting short the horizons of building urban futures in the present. In this way, Suturing the City does something very important. By centring Kinshasa, we are invited into the vastness of its urban potential so as to recognise the immense potential of knowledge about the urban, beyond the confines of a few Western cities. Indeed, through their collaborative efforts, De Boeck and Baloji re-vision both Kinshasa, and the urban more broadly.

This re-visioning begins with an interesting analytical starting point, that of the hole – or libulu in Lingala (Kinshasa’s lingua franca). The local master trope of the libulu is one that residents use as a way to express the quality of their lives in Kinshasa. They may be referring to the material holes on the city’s surface, the murkiness of urban praxis, the ‘informal’ economy or ‘all impromptu movements into often uncharted spatial, social and mental territory that the city obliges’ residents to make (p.13). And yet, the hole is not to be understood as a mere depletion. Rather, ‘the hole itself also offers an aperture, an opening, a possibility, at least for those who know how to read an alternative meaning into its blackness’ (2016:14). In this way, the book is essentially about how the city’s residents give meaning to material, mental and moral holes. In doing so, De Boeck and Baloji explore the libulu as a point of closure, a junction, or a seam – that is, as a suture – to say something about the emergence of urban collective life, interactivity and sociability.

In order to engage in this conversation, we are taken to numerous meaningful sites and suturing points in Kinshasa and beyond, including the market, a cemetery, numerous potholes, city extensions, individual buildings and peripheral agricultural spaces. Together, De Boeck and Baloji’s analyses of these sites render visible the hole as suture – that is a kind of infrastructure that helps us to think about the complexity of social life in the city. Through these sites, we see a contested history of the city, which brings into view actors, elements and imaginaries so often eradicated in urban tales, which narrate the city through pre- and post-colonial dichotomies.

As such, De Boeck exhibits a compelling commitment to expand our analytical language when it comes to talking of and imagining the urban. Perhaps nowhere is this clearer than in his discussion of the (re)production of language itself. For many inhabitants of the city, buying chicken meat – or nsoso – at the market is no longer a viable option. Instead, the word nso is used more widely to refer to the small portions of chicken skin that might be affordable – ‘an evocation of the concept of chicken, and a reminder of its flavor and smell’ (p.85). As De Boeck explains, it is not that chickens themselves have become scarce, but rather people’s means for purchasing nsoso have been depleted. This ‘syncopation’ of language, or ‘verbal amputation’ (p.85) is not a romanticisation of a response to material insecurity. Rather, it points to the powerful relationship between the experience of such insecurity and inhabitants’ capacity to linguistically accommodate it. In this fashion, De Boeck reads some kind of meaning into what otherwise might be read as depletions, pushing urban studies in new directions.

This linguistic focus is met with an absorbing visuality, where Baloji’s work confirms, resists and emphasises De Boeck’s ethnographic narratives. This diversity is perhaps aptly demonstrated by comparing two specific sets of Baloji’s images. The first set features in the discussions of Kinshasa’s local shadows and traces of urban living, which Baloji visually narrates through images that capture the city’s architecture in concrete form, yet render its inhabitants in motion, their fluidity resisting any kind of perfect ethnographic capture. In contrast, Baloji’s portraits of land chiefs on Kinshasa’s borders capture a different kind of agency, as chiefs stare powerfully back at the reader. In this way, Baloji’s images of both fluid figures and prominent presences remind us that our analyses of urban spaces are always partial and always political. What cannot be verbalised might be captured in one way or another with a camera, but this too remains a representation, one ‘style’ of narrative.

And yet, while the visual representations are many, I cannot help but seek just a hint at one potential narrative that would thread the visuality together. Of course, the extent to which such a narrative should be left unsaid is an obvious place for contention and that said I am not seeking a meta-story for the images. However, for me, the images hint at some interesting ideas to do with visibilities, invisibilities, the need to be seen and unseen, and the politics of presence – which are indeed ideas littered throughout the book. Could a sustained conversation between the written and visual elements of the book yield insights into such ideas? Perhaps a closer dialogue between the collaborative elements of the book might produce new openings in our analyses of the city.

To conclude, there is no doubt that Suturing the City makes for an exciting read. Its empirical rigour, visual depth and historical situatedness, as well as its ability to weave these together to say something meaningful – yet not overdetermined – is undeniable. As an interdisciplinary piece, the book is an important reference point for anyone interested in urban life, leaving much at our disposal to creatively engage with urban contexts more broadly.

In the end though, Suturing the City reminds us that starting points matter. By adopting a position that takes seriously what people say and do in cities, the authors begin with the idea of the hole. Using this concept to stitch together buildings, places, actors and histories, De Boeck and Baloji generate an analysis that stretches our thinking about urban life. As such, not only is the value of this starting point a testament to the importance of ethnographic work, but it is also a humbling reminder that when it comes to saying something about social life, we are always playing catch up.

Kate Dawson (@KateEDaws) is a doctoral researcher in LSE’s Department of Geography and Environment. 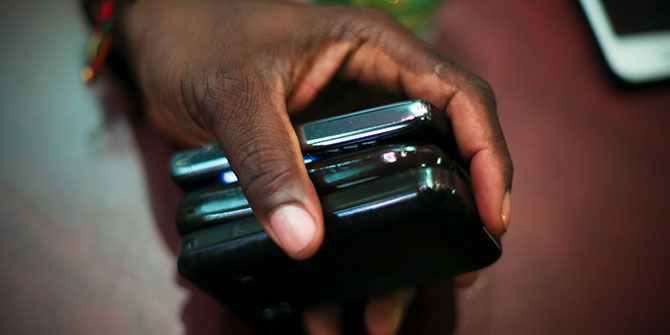 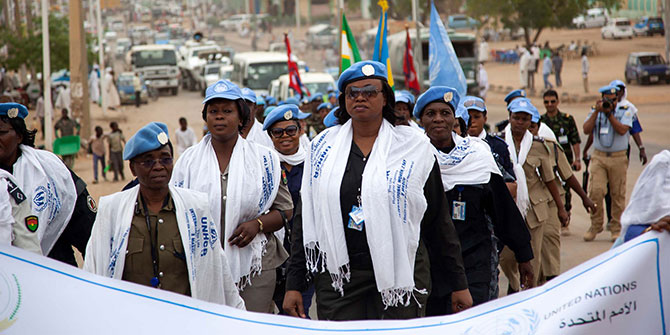