Samuel Gordor analyses the significance of the Ghana’s 2016 presidential election.

The dynamics of the 2016 general election in Ghana scheduled for 7 December make it unique in our country’s political history. The result will mark either the first time an incumbent president has lost an election or the first time a political party has won for three consecutive terms. While the National Democratic Congress (NDC) is bent on extending their political dominance in Ghana, the main opposition party, New Patriotic Party (NPP) is eager to win power after eight years in opposition. This crucial election will also be chaired by a newly appointed electoral commissioner, Mrs Charlotte Osei, who is the first female to chair the Electoral Commission.

Ghana is a West African country about the same size as England. Similar to other sub-Saharan nations, our political history is marked by leaders who alternate between military and civilian governments with different ideologies and approaches towards governance and therefore development.

The Fourth Republic, which has been the longest span of political stability in the history of the country, began in 1992 when the then dictator and the founder of the NDC, Flight Lieutenant Jerry Rawlings ran for election and won. The coming into force of the new constitution and the swearing in of Jerry Rawlings on January 7, 1993 opened a new chapter in Ghana’s politics. President Rawlings subsequently won the election for the second time in 1996.

Rawlings’ presidency ended in 2000, as Ghana’s constitution restricts presidents to serving a maximum of two terms in office. His vice president, John Atta Mills, was elected as the new presidential candidate for the NDC while the NPP presented John Kuffour as its presidential candidate. The 2000 election was marked with fear, as many wondered if Rawlings, a former military leader, would hand over power in the event that his party lost. However, the country witnessed a smooth transition of power from the ruling party to the opposition following the victory of the NPP in the election. Kuffour also won the 2004 election for a second term against Mills.

The tables turned again when Kuffour ended his second term in office with the NPP electing a new candidate, Nana Akuffo Addo. The fiercely contested election in 2008 was won by twice-defeated NDC candidate, Mills.  However, the unfortunate demise of President Mills on 24 July 2012, who was then the NDC candidate for the 2012 election scheduled for 7 December that year changed the dynamics of Ghana’s political history. Mills’ vice president, John Mahama was elected by the NDC as a candidate and surprisingly defeated Addo in the election.

Judging from the previous elections, there has always been a change of government every eight years, and this has also coincided with the end of the second term of office of the incumbent president. The results of this year’s election could deviate from this trend. The NDC has been in power for eight years, but President John Dramani Mahama has been president for only one term. Meanwhile, Addo, who has been defeated twice, is making his third attempt to become leader.

Indeed, in Ghana some feel the need for a change not necessarily because the NDC has not performed well, but simply because the party has been in power for eight years — hence the need to give another party a chance. Knowing this, the NDC has emphasised that President Mahama has only been in power for four years and therefore deserves a second term. The opposition will have none of this. They counter that the NDC has nothing to show forth in terms of achievement despite years of power. They have resorted to tagging Mahama as the most incompetent and corrupt president in Ghana’s political history.

Despite advances in statistics and computing in predicting election results, there remain a myriad of unknowns in this year’s outcome. The recent unexpected withdrawal of the United Kingdom from the European Union (known as Brexit) together with the election of Donald Trump as the US President, reiterate this assertion. Likewise, there are many unknowns associated with Ghana’s 2016 elections. The country’s infrastructure development over the last four years is expected to enhance Mr Mahama’s at the polls. However, there are also a number of issues that reflect negatively on the current government such as the depreciation of the currency, unemployment and corruption scandals which have opened the floodgates of criticism and the main opposition party’s rhetoric. The outcome of the election will be there for us all to see come December 7, but it will take another four years for the outcome of governance to be assessed by the voting Ghanaian.

Samuel Gordor is a masters student in development studies at the University of Ghana, Legon. 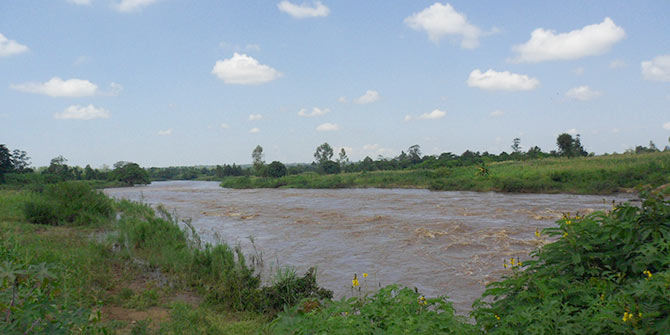