Annemarie Middelburg describes the book as an absolute must-read that gives voice not only to Kuria people who have undergone male or female circumcision in Kenya, but to everyone connected to the practice.

Miroslava Prazak is a scholar of development and cultural change at Bennington College. She has spent more than twenty years with the Kuria people in the rolling hills of southwest Kenya and came to know the Kuria life from the inside. In her monograph, Prazak shares with us her experiences in relation to initiation rituals of both men and women, as she has “listened to many voices, collected many stories, and watched, discussed, and participated in rituals of initiation for more than a decade” (p.2).

In the introduction of her book, Miroslava Prazak describes how she came to be concerned with the topic of genital cutting and provides more background information about the Kuria people. She explains that Kuria life is rich in traditions and has historically centred on a ritual cycle that individuals and the community undergo. Genital cutting is one of these rituals, which is seen as a requisite step from childhood to adulthood that prepares both males and females for marriage. It marks the changed status of an individual and his or her family with associated changes in roles, responsibilities, control, and power. In the following chapters, Prazak focuses on the power of witchcraft (Chapter I), the initiation experience for males (Chapter II) and females (Chapter III).

One important insight in the first part of the book is the interconnection between male and female genital cutting. Kuria people view and describe the practice of male and female circumcision as equivalent rituals, both seen as achieving a similar cultural end: adult membership in the society and its structures. They even use the same word (esaaro) to describe both practices. Therefore, as the author argues, both practices cannot be seen in isolation. Prazak shows her concerns in relation to the discourse on female genital operations, since it “tends to ignore the other aspects of the ritual complex of which it is an element, including the fact that in societies where females undergo genital cutting, males do as well.” (p. 13). Indeed, many human rights activists, non-governmental organizations (NGOs) and United Nations agencies engaged in the effort to eliminate female genital cutting do not realise that this is the case.

This book covers initiation rituals of Kuria society from the 1980s up to 2014. As this is a period of intense anti-cutting campaigning in Kenya, the second part of the book describes the changes brought to the initiation season over the years. Prazak describes, for example, how sterile procedures were introduced in response to the danger of HIV transmission. The author also discusses the medicalisation of genital cutting (when the practices are increasingly performed in hospitals and clinics) as well as the ‘alternative rite of passage’ strategy for girls. Prazak explains why this strategy did – unfortunately – not spare girls from the cut in the Kuria District.

Prazak describes how people became aware of the controversies surrounding their ritual practice of initiation and how they felt their identity was being challenged. The author provides interesting insights in how the decision-making process (whether or not to participate in the tradition) works at the local level, while presenting dilemmas families face in responding to the anti-cutting discourse and initiatives in Kuria society. The book ends with an epilogue in which Prazak presents her view of the initiation season in 2014, showing her ongoing concerns over the practice and partiality of media coverage.

In the whole book, the author does not defend or absolve genital cutting; rather, she focuses on bringing to the forefront the views and voices of the Kuria community she studies. This is also reflected in the terminology she uses to refer to both practices. She does not use the term Female Genital Mutilation or the abbreviation ‘FGM’ to refer to the ritual for females, as commonly used by other researchers working on this topic. Instead, throughout the book, she uses terms like “female/male genital operations”, “female/male genital cutting” and “female/male circumcision” to refer to both rituals.

What makes this book unique is the honest account of Prazak’s experiences and the rich ‘mosaic of perspectives’ that provided the basis for her work. She gives voice not only to Kuria initiates (both girls and boys) who have undergone genital cutting, but also includes the perspective of cutters, parents, observers and critics, local activists and leaders spearheading opposition to female genital cutting, and of course also her own perspective.

Although many books and articles have been published on this topic in the past two decades, Making the Mark contributes greatly to the literature on genital cutting. To my mind, this ethnographic study is an absolute must-read for those who wish to gain an understanding in the complexities of genital cutting in the social, political, and cultural life of Kuria people in Kenya. Especially for those who wish to get insights in traditions that are different from their own, I suggest reading this book.

Annemarie Middelburg is a consultant at Middelburg Human Rights Law Consultancy. She wrote her PhD thesis about Female Genital Mutilation/Cutting (FGM/C) in West Africa at Tilburg University, the Netherlands.

Violation of Sovereignty or Only Hope for Justice? How Kenyans see the ICC Trial of their Leaders 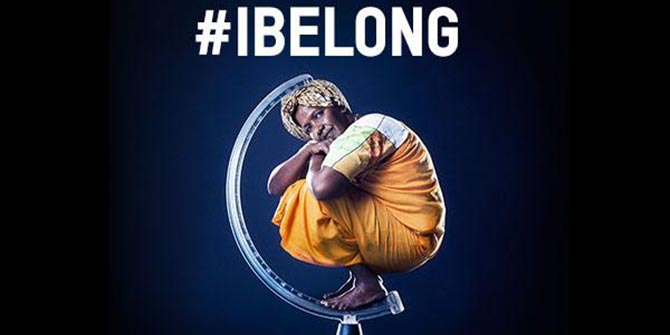 Bad Behavior has blocked 2296 access attempts in the last 7 days.