Electoral debates have a long history in democratic politics. The most famous such event was the televised interaction between Kennedy and Nixon in 1960. Today, debates are held in over 60 countries across all regions of the world, from Kenya to Cambodia, to Peru. International non-governmental organisations (NGOs), with support from domestic civic education bodies, fund these programmes on the grounds that they strengthen democracy. Often debates are televised and watched by millions of voters. While presidential debates can capture the attention of a nation, many countries also hold local debates that expose voters to competing candidates who are running for parliamentary seats or local offices.

In this blog entry, we overview results from a field experiment that investigates the impact of parliamentary debates conducted in Ghana during the run-up to the country’s December 2016 elections. Ghana is a multi-party democracy in West Africa. The elections were the seventh since the country returned to democratic rule in early 1992.

The project sought to evaluate three aspects of parliamentary debates:

The case of Ghana

To investigate the effects of debates, we worked with two local institutions (the Ghana Center for Democratic Development and the National Commission for Civic Education) that were organising candidate debates ahead of Ghana’s elections. By partnering with these organisations, we are able to evaluate the impact of a locally owned programme. Such collaboration should enhance the relevance of the results to domestic policy-makers, and help these actors tweak their election-support programmes in the future.

Ghanaians went to the polls on the 7 December 2016 to elect a president, along with all 275 members of the unicameral Parliament. Two major political parties, the New Patriotic Party (NPP) and the National Democratic Congress (NDC), dominate Ghanaian politics. Despite the prominence of these two parties in the presidential race, parliamentary races can see a significant number of votes going to candidates from minor parties. In the country’s elections in 2012, roughly 700,000 votes went to candidates who ran as independents or from minor parties. The prominent minor parties are the Convention People’s Party (CPP), the People’s Progressive Party (PPP), and the People’s National Convention (PNC).

In some ways, Ghana is a challenging case to investigate the influence of debates on voters’ perceptions of candidates because many citizens are strongly aligned to one party or another. However, successful alternations of power have been the result of changes in voting patterns in so-called “swing” regions. We implemented our study in one such region, the Central region. Home to about 2 million citizens, voters in the Central region appear to swing between the two parties. In 2012, NPP parliamentary candidates won seven of the 23 constituencies in the region, with the remaining 16 taken by NDC candidates. The fate of the two parties switched in the election we study, with the NPP winning 19 constituencies, and NDC candidates winning only four.

Our experimental design involved recruiting a group of respondents who would receive the treatment (exposure to the debate) and a control group who would not receive the treatment (no exposure to the debate). A total of 2,000 citizens from the Central region were in the experimental sample. The respondents resided within three parliamentary constituencies.

After filming the debates in each of these constituencies, we exposed those in the treatment group to either an audio or video recording of the debate. Citizens watched or listened to the debate in private on a smart phone. Enumerators then conducted a survey with the respondents. Those in the control group just received the survey.

Debates influence voter evaluations of candidates: Across all candidates, exposure to the debate increases citizens’ positive perceptions of those running by about five percent on a seven-point scale. Therefore, by providing new information on the platforms and qualifications of each candidate, debates have the potential to alter citizens’ evaluations of political contestants.

Debates improve the evaluation of the opposition party among strong partisan voters: Interestingly, we also find that, among strong partisans of one of the two major parties, the debates actually improved their evaluation of the opposition party.  For example, exposure to the debates led strong partisans of the NDC to provide much more favourable evaluations of the NPP candidate, and made such voters significantly more likely to say that they would vote for the NPP candidate in the election. The same is true of strong NPP partisans, who became more favourable toward NDC candidates.

1) They suggest that debates can improve accountability by providing valuable information to voters that allows them to evaluate candidates on their policy ideas, qualifications, and so on, rather than their party label. This can particularly help candidates from minority parties.

2) They suggest a role for debates in promoting political moderation and reducing partisan tensions. Indeed, even if strong partisans do not end up changing their vote as a result of exposure to debates, their increased favourability toward opposition candidates is likely to reduce tension and enhance the perceived legitimacy of the results, both of which are positive benefits for democracy.

We also designed the experiment to investigate why debates may influence voters’ perceptions of candidates. In particular, we sought to disentangle the influence of policy content from the impact of information about candidate qualifications and personality.

To do so, some participants in the treatment group only received segments of the debate that focused on policy, while others were only presented with content in which candidates discussed their qualifications. We find that both components of the debates positively effect evaluations of candidates, but that the effect of the policy segment is somewhat larger in magnitude than the qualifications segment.  Thus, while debates do influence voters because they learn about the personalities and experience of candidates, they also seem to be effective in promoting policy-based assessments.

Finally, the project sought to assess whether the medium of delivery influences the impact of debates. Often in developing democracies, parliamentary debates are either not televised, or only a subset of citizens have a television. This made it important to track whether audio recordings of debates have the same impact as televised performances.

We find that those in the treatment group who watched the debate and those who only heard the debate (with no visuals) offer very similar responses. The results that we discuss above are similar if we disaggregate them by respondents who received either of the two different presentational formats.

These results suggest that citizens can process political information presented to them orally or visually. The ability of voters to engage with audio information complements findings from the Afrobarometer, a survey conducted across 36 African countries, which shows that about 70 percent of Africans listen to news on the radio every day or a few times a week. These findings are important for actors who conduct election debate programs in developing countries, as they suggest that radio transmission, which is relatively cheaper than televised broadcasting, is an effective way to transmit debates to voters.

In sum, the results of this field experiment show that debates can improve voter evaluations of candidates from minor parties, increase strong partisans’ tolerance and evaluations of candidates from their non-preferred party, and promote policy-based voting. Our results also highlight that the dissemination of debates by television and radio can be equally effective. Taken together, the results suggest that candidate debates can be an effective tool for promoting higher quality and peaceful elections in younger democracies.

Sarah Brierly is a doctoral researcher at UCLA.

Eric Kramon is an Assistant Professor of Political Science and International Affairs at George Washington University.

George Ofosu (@gofosu) is a researcher at UCLA. 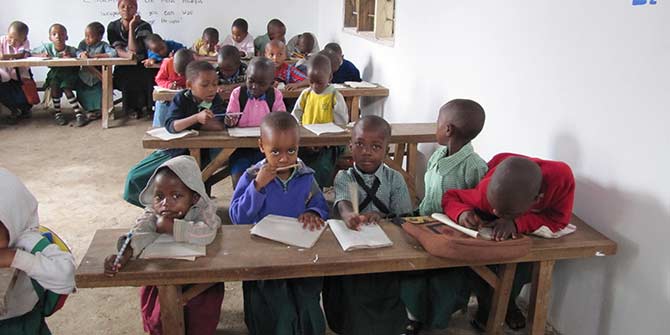 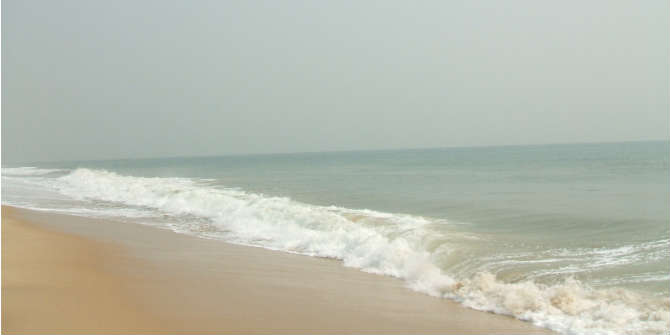 Book review- Nation on Board: Becoming Nigerian at Sea by Lynn Schler

Bad Behavior has blocked 2318 access attempts in the last 7 days.