Olu Fasan analyses why economic partnership agreements could be the key to helping African countries achieve their goal of industrialisation.

For nearly three decades, Europe’s trade relations with the African, Caribbean and Pacific (ACP) countries, former European colonies, were based on unilateral preferences under the Lomé Convention, first signed in 1975. However, as the convention discriminated against non-ACP developing countries, it was declared WTO-incompatible by a dispute panel of the World Trade Organisation. The Cotonou Agreement, another preferential system, replaced the  Lomé Convention in 2000, but established the framework for negotiating WTO-compatible reciprocal trade deals, namely the Economic Partnership Agreements (EPAs). At the WTO Ministerial Conference in Doha in November 2001, WTO members granted the EU a six-month waiver to continue its preferential treatment of ACP countries until the end of 2007. The EPAs had to be in place by 1 January 2008.

However, although the EPA negotiations were launched in 2000, only one of the seven ACP regions, the Caribbean, had concluded a ‘comprehensive’ EPA, the EU-CARIFORUM EPA, as the end-2007 deadline approached. But several ACP countries signed an “Interim EPA” or, for some least-developed countries (LDCs), switched to the EU’s “Everything But Arms (EBA)” scheme, to protect their post-waiver exports to the EU. Some non-LDCs, like Nigeria, refused to conclude an interim agreement and lost their preferences. They were forced to trade with the EU under the less generous General System of Preferences (GSP).

The interim and sub-regional EPAs were, however, not the “endgame”. The EU continued to negotiate full EPAs with the remaining six ACP regions – five African, one Pacific. By the end of 2014, all the regional EPA negotiations had been concluded. Nearly five years on, what is the situation regarding their implementation?

Implementation status of the African EPAs

The five African regional EPAs are those of, respectively, West Africa (ECOWAS), Central Africa, Eastern and Southern Africa (ESA), East African Community (EAC) and Southern African Development Community (SADC). Each EPA requires the signature of all the contracting parties in each region before it can be ratified. Without the endorsement of all the regional parties to an EPA, it is, legally, effectively “dead” as it won’t enter into force.

A recent European Commission update shows that none of the African EPAs has been signed by all the regional parties to them. Curiously, instead of bolstering regional integration, the African EPAs are creating regional tensions. In West Africa, Ghana, which has signed the agreement, is disappointed that Nigeria has not. Ghana’s trade minister, John Kyerematen, recently noted that, “The agreement would be frustrated if Nigeria refused to sign”. In the East African Community, a summit to discuss the EPA was attended by only two presidents. Kenya is frustrated that Tanzania and a few others are refusing to sign.

So, why are the EPAs so controversial? And should they be? The visceral opposition of Nigeria, West Africa’s economic powerhouse, to the EU-West Africa EPA makes it arguably the one most in trouble and, therefore, an interesting one to examine.

An overview of the EU-West Africa EPA

The EU-West Africa EPA negotiations were concluded on 6 February 2014, and the agreement has been signed by fourteen of the region’s sixteen countries, except Nigeria and The Gambia. As the trade element is the most contentious, it is the focus of this analysis.

The EU’s obligations under the EPA cover tariff, non-tariff and development-supporting commitments. On tariffs, the agreement says that products “originating in” West Africa “shall be imported into the EU free of customs duties” (Article 10 (1) and Annex B). Although West Africa’s LDCs (13 out of the 16 countries) currently benefit from the EU’s “Everything-But-Arms” preference scheme, signing the EPA would ensure that this becomes a binding treaty obligation rather than a best endeavours commitment. The agreement also relaxes the usually stringent Rules of Origin, allowing West African countries to use materials sourced from other countries in their production without losing free access to the EU.

One of the main challenges African countries face in gaining access to EU market is the EU’s tough quality and packaging requirements. For instance, in 2016, the EU banned 26 Nigerian food products on health and safety grounds. However, under the EPA, the EU undertakes to provide financial and technical support to help West African exporters meet its Sanitary and Phytosanitary (SPS) standards (Article 33), potentially removing a major non-tariff barrier.

Finally, the EU undertakes to provide funding for projects linked to trade, industry, energy and transport infrastructure in West Africa, as well as funding to cover the fiscal impact of implementing the agreement for the period of tariff dismantling (Art 60 (3)). Specifically, it pledged €6.5bn from 2015 to 2015, and similar amounts until 2035, to achieve the EPA development objectives. Furthermore, it undertakes to help West Africa raise additional funding for the development aspect of the agreement from other donors (Article 54(4)).

The EU-West Africa EPA requires the West African party to “reduce and eliminate customs duties” applicable to certain products “originating in the EU” (Article 10 (2)). However, the tariff elimination is gradual, to be completed over 20 years, between 2015 and 2035.  Furthermore, only 75 per cent of EU exports to West Africa would be subject to the zero tariff commitment. In other words, 25 per cent of West Africa’s tariff lines, classified as “sensitive products”, are excluded from the tariff dismantling obligation. The baseline tariffs, from which progressive elimination is required, reflect the existing ECOWAS Common External Tariffs (CETs). The table below shows the implementation stages of the tariff dismantling West Africa’s obligation.

Africa’s criticisms of the EPAs: Are they justified?

Despite the special and differential treatment embedded in the EPAs, they are very controversial in Africa. The main criticism is that the agreements could lead to Africa being flooded with “cheap EU exports”, and losing the “policy space” for industrialisation. But this criticism is hardly supported by the available evidence.

Take the EU-West Africa EPA. Nigeria argues that the EPA would destroy its manufacturing base and its drive towards industrialisation. But, as shown above, 25 per cent of West Africa’s tariff lines, covering “sensitive” locally manufactured products that currently attract between 20 and 35 per cent ECOWAS CET, are not affected by the EPA’s tariff dismantling obligations. Furthermore, according to a World Bank study, once the EU-West Africa EPA has been fully implemented, it would only lead to a moderate reduction in overall tariff protection from 11.3 to 9.2 per cent, and therefore a limited increase in imports between 0.8 and 1.8 per cent.

The concerns about “cheap EU exports” and loss of policy space should also be seen in the context of the several responsive provisions in the EPAs. For instance, the EU-West Africa EPA allows for a change in the West African tariff commitments to meet “special development needs, in particular the need to support its common sectoral policies” (Art 12). There are also provisions for the use of trade remedy instruments, namely, anti-dumping and subsidy countervailing measures (Art 20) as well as safeguard measures (Arts 21 and 22), the latter if EU’s exports to West Africa are in such a large volume as to “cause or threaten to cause serious injuries” to domestic industries.  Furthermore, there is a “fledgling” (or infant) industries clause (Art 23) and a provision allowing West Africa to impose trade restrictions when facing serious balance of payments and external financial difficulties (Art 89). Of course, there are legitimate concerns about whether African countries can invoke the flexibilities. But they are, as they should be, in the agreements.

Africa has a strong desire to industrialise. And rightly so. After all, as Adam Smith said: “No nation is ever rich by the exploitation of the crude produce of the soil but the exportation of manufactures and services”. But Africa has major challenges. The United Nations Industrial Development Organisation (UNIDO) calls them “the 3Cs”, namely, competitiveness of supply capacity; conformity with international standards; and connectivity to markets. If fully implemented, the EPAs can help Africa tackle, to a great extent, these challenges.

Simply put, Africa cannot industrialise without guaranteed export markets; no country has ever done so – not Britain during the first Industrial Revolution, not China today. Even with its own Single Market, presumably under the putative Continental Free Trade Area (CFTA), Africa would still need to secure access to the markets of other economic blocs to become a major industrial and trading continent. But, as Emily Jones puts it in her book, Negotiating Against the Odds, “market access concessions are the currency of trade negotiations”. In a reciprocal negotiation setting, a party can’t be a value-claimer if it’s not willing to be a value-creator. Africa complains that the EPAs would lead to the continent being flooded with “cheap EU exports”, but China is flooding Africa with cheap exports without guaranteeing access to its market for Africa’s current and future manufactured exports. The EPAs give Africa a legally guaranteed access to EU markets.

If the EPAs fail, Europe would lose influence in Africa but Africa risks losing access to its traditional European markets, as well as the impetus and support to tackle its supply-side and trade constraints. So, Africa should ratify the EPAs, make use of their flexibilities, if necessary, and hold the EU’s feet to the fire on the implementation of the EPA’s development component.

Dr Olu Fasan (@olu_fasan), a trade lawyer and political economist, is a Visiting Fellow at the London School of Economics and a member of the International Trade Policy Unit. 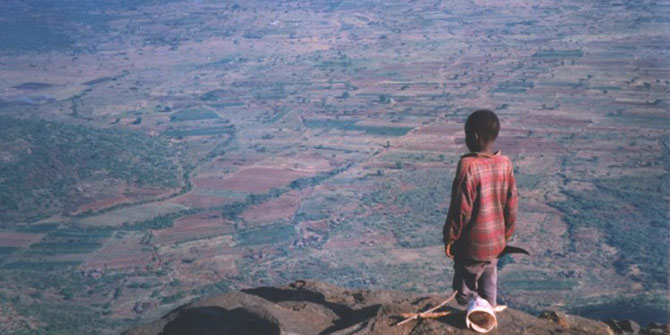 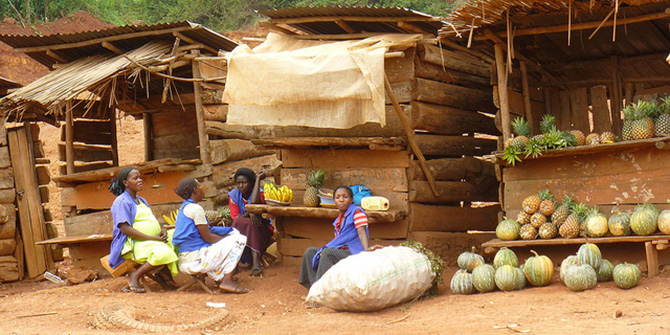