More funding for education alone will not solve unemployment #AfricaAtWork

More funding for education alone will not solve unemployment #AfricaAtWork

Maudo Jallow calls for an overhaul in education, creating instead a new model that is socially inclusive and more likely to improve the life of the masses.

There is a renewed focus on the importance of allocating funds into Africa’s education systems to suit the changing job market in Africa, and while this is welcome, experts argue that an overhaul of the education system is crucial.

The Global Partnership for Education (GPE) Financing Conference that took place in Dakar, Senegal in February 2, 2018 sought US$3.1 billion from world leaders to improve and modernise education on the African continent.  Donors pledged a total of US$2.3 billion for the next years.

Funding, however, is only the first step. A consensus is growing around the idea that to equip the next generation with adequate and relevant skills, we must also reform our education systems.

To compliment this, a proliferation of government and donor-funded projects on entrepreneurship have been set up to teach young people to be job creators instead of job seekers.

One cannot really argue with the current approach, but it falls woefully short of truly addressing the structural aspects of youth unemployment on the continent and disregards the economic structures that exist in most African countries.

These statistics are due to the formal sector’s inability to absorb enough working age Gambians – a problem that cannot be solved with entrepreneurship and education reform alone.

What The Gambia needs is investment in and promotion of labour-intensive manufacturing. According to the McKinsey Global Institute, sectors such as manufacturing and agriculture could “…speed up job creation [in Africa, and]…boost the number of new wage-paying jobs from 54 million on current trends to 72 million by 2020.” The IMF also noted that efforts to spur industrialisation through labour-intensive light manufacturing is showing positive results in Ethiopia. Despite Ethiopia’s success, the share of manufacturing as a percentage of GDP across the continent has stagnated at around 10 per cent.

For almost two decades, sub-Saharan Africa has seen unprecedented economic growth, but as AfDB President Adesina tweeted, “GDP growth is not enough. Growth must be felt in the lives of people!”

His tweet essentially summarises the need for a different approach, one that is more socially inclusive and improves the livelihoods of the masses. As UNIDO consistently argues, there is a “positive correlation between manufacturing and indicators of social inclusiveness.” As a result, industrial policies that centralise mass job creation, through manufacturing and industrialised agriculture must be pursued in order to avoid the “the real Malthusian crisis”.

Aubrey Hubry postulates that “…the need to generate employment for growing numbers of young people [in Africa] is unprecedented in human history.” Donor organisations, especially the European Union and UNFPA, have identified a link between the crisis Hubry describes in his Financial Times piece and the migration crisis. Both organisations have committed themselves to tackling what they call the economic roots of irregular migration across the Mediterranean.

However, their projects – for instance, the Youth Empowerment Project in The Gambia funded by the EU – do not provide enough capital, technical support or expertise, to address the root causes of poverty and youth unemployment in The Gambia and other African countries.

To conclude, we need to shift the paradigm away from the current status quo, to a tailor-made approach. As eluded to above, efforts to encourage entrepreneurship in The Gambia have had some success and they are essential, but as the founder of Taf Africa Global argues, “entrepreneurship cannot exactly be taught.”

Therefore, efforts to include it in curricula in The Gambia and across the continent are misguided – a move towards re-introducing vocational training in schools would be more suitable.

Funding schemes should be developed for large, scalable business ideas that have tangible potential for mass job creation. Realistically, manufacturing requires certain factors of production that are only available through foreign investment. Consequently, African governments should aim to shrewdly attract investment that secures knowledge and technology transfer, stable and decent employment, and stimulates structural transformation.

A holistic approach is needed though – succeeding with industrial policy requires the prioritisation of STEM (science, technology, engineering and mathematics) subjects in secondary and tertiary educational institutions. It also requires strategic investments in infrastructure, healthcare and as previous highlighted, vocational skills training.

This article is part of the #AfricaAtWork series, looking ahead to the 2018 LSE Africa Summit 20 and 21 April. Follow this link to secure your ticket.

Maudo Jallow (@maudojallow) is the founder of New Nation and former Co-Director of the LSE Africa Summit. He holds an MSc in African Development from the London School of Economics and Political Science. 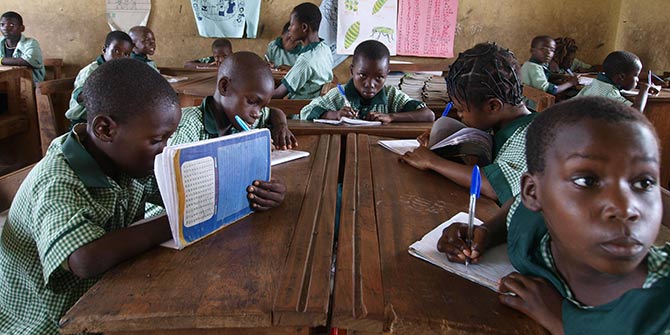 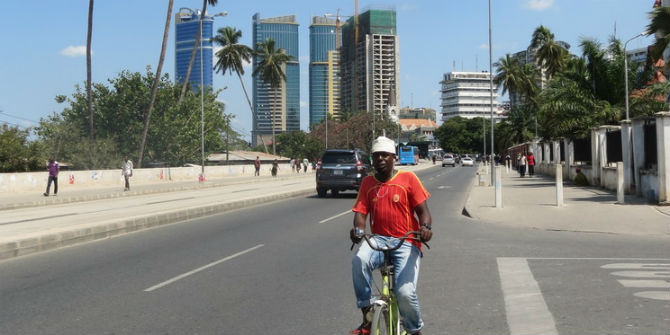