Digital platforms created by foreign and local tech firms in Nairobi’s Silicon Savannah are promoted as generating opportunities for Kenyan farmers, shaping a vision of digitised agriculture. As a part of this model, the idea of a new farmer-entrepreneur embraces the availability of digital finance. LSE Fellow Gianluca Iazzolino explains these developments and asks whether it brings a social cost for those working within the agriculture sector.

This is the third of four posts presenting key insights from the research project ‘A Tale of Two Green Valleys’ at the LSE Firoz Lalji Centre for Africa, which examines data-driven agro-innovation in California’s Central Valley and Kenya’s Rift Valley.

Sitting in her office in Nairobi’s Westland, the executive of a large Kenyan tech firm is sharing her view of the future of agriculture.

In the place of this unpredictability, the executive hopes to create a new ideal small-scale farmer, drawing on baseline surveys conducted by her team in the country’s breadbaskets. According to this narrative, very popular among agritech entrepreneurs in Nairobi, digital technologies will finally tip the scale in favour of farmers, long forgotten by a negligent state and ripped off by unscrupulous brokers. As the story goes, digital platforms will embed different services providers and thus allow a new range of tailored opportunities to open to farmers, mainly in terms of better information, more efficient market linkages and greater access to credit.

While this characterisation makes for catchy PowerPoint slides, our interviews with farmers in the field makes us question this widespread ‘digital revolution in agriculture’ narrative, which has increasingly lured foreign investors to Kenya over the past years. These flows of capital and expertise have coalesced into Nairobi’s Silicon Savannah, an ideological construct fuelled by international donors and venture capitalists and embodied in a landscape of local and foreign digital entrepreneurs. Here, another type of crop is grown, packaged and sold: a riskless future.

A new type of digital farmer

As finance powers the digital advance of foreign and local tech firms into rural Kenya (suggesting that, under proper conditions, the so-called ‘Lucas paradox’ might be reversed), financial concerns are also shaping a vision of predictable and computable small scale agriculture. The tenet of this model is a new type of farmer who might replace the one envisioned in the quote above: a reliable go-getter, consciously taking on risks and making prudent decisions. The constellation of venture capitalists, institutional donors and philanthropic foundations, which are all financially and technically supporting Silicon Savannah, all emphasise the central role of digital finance in carving out this figure of farmer-entrepreneur. They promise to ‘cover the last mile’ (a favourite fintech expression) and thus facilitate access to credit for farmers previously excluded from it.

The reasons for this exclusion have been extensively explored by Kenyan policy research institutions such as Tegemeo Institute of Agricultural Policy and Development. As small-holder farmers mostly operate in the informal economy, they lack records of transactional incomes derived from their farming activities and the overall performance of their farms and collaterals. Moreover, financial institutions have hitherto shied away from small scale agriculture, perceiving the sector to be too volatile due to erratic weather patterns and fluctuating commodity prices at the global level. The sector is also perceived as requiring too much capital investment because of its dispersed rural populations and poor infrastructure. With the consolidation of the Kenyan digital ecosystem, initially a mostly urban phenomenon, investors and donors have advanced the idea that fintech could also be transformative upcountry. By crunching data, these fintech are promising to generate accurate predictive models to reduce agricultural risk or, at least, make it more manageable. But what kind of data do fintech providers hope will better calculate risk?

In 2017, the Alliance for Green Revolution in Africa (AGRA), a Bill and Melinda Gates Foundation-funded organisation, compiled a ‘data wish list’ for Kenyan financial institutions, including data on productivity, such as yields per unit of land or animal; profitability, measured in gross margin for activities; diversity of activities and products at the farm level; flexibility of the farming system’s products; and sustainability of the farming system over a given period. But while, at the time, brick-and-mortar banks and microfinance institutions (MFIs) could only dream of having such information readily available, foreign and local fintech saw a possibility to make this wish list come true. After an initial experimental stage, in which each firm collected its own data independently, this new breed of financial actors now increasingly sees advantages in embedding data collection into shared digital platforms. While providing farmers with a broad range of services, these platforms would create a more thorough engagement with their customers and thereby create more comprehensive digital footprints.

The platformisation of agricultural finance is premised upon the aim of ‘de-risking’ smallholder finance, hitherto considered too unpredictable as a market for investors seeking clear business cases. Currently, fintech for farmers can be roughly divided into two categories: B2P, those lending directly to farmers; or B2B, those providing financial institutions such as banks and MFI with farmer credit scores through accessing a farmer’s personal data to generate their digital footprint. In order to achieve this goal, they provide banks and MFIs lacking in-house technical capabilities with predictive models that can compute both financial and non-financial data. These latter are commonly referred to as alternative data and can include, on the one hand, data related to productivity, prices and weather to make better-informed lending decisions and risk calculations; and on the other hand, data related to a farmer’s ‘willingness to repay’ (in contrast to the capacity to repay assessed on the basis of the individual’s financial record).

Increased data at what social cost?

However, the rapid proliferation of fintech using alternative data to build the credit score for small-scale farmers has increasingly raised red flags. Over the past year, also as result of the COVID-19 pandemic, Kenyan journalists have warned about a rising debt crisis due to skyrocketing default rates on debts as low as 100 KSh, less than one British pound. These reports have been corroborated by studies by Microsave, Financial Sector Deepening Kenya and Cgap, all influential advocates of digital finance. According to the Kenyan Credit Reference Bureau (CRB), the Non-Performing Loan rate in Kenya is currently 14%, but externalities such as the entanglement of farmers in multiple debts, including with relatives, neighbours and even loan sharks are going largely unnoticed.

A recent 2019 FinAccess study found that over the past three years the vast majority of Kenyans feel their financial status has weakened and diminished their ability to use financial services and products to manage daily needs, cope with shocks and achieve big goals. Despite their lofty claims about financial inclusion and their use of credit from international organisations, aid agencies and philanthropic-corporate actors to expand into riskier market segments, these actors appear to be exacting social costs on rural areas, as measured by the number of debtors defaulting on their loans and the number of people blacklisted by the credit reference bureau. According to a study by Financial Sector Deepening Kenya in 2018 that examined the booming digital lending sector in Kenya, farmers are among the top users of digital loans for production, slightly below business owners. The same study points out that ‘about 1 in 3 delinquent borrowers belonging to the poorest 40% of the population default on their loans’ and concludes that ‘vulnerability is both a driver of more intense adoption of digital borrowing and a risk factor for delinquency is problematic’.

The new vision of the Kenya farmer currently cultivated by fintech may thus prove to have an unsustainable social cost.

View the blog series based on the LSE research project A Tale of Two Valleys.

Photo by Vlada Karpovich from Pexels

Gianluca Iazzolino is a post-doctoral research fellow at the Firoz Lalji Centre for Africa. His main research interests are ICTs, digital finance and informal economy with a focus on the relationship between technological innovation and power dynamics.

Posted In: A Tale of Two Valleys | Recent | Technology

What about the crates? Rethinking digital farming in Kenya March 25th, 2021 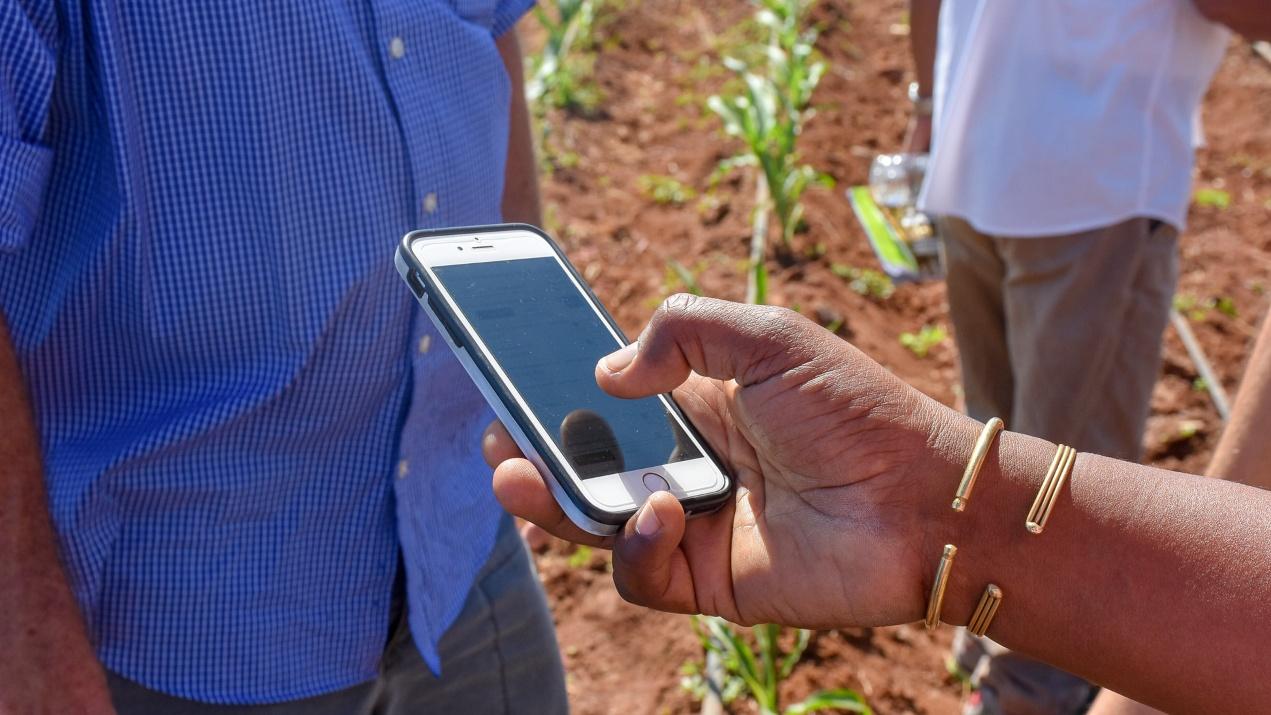 Bad Behavior has blocked 4657 access attempts in the last 7 days.