Alongside France, the UK is generally viewed as one of the most important actors in EU defence policy. Karen E. Smith assesses what impact the UK leaving the EU might have in the area of defence. She writes that a Brexit would not spell the end for common European defence as a whole, particularly given the UK’s gradual withdrawal from its leadership role on foreign security and defence matters. However she argues that it would nevertheless deprive the EU of a potential key player, while also reducing the UK’s influence with both Europe and the United States.

However, Brexit would have serious implications for the UK’s role in the world, for NATO, and for the EU – so serious that the likelihood that such a catastrophic strategic mistake will happen is probably fairly low. More worryingly, though, is that we do now have de facto British withdrawal from leadership within the EU on foreign, security and defence matters – a semi-Brexit, in substance rather than form.

‘European defence’ here is taken to mean specifically the EU’s CSDP. It is worth reminding ourselves that CSDP at its origins in 1998/1999 was a prime example of British and French joint leadership. Their Saint-Malo declaration in December 1998 stated the following aims:

An EU able to use a wider scope of policy instruments could have contributed more directly to international peace and security, for example, by working in close cooperation with the United Nations. Indeed, EU battle groups – which stemmed from a 2004 Franco-British proposal – were envisaged as operating under a UN mandate, helping to prepare the way for the involvement of UN peacekeeping forces.

It is generally understood that the CSDP has not lived up to these expectations. The CSDP has not helped the EU to ‘make its voice heard in world affairs’ and the use of CSDP in response to international crises has been very limited – ‘response’ generally involving a small-scale mission well after the worst of any violence has ended. Battle groups have never been deployed. Thierry Tardy of the EU ISS has defined much of what CSDP does as ‘sub-strategic’ – relatively small scale missions that are not the main expression of a strategy and do not drive major changes in the recipient state or region. They are largely training, advisory or monitoring missions deployed post-crisis, as the list of missions on the EU’s External Action Service website illustrates.

This is not to deny that there is some value to such missions – value that could be maximised if the missions truly form part of a ‘comprehensive approach’ designed to help states in a wide range of areas. But momentum is absent. The European Council of 25-26 June 2015 was supposed to spark that, but it barely touched on defence issues (perhaps understandably so, given the wider context of the Greek euro crisis, the migration crisis, and British reform requests). The resulting declaration merely recounts a list of things the EU must do (at some point in the future): prepare a new security strategy; implement a new internal security strategy; ensure a ‘more effective, visible, and results-oriented CSDP’; develop military capabilities; and so on.

So it is clear that the practice of CSDP is still far from what its originators might have envisaged. Given the ‘arc of crisis’ that stretches across the EU’s southern and eastern borders, this is particularly disappointing to promoters of the CSDP. Of course there are numerous reasons for the lack of (or slow) development of CSDP, including the impact that the financial and euro crises have had on defence budgets and on ministerial attention. But among these reasons we must also include the fact that the UK and to a certain degree even France have lost interest in CSDP.

Nick Witney has argued that the UK always intended to lead rather than participate – and encourage others to do more, mostly as a way of boosting the European contribution to NATO. The semi-Brexit we have seen has meant that the UK has done little leading, in addition to very little participating. According to the IISS’ publication, The Military Balance 2014, last year the UK contributed fewer than 50 personnel to CSDP missions ‘on land’ (so excluding the Atalanta mission off the coast of Somalia). This is a very small contribution considering that the total number of local and international personnel on those missions in 2014 was approximately 4,300. On top of this is the fact that British defence spending – though still higher than many of its European NATO allies – is declining, perhaps below the 2 per cent of GDP figure that all allies are supposed to achieve.

What difference would Brexit make to this situation? It could be argued a British exit would hardly be noticed. But both the current semi-Brexit and any eventual full Brexit are damaging, both to the UK and the EU. It deprives the rest of the EU of at least a potential leader, a potential key player in the development and strengthening of the EU’s comprehensive approach, which fits so well with key British foreign policy aims such as preventing conflict. And it deprives the UK of influence in Europe, influence with the US, and influence more widely.

Of course, we might also view any damage to the CSDP as potentially liberating. Whether the EU needed to develop military capabilities in order to exercise influence internationally is another matter; there was merit – as well as coherence and consistency with the EU’s founding principles and integration trajectory – in maintaining a ‘civilian power Europe’ approach. Indeed, if the EU had instead chosen to focus on strengthening its civilian power, it may not have lost so much time, energy and money on trying to give the EU the possibility to use military instruments, an endeavour that has so far not produced much.

The EU could seize the opportunity of a fading CSDP to turn its focus to civilian power, to develop its comparative advantage in civilian crisis response, and to develop a comprehensive approach by cooperating more closely with other organisations and states that could provide any necessary military instruments. Although this is unlikely – once a path has been taken, it is difficult to reverse – such a decision might be one way out of the current morass.

The question “Would Brexit spell the end of European defence?” was debated at a panel at the LSE on 30 June 2015, part of a series of panels exploring the relationship between the UK and the EU.

Note: This article first appeared at LSE’s EUROPP blog. This article gives the views of the author, and not the position of BrexitVote blog, nor of the London School of Economics and Political Science.

Professor Karen E. Smith – LSE International Relations Department
Karen E Smith is a Professor in International Relations and Director of the European Foreign Policy Unit at the London School of Economics. Her research interests have centred on the international relations of the European Union, focusing on the EU’s pursuit of so-called ‘ethical’ foreign policy goals such as promoting human rights and democracy. Her recent books include Genocide and the Europeans (Cambridge University Press, 2010) and European Union foreign policy in a changing world (3rd edition, Polity, 2014). 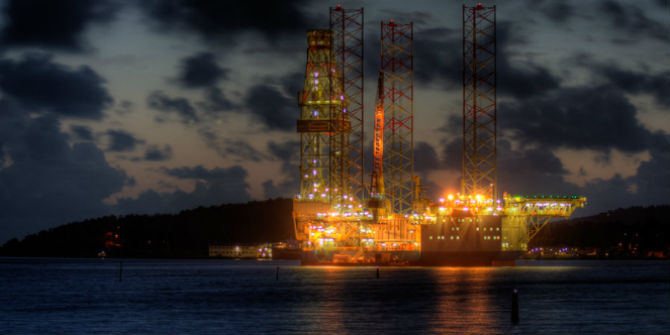