David Cameron is in the process of renegotiating the terms of the UK’s EU membership ahead of a referendum to be held before the end of 2017. However there remains little clarity on the precise concessions that the UK wishes to secure. Thierry Chopin outlines a proposal for a fair deal between the UK and the EU which focuses on two key areas: deepening the single market and integration in the euro area. He argues that securing such a deal would not only improve the chances of the UK voting to stay in the EU, but could also help strengthen the euro area.

The result of the UK’s referendum on EU membership is extremely hard to forecast today. The domestic political situation as well as the migratory crisis will have a major impact on the outcome in a context where confusion is maintained in the UK by Brexit supporters between free internal circulation, external immigration and Europe. The outcome of the referendum will also depend on the negotiations which take place between London and its European partners.

However, although the power struggle between David Cameron and the Europhobes in his party appears to be vehement in the UK, he should also assess what other national governments are prepared to accept and adopt a more conciliatory attitude towards his European partners. Mr Cameron could lose face and his referendum if he achieves too little in the renegotiation of the conditions governing the UK’s EU membership. But the “demands” (a term rejected by London) made by the British government could be too much to be deemed acceptable by his European partners.

What does the British government want? Is the reform sought after by London acceptable? How far are its partners prepared to go to keep the UK in the EU? Is a compromise possible and acceptable by all of those involved in the negotiation?

An acceptable reform of the EU?

We know the main lines of EU reform targeted by London, even if they are still relatively vague. On an economic level: importance is given to the general goal of deepening the single market, structural reform, competitiveness, free trade. It is clear that this agenda converges with the economic preferences of most Member States, notably Germany.

On a political level, there is a will to strengthen the control over decisions taken at the European level, notably by an increased role for national parliaments in controlling the subsidiarity principle; this mainly aims to strengthen the “early warning mechanism” introduced by the Lisbon Treaty, which was already strongly influenced by the UK and used only twice since 2010. This measure might be improved in practice.

In addition, London wants to be exempted from the historic goal of an “ever closer Union”, thereby supposing a revision of the European treaties (notably the Preamble and the Charter of Fundamental Rights). In fact the UK already benefits from a certain number of opt-outs – notably regarding Schengen and the single currency – which shows that this goal has not prevented the existence of a “several-tiered Europe”.

Regarding relations between the EU-19 (i.e. the euro area) and the EU-28, the British government is aiming to protect the interests of non-euro area countries by achieving guarantees that the EMU countries will not impose measures deemed contrary to the interests of the others. In a context in which the issue of continuing euro area integration is on the agenda once more, that of protecting the rights of non-euro area countries is also being raised.

EMU Member States as well as the “pre-in” members (EU Member States that want to adopt the euro) might specify their legal obligations in view of fair treatment between the States which are euro area countries and those which are not: respect for the community acquis; respect for the precedence principle of the EU treaties and European law; guarantee of the transparency of their activities; right to take part in euro area meetings for those who would like to join.

However, clear limits have to be set regarding this claim. It is obvious for example that recent proposals that aim to do away with the legal obligation of the adoption of the single currency and even the introduction of new voting rights for the non-euro area countries are unacceptable: it would be both dangerous given the implied dangers in terms of efficiency and democratic legitimacy. We should remember here that 26 Member States committed to adopting the single currency when they fulfil the required conditions in virtue of article 3.4 of the treaty – only two states, Denmark and the UK have an opt-out – but these are two exceptions and not the rule.

Last but not least, the British government would like to obtain measures that limit the benefits granted to intra-European migrants, notably those from Central and Eastern Europe, which implies a challenge to the principle of free movement within the EU. Although we cannot pretend that benefit abuse does not exist or not try to counter or prevent it – for example by reviewing the posting of workers directive – there is a consensus within the EU which states that the acknowledgement of a certain amount of abuse does not mean that we have to challenge the principle of free movement, which is a foundation of European integration.

This principle is mainly seen by European citizens as one of its greatest achievements. From this point of view it does not seem possible for London to achieve its goals in terms of what is deemed a “red line” by many European governments, notably Berlin and Warsaw.

Deepening the single market and integration of the euro area: a fair deal?

A compromise that would enable an agreement between London and its European partners might lie in combining a programme to deepen the single market, notably from a financial point of view, with the project for the Capital Markets Union – digital and energy, on the one hand, and an integration project at euro area level on the other.

Moreover this compromise should include an EU democratisation programme that would enable a response to the democratic deficit as diagnosed in London and revealed by the Greek crisis. Democratisation means strengthening the role of the national parliaments – which must not just be restricted to a negative role of censorship, but which might be constructive, and also via the strengthening of the legitimacy of the European institutions.

This compromise has several advantages. It would allow the UK to promote its agenda and to exert influence within a deepened single market. For their part the UK’s privileged partners (e.g. Finland, Ireland, Netherlands) would also be interested in the prospect of reviving the liberalisation process within the single market.

Moreover the Economic and Monetary Union should be reformed and deepened, there should be greater euro area integration with financial solidarity, a true banking union, the definition of a convergence strategy – notably from the fiscal and social points of view – all of which based on greater democratic legitimacy – notably with stronger involvement on the part of the national parliaments and the European Parliament. David Cameron himself also called for EMU to be deepened like this, which is also in the interest of the British economy, given 40 per cent of the UK’s exports target the euro area.

This compromise might be expressed in two protocols. First, a protocol on subsidiarity and fair treatment within the single market. This protocol would aim to restate the revival of a programme to deepen the single market for growth and employment and set out in detail the guarantees which comprise the vital conditions for healthy, loyal competition which form the EU’s foundations, notably the respect of the principle of reciprocity and mutual acknowledgement as well as the respect of common rules on whose basis the single market is run: transparency, loyalty, fairness.

It would also acknowledge the differentiated integration principle as a path to achieve the goal of “ever closer union” and on this occasion restate the opt-out the UK enjoys whilst respecting its national sovereignty just as that of the other Member States. In addition it would specify the changes that aim to improve the role played by national parliaments in terms of control over the subsidiarity principle. It would also specify the legal guarantees of the EMU Member States (see above) as well as the “pre-in” (EU Member States which want to adopt the euro) with the aim of protecting the rights of non-euro area members and at the same time reassert the obligatory nature of adopting the single currency as planned by the treaties, as well as the impossibility of acquiring new voting rights by states that are non-euro area members.

Second, a protocol on Economic and Monetary Union. This protocol would aim to specify the main points of EMU reform with the intention of consolidating the intergovernmental treaties created outside of the community framework (Fiscal Compact, European Stability Mechanism – ESM – treaty); as well as specifying the legal basis for the Single Resolution Mechanism of the Banking Union and the direct recapitalisation of the banks by the ESM.

The protocol would also specify the functioning of the European institutions in the euro format (euro area committee within the European Parliament, the creation of a euro area Ministry of Finance combining the role of President of the Eurogroup and the Commissioner for the euro, the euro area institutions’ accountability – including the Troika, the Finance Minister and the ESM – to this committee). Finally it would integrate modifications that aim to strengthen the EU’s democratic legitimacy, not only via the enhancement of the role played by national parliaments, but also by the democratisation of the functioning of the European institutions.

Initially these two protocols might take the form of a political declaration by the Heads of State and government, a declaration that might be made formal in a second phase on the occasion of the next treaty change. Such a ‘fair deal’ might promote a positive vote during the referendum and a positive outcome, with the UK remaining in the EU combined with a strengthening of the euro area.

Note: A version of this article originally appeared at the Centre for International Research (CERI) of Sciences Po, at the Robert Schuman Foundation, and EUROPP. This article gives the views of the author, and not the position of BrexitVote, nor of the London School of Economics. The author would like to thank Jean-François Jamet for his reading of the first draft of this text and for his much appreciated comments. Featured image: Credit: Dave Kellam / Flickr (CC BY-SA 3.0)

Thierry Chopin – Robert Schuman Foundation / LSE
Thierry Chopin is the head of research at the Robert Schuman Foundation (Paris / Brussels). Visiting professor at the College of Europe (Bruges), he is associate expert at the Centre for International Research (CERI) of Sciences Po and visiting fellow at the European Institute of the London School of Economics and Political Science (LSE). 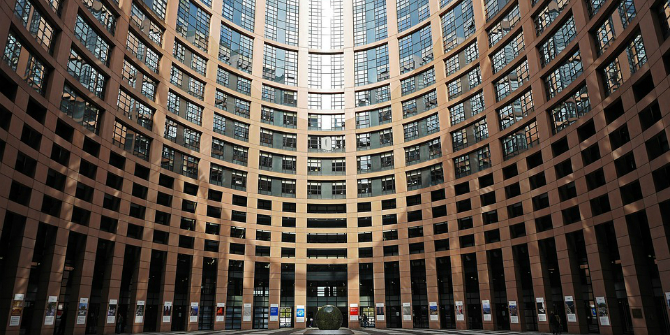 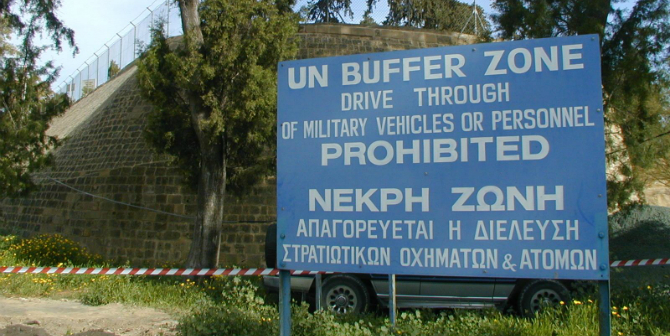