A quick note on two EU referendum polls from the end of last week. One was by Survation, conducted for the Leave.EU campaign – tables are here. Topline figures there were Remain 47%, Leave 53%. This is interesting mostly because it shows a lead for Leave when the overwhelming majority of polling shows Remain with a narrow lead (the last poll to put leave ahead was YouGov in September). All the polls so far using the referendum question are here.

The other data was from the British Election Study face-to-face survey. This is not new data by any means: the fieldwork was conducted between May and September (mostly in May, June and July). It found referendum voting intentions of Remain 61%, Leave 39%. On the face of it this looks interesting – as discussed last week the face-to-face BES sample avoided some of the problems of the pre-election polls and got the recalled Conservative lead over Labour about right.

Is this potentially a sign that the mainsteam polling on the EU referendum could also be getting it wrong, and be understating the Remain lead? I would be very cautious before drawing any such conclusions, not least because of the timing of the fieldwork – polls now may be showing only small leads for Remain, but back in May to July when most of the BES fieldwork was done there were some bigger leads, especially from MORI and ComRes telephone polls, which had Remain at 63%, 65% and 75% in polls at the time.

This post originally appeared at the UK Polling Report. It does not represent the views of the LSE’s BrexitVote blog, nor those of the LSE. 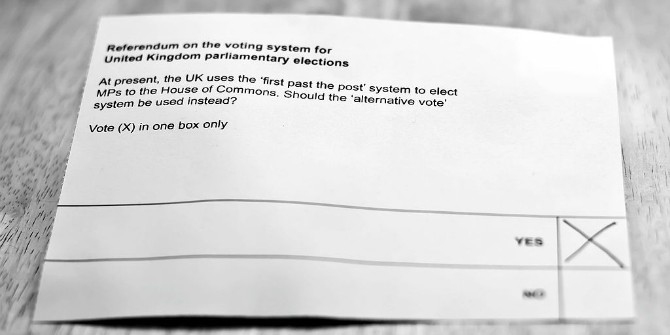