The European Parliament and the UK’s renegotiation: what do MEPs think?

The European Parliament and the UK’s renegotiation: what do MEPs think?

Debates about the future of UK-EU relations have paid little attention to the European Parliament. There have been no studies comparable to those that have looked into how member states view the renegotiation or might respond to a Brexit. Media reports indicate that the European Commission taskforce handling the UK renegotiation has even looked into ways of avoiding the Parliament becoming involved. Whether or not the Parliament will have any say in the renegotiation, it is clear that if Britain votes to withdraw then the EU Treaty’s withdrawal procedure guarantees the Parliament a say in any deal over an exit and a new UK-EU relationship.

To find out the views of the European Parliament BrexitVote is beginning a series – compiled by Tim Oliver – in which MEPs from across the Parliament set out what they think of the UK-EU renegotiation, the idea of Brexit and – most importantly – what role they think the Parliament will play. 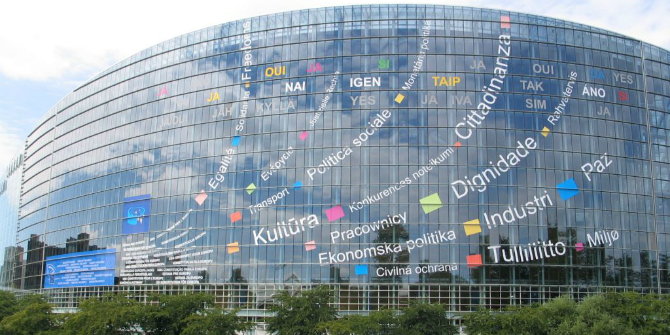 The European Parliament in Strasbourg. Photo under Creative Commons licence

One thing is certain: the EU and the majority of its Parliament want to keep the United Kingdom in the European Union. We need a strong UK with a European mind and vision, and Britain is definitely better off within the EU. There is no doubt about that.

But it should also be clear to everyone that an EU membership is possible only under the rules of the EU, and not at any price. With the Lisbon Treaty we have found a well-balanced structure, ratified by all national parliaments; the negotiations between the 28 member states were tough enough. Certainly not everything is optimal, in fact there is much left to be improved.

Principles such as the free movement of workers without any discrimination or the contractual arrangement that the Euro is the currency of the EU have to be secured. Furthermore, it must be ensured that opt-outs of the UK do not lead to a stagnation of the EU as a whole.

It is clear that the call for competitiveness of the EU as well as for a fair treatment of the UK as a member of the Single Market must be heard. Apart from that, the right of the national parliaments to use the “orange card” can be strengthened in a practical way, applying the rules of the treaty.

I dare to predict that after long negotiations the British government will eventually realise that substantial treaty changes are impossible. Unless David Cameron manages to sell adjustments of the EU-UK relationship (which I believe are feasible) as his victory to the British public and – maybe even more importantly – to his own party, then there will be only one decision left: Brexit or no Brexit?

This shall be up to the British people to decide. After all, Britain needs the EU more than the EU needs Britain, and in many respects.

The role of the European Parliament in the UK’s renegotiation saga could be crucial or minor – depending on how the talks go – and in the ultimate case of an eventual Brexit, decisive as regards the terms and conditions for subsequent arrangements.

For the “reforms” Cameron is seeking, much depends on the instruments used to secure them. If changes to existing EU legislation are required, then these must get through the (possibly reluctant) Parliament. If a treaty protocol is the instrument of choice, then there is no formal European Parliament veto (though in certain circumstances, it could insist on a Convention to examine the changes and probably propose others), but the approval of 28 national parliaments will ultimately be needed. If the reforms consist of jointly agreed interpretations of the treaty (whether or not these are lodged with the UN) or changes to Council’s Rules of Procedure, or undertakings entered into by the Commission or by Member States, then there is no formal role for the Parliament, but it will certainly be a major forum of political debate on them, contributing to the shaping of opinion in political parties across Europe.

Finally, if there is a Brexit, the European Parliament has a veto over any terms negotiated for future arrangements.

The first point to make is that Parliament is, understandably, divided over Brexit. The three main parties – EPP, S&D, ALDE – are in favour of the UK remaining in the EU, but the parties to the right of the EPP are Eurosceptic.

For myself, I can speak with authority only about the EPP, which is in favour of UK membership. On the other hand, the UK remaining – it has been called “Bremain” – cannot come at any price. The EPP strongly supports the inviolability of the four freedoms and that they are causally linked. If one is restricted – the freedom of movement of labour – it cannot be ruled that there will be calls for restrictions on the capital markets, above all from the Central European states, which have seen a massive outflow of population and an inflow of capital that at times has been less than sensitive towards local concerns.

A further aspect of a potential Brexit is the possibility of the break-up of the UK. If Scotland votes to remain, but there is an English majority for departure, Scotland would opt for independence. This would be a major headache for the EU, as there is no precedent for a development of this kind and would give rise to far-reaching constitutional issues. Equally, this would encourage Catalan and maybe Basque moves towards leaving Spain, an outcome that Madrid finds unthinkable.

Finally, there is the vexed question of treaty change. It is widely, if uneasily, acknowledged that the Lisbon Treaty cannot be the last such EU agreement, but calling a Convention, agreeing on a text and then having it ratified by 28 member states, as well as the European Parliament, would be painful and tortuous. As against that, the departure of the UK from the EU would necessarily mean amending the treaties. It looks like an insoluble dilemma, at this time anyway.