Britain’s exit from the European Union would have far-reaching consequences for ties between the United Kingdom and United States of America, writes guest columnist Tom O’Bryan. This is a revised version of an oped article published in The Hill on December 30, 2015.

Britain lurches ever closer to the European Union’s exit door.

As a British millennial committed to our special relationship with the United States of America, I’m concerned. Americans should be too.

By this time next year, America’s “closest and most reliable ally” may become the first ever country to vote to leave the E.U. in the institution’s sixty-year history.

A so-called “Brexit” would be damaging for Britain’s economy, security and society. It would also be detrimental for our partnership with America. The U.S. – U.K. bilateral investment relationship is the largest in the world. U.S. exports to Britain were worth nearly $54 billion in 2014 alone, and Americans make over 3 million trips to the U.K. each year. London is also an important partner in the global effort to counter violent extremism.

While President Obama has voiced his concerns about Britain leaving the E.U., both Marco Rubio and Jeb Bush have signaled cautious support for Brexit. Democrats and Republicans alike should be anxious.

Prime Minister David Cameron’s pledge in January 2013 to hold a referendum on Britain’s E.U. membership was a calculated political move. Assuming he can negotiate a restriction on migrants’ benefits in the U.K., Cameron himself is said to support continued E.U. membership. Despite this, the Prime Minister has decided to offer the British people the opportunity to determine our country’s future relations with the continent.

At first it seemed to work: Cameron’s gamble helped the Conservative Party to win over Eurosceptic voters in an unexpected and decisive general election victory earlier this year.

But it’s now clear that gamble has backfired.

Just a year ago, 61% of the British public opposed leaving the E.U. Yet there is growing popular frustration with perceived waste and inefficiency in Brussels, fomented by a well-funded and well-organized ‘Out’ campaign. Today, voters are evenly split.

The Conservative Party is now divided by a “civil war” over Europe reminiscent of the Margaret Thatcher era, with “most Conservative parliamentarians” defying the Prime Minister in their support for the U.K. leaving Europe.

Brexit is now a very real possibility in 2016: Conservative Party insiders believe the referendum will likely be held as soon as June. An ‘out’ vote would affect America’s national interests in a myriad of ways.

Trade relations with the United States would certainly be damaged. The U.S. will gain $95 billion per year from a free trade agreement with the E.U. set to be concluded within the next year. But the U.K. would be excluded from this Transatlantic Trade and Investment Partnership (TTIP) if it leaves. This would also reduce the benefits of TTIP for the U.S. given Britain’s status as Europe’s second largest economy.

British Eurosceptics have justified cutting Brussels loose on the grounds that we will be able to “stay within some sort of free trade agreement with America.” However, the U.S. Trade Representative has categorically ruled out such a deal: we would be subject to the same trade restrictions as China, Brazil or India.

Brexit could have consequences for American jobs, too. British businesses and affiliates employ almost one million American workers, and over 90% of Britain’s fastest-growing enterprises believe an ‘out’ vote would be bad for business. We should heed this emphatic endorsement of continued E.U. membership from the private sector. 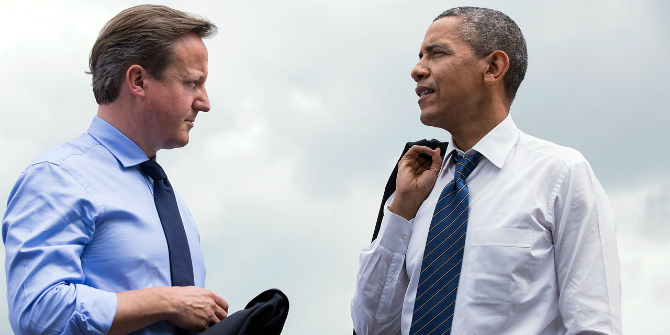 U.S. national security would also be compromised if Britain votes to leave Europe.

Growing up in southwest England, it’s all too easy to forget just how recently our country was devastated by war. My grandparents’ neighborhoods were damaged in air raids; their families evacuated; their friends wounded or killed. The physical and mental scars of war in Europe linger.

The European Union is one of the most successful experiments in post-conflict reconstruction in human history, and was awarded a Nobel Peace Prize in 2012. France and Germany fought three wars over seventy years. Conflict between Berlin and Paris is now unthinkable: their peoples united in friendship and respect, their economies interlinked. In large part, that’s thanks to the E.U.

Today we face altogether different, but nevertheless substantial, threats to our security as demonstrated by a score of violent terrorist attacks across the continent in recent months. The proliferation of extremist networks – including but not limited to the Islamic State – across Europe directly threatens American national security. European countries must work together to counter violent extremism, identify and disrupt safe havens for terrorist networks, and effectively police sovereign borders.

It will be harder, not easier, to marshal and finance integrated European counter-terror operations if Britain withdraws from the E.U. Homeland security on both sides of the Atlantic will be threatened, not reinforced.

A post-Brexit British society would be more inward-looking, isolated and insular than it is today. These values are antithetical to the moral foundations that underpin our special relationship with America: a proud commitment to liberal internationalism, democracy, human rights and free trade.

In the interests of our mutual prosperity and security, America must hope that the British people embrace a future at the heart of the European Union.

The challenges that the next President of the United States inherits may be all the greater if they do not.

This blog first appeared on The Hill. It represents the views of the author and not those of the BrexitVote blog, nor the LSE. 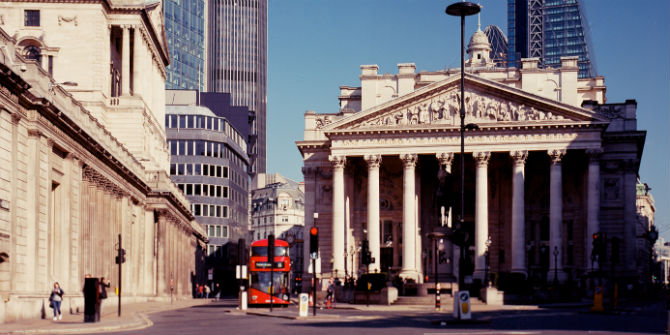 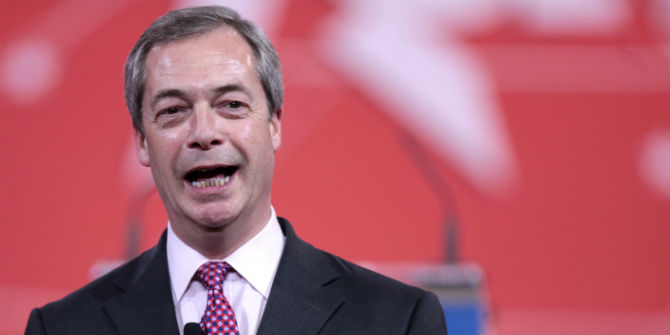