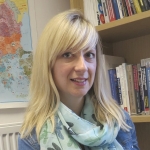 After months of touring European capitals and several long days holed up in Downing Street, David Cameron, the UK prime minister, can finally reveal the fruits of his labour. Donald Tusk, president of the European Council, has published a draft plan on renegotiating the UK’s place in the EU. This much-anticipated document, which makes it more likely that the UK referendum on EU membership will go ahead in June, says Sofia Vasilopoulou. She claims it delivers on a number of negotiating points, including competitiveness, cutting red tape, protecting non-eurozone members from economic stresses, and Britain’s commitment to further integration.

The plan offers precious little detail on the most contentious issue at hand – restricting benefits for EU migrants. That said, the fact that the EU has agreed that the UK could at least potentially apply an “emergency brake” on these payments is a major breakthrough.

There has been much talk of allowing the UK to apply the emergency brake mechanism to exempt it from having to pay in-work benefits to EU migrants. The document does indeed open up the possibility of this happening, which signals great progress in the UK-EU negotiation, but it is by no means plain sailing from here.

We learn that the president of the European Council, Donald Tusk, has agreed that a member state could, in theory, ask to apply an emergency brake to limit social security benefits but that the decision on whether to apply it is ultimately down to the European Council – the body that brings together the leaders of all member states. That includes Poland and the clutch of eastern European countries who are opposed to allowing the UK to take this step.

The brake can be used on EU migrants for the first four years of their employment but while the British government can completely withhold payments at first, it has to start letting them access benefits on a graduated scale as the four year period progresses. This is to “take account of the growing connection of the worker with the labour market of the host Member State”. This serves to minimise criticisms that the UK is discriminating against nationals from other EU member states.

What also remains unclear is how long the UK would be allowed to apply the brake for. In fact, this is exactly what the document says on that matter:

The Council implementing act would have a limited duration and apply to EU workers newly entering its labour market during a period of [X] years, extendable for two successive periods of [Y] years and [Z] years.

The duration of the application of this mechanism is to be further discussed, which suggests that Tusk and Cameron were not able to reach an agreement on this issue.

Nevertheless, even this is a major concession by the EU. If the European Council approves the move, it would indicate that key figures feel the UK is indispensable to the union.

Cameron has to persuade three extremely diverse groups that this deal will benefit both the UK and the EU. And there are serious questions about whether it will be possible to please all the other 27 heads of state, Cameron’s own MPs and the British public with any solution. Each group has deeply contrasting demands.

Cameron’s 27 European counterparts need to be convinced that this is a deal that they want to ratify at their next meeting on February 18.

The document makes it clear that no member state has the right to discriminate against EU citizens based on their nationality. But it seems that Poland and a group of other eastern European countries may think that what the UK has in mind does indeed look like discrimination. These countries may feel that these measures are specifically aimed at their own nationals living in the UK.

Cameron also needs to please the “reluctant inners” within his party – these are the Conservatives who could be convinced to support remaining in the EU if the UK’s position in the partnership has been sufficiently reformed. They need to feel that this document truly represents that reform. This group is likely to be pleased by the deal on competitiveness and economic governance but continue to have reservations about EU migration.

Cameron may face opposition from the home secretary, Theresa May, who has demanded tougher measures than those set out in this document. May wants more stringent rules on who is even allowed to enter the country at all, let alone who can claim state support. To win the referendum, Cameron would need all the support he can get from his party.

And once the prime minister has passed these first two obstacles, he will have to face the British public. Those who oppose EU migration are unlikely to be reassured by this document. Freedom of movement is the fundamental issue here.

Securing agreement in the next European Council meeting is important in order to set the motions for the referendum in June. Cameron’s rationale is that it would be better to hold this referendum while the government is still popular rather than waiting any further into the electoral cycle.

This piece first appeared on UK in a Changing Europe and it gives the views of the author, and not the position of the LSE BrexitVote blog, nor of the London School of Economics and Political Science.

Sofia Vasilopoulou is a Lecturer a the Department of Politics, University of York