In the aftermath of the terrorist attacks in Brussels, the Polish government decided to make its already strict stance on refugees even harsher. Polish prime minister Beata Szydlo announced on 23 March that the country was annulling its earlier promise to accept at least 7,000 asylum seekers, breaching the terms of Poland’s agreement with the European Union. Maciej Kuziemski reports on the Polish debate that echoes the discussions on immigration and refugees taking place in the context of the Brexit vote in the UK.

The move is deeply hypocritical. Even as Poland refuses to accept a comparatively small fraction of the 120,000 refugees to be placed throughout the EU, the largest economic emigration in Polish history continues. Roughly 800,000 Polish nationals live in the United Kingdom these days, constituting the largest non-British nationality in the country, according to the Office for National Statistics. But while Polish people seek to make the most of other countries’ hospitality, the country’s government appears unwilling to extend its own.

To understand the roots of Poland’s refusal, it’s helpful to understand the country’s history. Ravaged by occupation, genocide and communist rule for the last two centuries, Poland was reincarnated in 1989 into a largely homogenous, Catholic, and institutionally weak country. Its economically stratified society has continued to argue about transition strategies ever since. Compromise in Polish politics is scarce, and so is the level of trust in public administration.

But Poland hasn’t always been this way. Before World War II, minorities made up about one-third of the country’s population. Going much further back in Polish history, the period of Jagiellonian rule in the 16th century is frequently referred to as Poland’s Golden Age. This era owed its prosperity in large part to the movement of both goods and citizens between Poland and Italy, the Netherlands, Germany, and Russia. Equally important were Poland’s religious freedom laws, which brought the country fame as a safe house for political dissidents.

Yet Poland appears to have forgotten the lessons of history. Today, the government wants to have its cake and eat it too. But a country cannot maintain strong growth rates while closing its borders to skilled workers who are fleeing war and terror while seeking peace and prosperity. In a world that is more interconnected than ever, isolationism is a sad farce.

Poland’s deputy prime minister Mateusz Morawiecki knows this well. Before taking office, he was an executive at Bank Zachodni WBK, one of Poland’s largest and most profitable banks. Today, Morawiecki plays a major role in determining Poland’s economic policy. One of the pillars of his recently announced strategy focuses on creating favorable conditions for the Polish start-up ecosystem, benchmarked by the success of Silicon Valley.

Yet Silicon Valley would never be what it is today without immigrants. Immigrants founded 52% of new Silicon Valley companies between 1995 and 2005, according to the nonprofit Kauffman Foundation. They make up a significant portion of Silicon Valley’s CEOs, scientists and engineers. Modern markets need motivated people with hard skills in order to grow, and that’s exactly what should be on Poland’s agenda.
Moreover, while Poland’s government refuses to accept migrants today, circumstances may well force the country to change its mind sometime soon. Demographic projections suggest that Poland’s working-age population will shrink by 2.7 million by 2025. The country will need more workers to achieve its economic goals.

In short, the Polish government’s stance on refugees is an embarrassment—not to mention a troubling sign for a society that presents itself as overwhelmingly Catholic. The moral argument for welcoming refugees ought to be enough. But in case it’s not, it’s also true that Polish statehood has historically thrived only when it opened its borders and embraced a heterogeneous society. To paraphrase the words of theologian Henry Chadwick, a country that has lost its memory is in a sad state of senility.

Note: This article first appeared on QUARTZ and it gives the views of the author, and not the position of BrexitVote, nor of the London School of Economics. Featured image credit:  P. Tracz/ KPRM (P. Tracz/ Chancellery of the Prime Minister of Poland).

Maciej Kuziemski is chairman of the Coalition for Polish Innovations and board member of Res Publica Foundation. He can be followed on Twitter @kuziemsky. 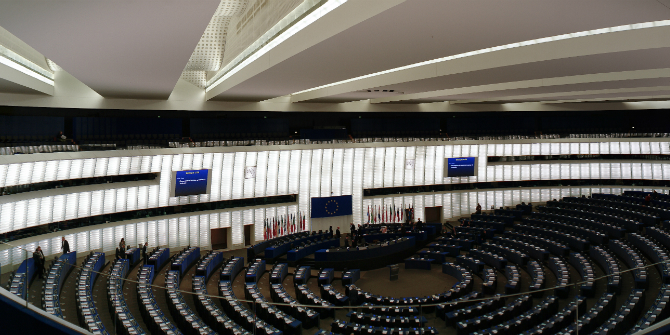