In the second of three posts discussing the scale of the challenge ahead as Britain considers how to trade post-Brexit, Michael Johnson looks at the alternatives open to Britain. It is extremely difficult to see how Britain could stay in the Single Market without being forced to compromise on one or more of its ‘red lines’ – an end to freedom of movement, to EU budget contributions and to jurisdiction of the European Court, and an independent trade policy.

Despite some loose talk to this effect, the UK will not be shut out of the EU market following Brexit.  The issue will be on what terms British traders then have access.  Any country trading into the EU in either goods or services has access to the EU market, subject where applicable to EU tariffs or other restrictions on goods imports, and in both cases to the requirement to meet all EU regulatory standards.  In this the UK, once outside the Union, will

be no different from any other country trading into the EU.

It is possible that a “quick and clean” break (perhaps a “hard” Brexit without the implied threat), as championed by some politicians, could be negotiated fairly quickly.  Very likely, however, it would fail to meet at least some essential UK needs.  The British government therefore has to seek a viable compromise solution and has stated often that it seeks the most favourable possible future trading arrangements both for the UK and for the EU27.  Ideas for a wide range of potential compromises have been aired but none has been explored, or publicly discussed, in depth.  For example, the UK might be able to negotiate an arrangement whereby after Brexit it stayed in the customs union.  This would enable trade both ways between British and EU enterprises to continue duty-free and without increased paperwork and other procedural formalities.  On the other hand it would make it impossible for the UK to make bilateral trade agreements with third countries because Britain would be required to continue to apply the CCT and to abide by ECJ judgments governing customs union matters.

Some commentators favour the UK’s concluding with the EU a reciprocal Free Trade Agreement (FTA) similar to that signed with the European Free Trade Association (EFTA) countries to constitute the European Economic Area (EEA).  This gives the EFTA countries access to the Single Market, except for agriculture, fisheries, and justice and home affairs.  In return it requires contributions to the EU budget and subordination to the authority of the EFTA court, which oversees compliance with Single Market standards.

Any form of FTA would require a significant increase in paperwork and administrative effort governing bilateral UK/EU trade, because inter alia of the need to obtain certificates of origin to prove that goods were eligible for FTA treatment; and at least in some cases, that c0nsignments comply with regulatory requirements on the importing side.

In principle the UK might be able to leave the customs union but remain in the Single Market, focusing on access to the services market.  80% of the UK economy now consists of services, and continuing unrestricted access for UK services suppliers to the markets of the EU 27 is vitally important.

However there is no single provision or package labelled “Single Market” which the UK could sign up to – the Single Market consists of a complex of individual sectoral agreements and technical regulations covering an increasingly wide range of activities.  Inevitably the UK, in negotiating to retain access to vital areas of the Single Market (such as banking and financial services, medicine and accountancy), as well as the mutual recognition of professional and technical qualifications, would have to adopt a laborious and time-consuming à la carte approach, concentrating on areas which were perceived as most important.

It is also suggested that if it proved impossible to negotiate a definitive UK/EU agreement within the 2 years specified by Article 50 (or in practice within 18 months as suggested by the European Commission’s lead Brexit negotiator Michel Barnier), both sides might agree to continue on an interim basis with present arrangements, i.e. with the UK temporarily treated as though it were still a member state.  Such an agreement could maybe be linked with an extension of the 2-year negotiating period laid down in Article 50.  It would however be possible only if all the EU27 governments agreed, and it could be unacceptable to at least some of them because it would prolong uncertainty about what UK/EU trading relations would be in the long term.

Whatever solution eventually emerges, UK goods exporters to the EU27 will still have to comply with the EU’s product-related standards and regulations.  It will be essential to secure continued bilateral recognition of testing and conformity assessment procedures. The issues here may be mitigated over time given the fact that standards are increasingly set at international levels, typically by the International Standards Organisation (ISO), and in the case of vehicles by the UN Economic Commission for Europe.

UK “red lines” and their impact

Statements by UK politicians make it clear that the government has laid down four essential requirements for our future relationship with the EU (described in some quarters as “red lines”), as follows:

Of these, (1) and (4) appear to be absolute requirements, while (2) could in practice be modified depending upon what terms the UK managed to negotiate with the EU27 for the post-Brexit relationship. As regards (3), some Ministers have suggested vaguely that the UK might be prepared to make a financial contribution to the EU in order to retain at least a measure of preferential access to the Single Market, though at a lower level than the contribution which Norway, for example, makes under the EEA Agreement.  (Currently Norway’s annual contribution to various EU activities totals just under €900 million, or approximately €175 per head of population.)

Valuable work by the Trade Policy Observatory at Sussex University has shown that of the various alternative arrangements which might be negotiated, only a complete break with EU law and institutions without any special access agreement (effectively a “hard Brexit”) could satisfy all four of the above criteria.  Meanwhile Michel Barnier said on December 6 that in any negotiation the “four freedoms” (free movement of goods, services, capital and labour) remained indivisible and non-negotiable as foundation-stones of the EU.  This appears at the present stage to rule out any negotiated solution involving UK restrictions on EU immigration.

In fact, any of the wide range of possible compromise UK-EU solutions preserving a measure of access to the Single Market would appear to trip over one or more of the UK’s four criteria.  Additionally, a Free Trade Agreement between the EU and the UK would have to meet the WTO requirement that FTAs must remove “substantially all” the trade restrictions between the parties, which in practice is taken to mean at least 90%.  By this token a limited sector-specific free trade agreement, covering for example just vehicles, would both fail the WTO test and be open to objection by other WTO members as a gross breach of the parties’ WTO obligation not to discriminate in their trade between or against other members.  It is inconceivable that the EU side would be willing to sign any agreement that was in breach of the WTO.

Thus the auguries for negotiation of some sort of post-Brexit preferential agreement between the UK and the EU which would preserve at least a measure of UK access to the Single Market do not look good, unless both sides are prepared to make major compromises which they currently rule out.  At present the most likely outcome looks like being for the UK to trade outside and with the EU like any other “third country”, on the basis of WTO rules and procedures.

This is the second of three posts by Michael Johnson exploring the trade and tariff implications of Brexit. Read the first here. His third post looks at the WTO and the potential for new bilateral trade deals between the UK and other countries. 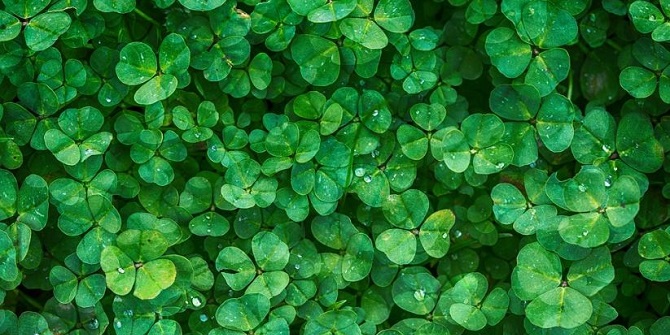 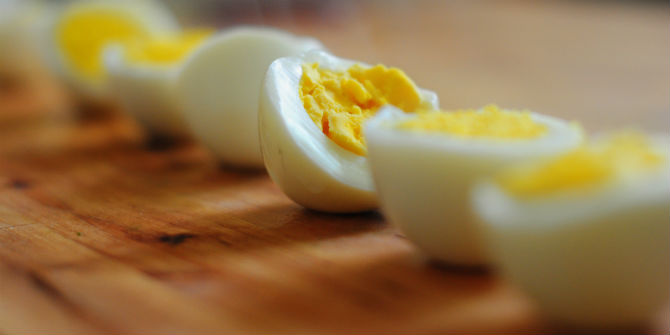 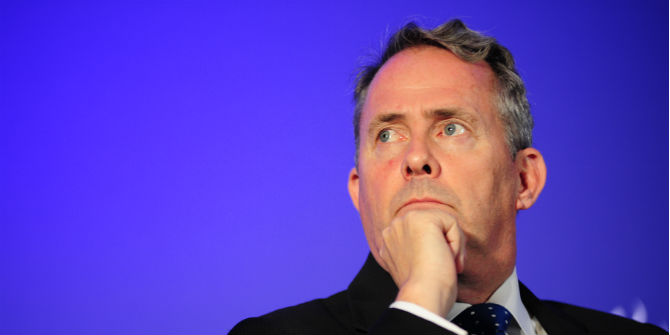