If Europe has a culture, is there such a thing as a European nation, asks Benjamin G Marti? In a piece originally published at Aeon, he cautions against historicizing this question and highlights its very contemporary dimension vis-à-vis today’s clash between Europeanist and nationalist visions of what Europe is.

Think of culture, of literature, music, philosophy, the fine arts, and it means thinking of Europe. ‘The idea of culture, of intelligence, of great works,’ wrote the French poet and essayist Paul Valéry in 1919, ‘has for us a very ancient connection with the idea of Europe.’ In an anthropological sense, of course, all peoples possess culture. But high culture – as conceived of by most people – continues to be essentially European. The notion that there is an essentially European culture, and that culture distinguishes Europe from the rest of the world, is very much alive. This idea, which Valéry thought ‘very ancient’ even in 1919, animates political discussion all over Europe today.

The idea of a coherent European culture is actually quite new. Scattered uses of the phrase appeared in the 19th century, but it was only in the 1920s and ’30s that the idea came of age. Those decades saw an unprecedented burst of attention for the idea of Europe, in which the age’s leading liberal intellectuals developed a compelling vision of the continent’s purportedly shared cultural identity. Influentially, Valéry cast Europe as a shared, intangible inheritance, rooted in ‘a desire for understanding and exchange’ among its nations. He thought this shared desire had produced a ‘European spirit’. For the Austrian playwright and librettist Stefan Zweig, non-material values defined Europe. Zweig thought Europe expressed its defining quality through cultural exchanges in the ‘supranational realm of humanism’. In 1932, bourgeois intellectuals across Western Europe celebrated the centenary of the death of the great German poet and polymath Goethe by casting him as the very model of European culture. Goethe was the embodiment of their ideal of Europe: cosmopolitan and sophisticated, curious and creative, committed to the highest humane, Christian and Enlightenment values.

For all of its optimistic rhetoric, it was fear that birthed this vision of European culture. The First World War, and the economic and political chaos that followed, led to a new call for European unity. By coming together politically and economically, supporters insisted, Europeans could avoid another catastrophic war and defend their primacy in the world. For Europe’s bourgeois intelligentsia, European unity presented an essentially moral or spiritual problem. The Great War had included a searing propaganda battle, in which French and British intellectuals cast out a ‘barbarian’ Germany from the community of civilised nations. Germany’s cultural elite responded by embracing the specificity of Germany’s virtuous Kultur against a supposedly decadent and vacuous West. As the German sociologist Georg Simmel declared in 1917: ‘The spiritual entity that we called Europe has been destroyed and it is unlikely to be rebuilt.’

On a global level, the rise of non-European powers also undermined the European identity of the continent’s elites. This identity had included a deep yet relaxed confidence in Europe’s global superiority. After the First World War, that confidence was harder to feel. The decisive role of the United States in ending the war – and the growing power of Hollywood movies and jazz music since then – had brought a new cultural juggernaut onto the world stage. To the east, the Russian revolution had installed a mighty ideological challenge to bourgeois European culture, one with threatening appeal among Europe’s masses. Perhaps, it seemed, Europe’s fractured elites no longer controlled the continent’s destiny nor its people’s tastes.

Feeling pinched between the US and Hollywood to the west, and Soviet communism to the east, some intellectuals set out to define and distinguish Europe, revising that old idea for a new and threatening age. Continental intellectuals had defined Europe by contrasting it to various ‘others’ for a long time. But by seeking to identify a distinctive European character against the US and the USSR, the continent’s newly ascendant geopolitical rivals, that process of defining Europe underwent an important transformation. Earlier generations had found Europe’s distinguishing feature in its Christianity. For centuries, what we call Europe (the word was rarely used) was more often called ‘Christendom’. Christendom referred to a physical and spiritual space contrasted to that of the Muslim Turk.

In the 18th-century Enlightenment, European elites began to highlight Europe’s distinction through the concept of civilisation. Based on pride in western science, reason and technology, this vision of Europe as the seat of civilisation, the epitome of human progress, flourished in the 19th century. ‘Europe’ grew into a shorthand for the continent’s claims to be the birthplace of universal values, expressed in science and technology, law and administration. The evident superiority of these values seemed to find confirmation in the ascendancy of Europe on the world political stage and in the European powers’ vast colonial empires.

By the 1920s and ’30s, however, even those who were still openly racist about non-Europeans could no longer claim that civilisation was unique to Europe. The war proved that although modern civilisation, in the sense of technological progress, might have been born in Europe, the US and the USSR had advanced in these fields at least as far as the old world. European intellectuals’ optimism about technology was in any case shaken by the war. Clearly this frightening shift of power meant that civilisation as scientific and technological superiority alone could no longer vouchsafe Europe’s special place in the world.

However, the continent’s intellectuals were not ready to give up their European exceptionalism. Their attachment to European distinctiveness led to an embrace and celebration of something else, something almost ineffable, that neither the US nor the USSR could ever claim: that was ‘European culture’. European culture, in contrast to crass American and Soviet materialism, was idealist and anti-materialist, defined especially by literature and the arts. Among Europe’s 19th-century bourgeoisie, the fine arts had enjoyed a semi-religious status, and were a logical place for intellectuals to seek refuge for their exceptionalism. Marking itself off from the ‘new’ societies of the US and the USSR, this European high culture traced its beginnings to ancient Greece and Rome. In doing so, it projected ‘Europe’ back to ages when the word was rarely used and meant little. ‘Europe’ in this way came to signify especially refined aestheticism and high culture.

It’s always been somewhat confusing. If Europe has a culture, is there a European nation? Are the cultures of Finland or Poland as European as the cultures of, say, France or Germany? Who gets to decide which works of art are representative of European culture? Must the continent be homogenised to foster a unified European culture? Wasn’t this fine arts and high culture vision of Europe socially elitist and politically conservative?

Some of these questions are again relevant today, amid the newly intense conflict between Europeanist and nationalist visions of what Europe and its culture (or cultures) really are. To answer them, it helps to remember that ancient verities are few. The old world is defined by relatively new ideas.

Benjamin G Martin is director of the Euroculture MA programme at Uppsala University in Sweden, and the author of The Nazi-Fascist New Order for European Culture (2016).  Image creidt: Public Domain.

This article was originally published at Aeon and has been republished under Creative Commons, it gives the views of the author, and not the position of LSE Brexit, nor of the London School of Economics. 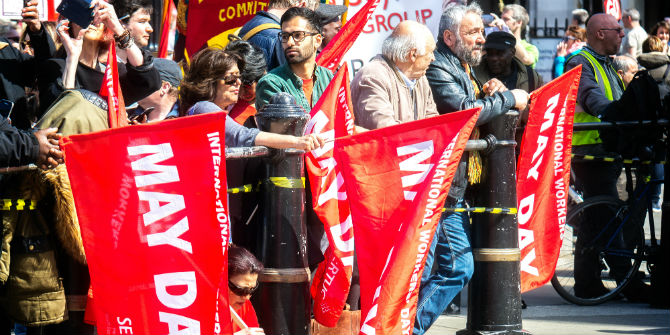 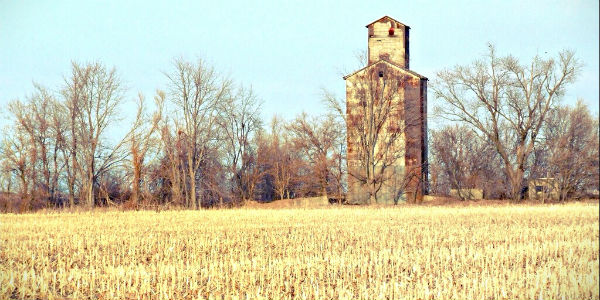 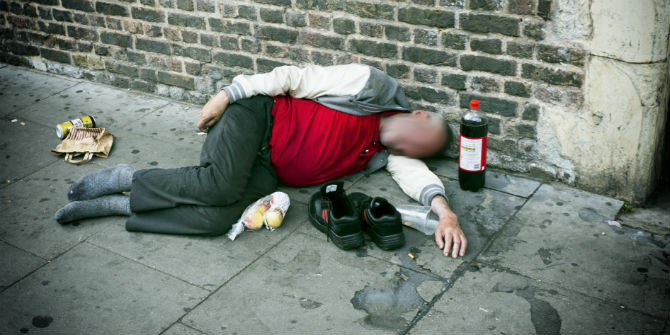