With Article 50 triggered, Kate Alexander Shaw analyses the Labour Party’s ‘six tests for Brexit’, arguing that they may let the government off the hook rather than holding them to account over the UK’s final EU deal.

So the Brexit negotiation begins, and battle lines are being drawn for the coming two years. To that end, the Labour Party has announced this week a series of six tests for a good Brexit deal, and vowed to oppose the outcome if it fails to live up to them. This push for greater accountability is very welcome; the government has so far been allowed to get away with soundbites in place of a Brexit strategy, giving few clues about their negotiating plans or where Britain’s red lines might be. Unfortunately for Labour, the six tests exercise is both tactically weak and substantively flawed, managing to be simultaneously too detailed to lead the public debate, and too vague to exert meaningful pressure on the government’s negotiating stance.

First, the tactical problems: if the aim is to hold the government to account, the tests must provide a framework for organising Labour’s Brexit message. That being the case, six is simply too many bullet points to be useful to the media or memorable to the public. Identifying six areas for scrutiny is how you organise an internal process, not how you communicate it to mass audiences. This failure of presentation speaks to a larger problem with the six tests exercise: it seeks to bureaucratise a process that is, and should be, political and emotional. It applies a slide rule where it should be wielding a loud-hailer. This is emphatically not to say that the details don’t matter – they do, very much – but those details must be linked back to an overarching message for them to resonate. “I think you’ll find that is covered by test five” isn’t a strong message.

The underlying tone of the six tests is also problematic, since it implies that accountability means challenging the government to extract the best possible deal from a recalcitrant Brussels. That is, it plays into a tabloid narrative of beating concessions out of the nasty Europeans – Thatcher’s handbag all over again. The Eurosceptic members of the cabinet are perfectly comfortable with such a framing. Labour should reject it, and argue instead for clever diplomacy (not Theresa May’s strongest suit to date) as the best means to deliver a fair deal for Britain and Europe. If they really want to oppose a Brexiteer’s Brexit, they must attack both the conduct and the content of the negotiations, insisting on skilled tradecraft that builds alliances, looks for points of mutual advantage, and makes careful trade-offs between different negotiating points. 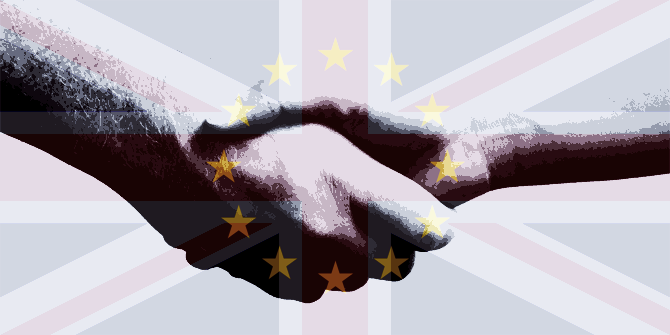 Have Labour set themselves an unreachable bar?

The problem is that the six tests do not allow Labour to entertain such trade-offs, instead presenting their six goals as separate and irreducible. The question of how these different priorities should be balanced is once again fudged. For example, we already know that it will be impossible to retain full access to the single market while ending the free movement of people. Yet the six tests insist on the best of both worlds, calling for “fair management of migration” (fair to whom?) and, on single market access, “the exact same benefits” as now. The latter phrase borrows Brexit Secretary David Davis’ own words and purports to hold him to them, but Labour must already know it is undeliverable bombast.

Instead of holding Davis to account for unrealism, Labour have adopted his language and set themselves an unreachable bar for supporting the Brexit deal, whatever it is and however it compares with the WTO-rules fallback position. Pinning your entire Brexit strategy to one very silly sentence by a government minister is a Westminster bubble manoeuvre that will mean little to the general public, and effectively turns Davis’ rhetorical overreach into Labour’s problem.

Meanwhile, the government is already pivoting towards a tone of pragmatic realism. Chancellor Philip Hammond’s interview on the Today programme this morning was designed to kick off the Article 50 process with a moderate voice, emphasising the likelihood of compromised outcomes and sounding phlegmatic about the fact that Britain won’t get everything it wants. The more the government adopt this tone, the shriller and more unrealistic Labour’s insistence on its six tests will look.

Presenting a wish-list that insists on optimal outcomes on six fronts, while ignoring the connections between them, is undeliverable and therefore a poor basis for scrutiny of the ongoing negotiations. The question is not whether compromises will be made, but whether they are the right ones. Positioning the government to say “your six tests are fantasy politics, while we’re operating in the real world” does not hold them to account; it plays them back onside.

Of course it is possible Labour do not expect or intend that the six tests will be met. Rather like Gordon Brown’s five tests for Euro membership, the process may be designed to lead to a ‘no’, ensuring that Labour will oppose the eventual Brexit deal and count on the public blaming the Conservatives for its consequences. If that is the position, perhaps the shadow cabinet should come clean about it, position Labour as the representative of the 48% who voted Remain, and push the government for domestic policies to mitigate the economic and social damage of a hard Brexit. But if a ‘no’ verdict is not their intention, Labour have saddled themselves with six tests that pose more questions about their own view of the details than the government’s. In that case, they will spend the next two years trying to escape a trap of their own making.

This article first appeared on the LSE Department of Government blog and it gives the views of the authors, and not the position of LSE Brexit, nor of the London School of Economics.

Kate Alexander Shaw is a PhD candidate at the LSE Department of Government (@KAlexanderShaw).