After the initial shock and disappointment of the Brexit Referendum result in June 2016, EU citizens in the UK faced a difficult dilemma. Louise Ryan writes that quite early on many began to devise strategies to secure their status in a post-Brexit Britain, including acquiring Permanent Residency and even British Citizenship.

After the Brexit vote, many EU citizens felt rejected and unwanted and were tempted to pack up and leave, but they also began to realise just how much they had been embedding in British society. Their initial plans for short term and temporary stays had been slowly transforming over time. Gradually, many had become far more settled here than they ever expected or even realised. As Sonia, a Polish laboratory technician, told me: ‘Whaaat, how did that happen?’ The unexpected Brexit Referendum result suddenly forced these migrants to address their future plans and to make some unanticipated decisions.

Looking back now to the heady days of optimism in 2004, when 8 new member countries joined the European Union, it is hard to believe how much has changed. Following EU enlargement and the flows of new migrants to this country, many academics, politicians and media commentators predicted that this would be a new form of transient, short term and temporary mobility. Apparently, workers would use their mobility rights to go back and forth across borders. They would work for short periods, save their money and go back home to be reunited with family and friends. However, those of us with longer memories or who had researched earlier waves of migrants were sceptical.

Previous generations of migrants to Britain had often expected to stay only for short periods. The mantra of ‘I only came for a year’ is common among Irish migrants who eventually ended up living most of their lives in Britain. Earlier waves of migrants, especially those with citizenship status or mobility rights, including Commonwealth citizens, may have been expected to be temporary but there is evidence from history to show that they tend to settle in and stay for many years, if not permanently. Similarly, many new European citizens expected to only stay in Britain for a year. As Patryk, an IT specialist, told me: ‘Everybody I know from Poland, every time they come over here, they’re like “just go there for a year, two years”. But it soon became apparent to some researchers that families were arriving, children were starting to attend local schools and gradually migrant households were embedding in local neighbourhoods. 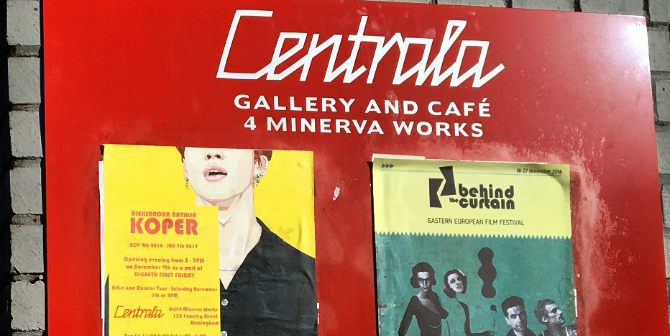 Moving in and moving up

There is abundant evidence that many East and Central European migrants experienced initial de-skilling in the UK labour market. New arrivals, often with limited English language proficiency, took any job they could find. However, while some were stuck in those positions, others slowly began to improve their economic status. Those with particular skills, qualifications and linguistic ability got better jobs and eventually found more skilled and professional employment.

However, most European citizens continued to keep their plans ‘open’. The idea of returning home at some point in the future remained on the horizon. Few regarded themselves as permanent residents in the UK. Even fewer had thought about getting British citizen. Research with French migrants, just a few years ago, showed that they considered the need for British citizen utterly unnecessary and were even surprised that we would ask them such a question. They felt secure in with their status and the mobility rights as European citizens. But, of course, Brexit has changed all that.

I have been researching different groups of European migrants in the UK for almost 20 years. Until 2016, most of my participants had never thought about applying for British citizenship. The Referendum, literally overnight, turned EU citizens into migrants with uncertain and potentially insecure status. When I re-interviewed some of my participants after the referendum it was quickly apparent that their plans had changed. Many felt a profound sense of sadness about the Referendum debates and the open hostility towards migrants. Karina who works in the NHS said: ‘I was devastated when the results were announced. It was very difficult not to see it as an expression of xenophobia and anti-migrant feelings’. Several even felt fearful as hate crimes increased. However, they also began to realise that returning home was not possible. Returning to rural Poland, for example, in twenty years to retire sounded attractive but to go back now as a 30-year-old nurse or teacher was simply not financially viable. Despite the vitriol of the Referendum, most of the people I spoke to said their family’s future was here in Britain. Mateusz who is a mental health nurse stated: ‘my home, family, work are all here’.

Several participants had children in local schools and although they spoke the home language fluently, parents were worried that moving back to a completely different educational system would be very disruptive and challenging. Some people had partners from other nationalities, including British, and thus language was a barrier to moving to other countries. Although a few mentioned Canada or Australia as places they would consider moving to in the future, visa restrictions were an obstacle to relocating.

For most of the migrants I spoke to, the only viable option was to secure their status in the UK and continue to live and work in this country. Most either had or were about to apply for residency and eventually for citizenship. They still hoped to return back home at some point in the future, when they retired or when their children had completed education. But for now, the key priority was to secure their right to remain in Britain.

What can we learn from all this?

These observations challenge many of the initial assumptions about temporariness, transience and mobility. Migrants can’t stay in a state of mobility and uncertainty forever. Over time people begin embedding slowly and almost without realising it. But this should not surprise us. Any understanding of earlier waves of migrants from the 19th and through the 20th century shows that people almost always stay for longer than intended. Germany learned that ‘guest’ workers tend to settle. Politicians in this country also need to learn that you cannot turn migration on and off like a tap. As the old adage states: we asked for workers and people came.

Professor Louise Ryan is a Professorial Research Fellow in the Dept of Sociological Studies at the University of Sheffield and is also co-director (with Dr Majella Kilkey) of the Migration Research Group.