The EU prizes the freedom of movement its citizens enjoy. Yet this depends on securing ‘Fortress Europe’ against non-Europeans – including the thousands who drown trying to cross the Mediterranean. Claire Sutherland asks how the Union can tolerate squalid migrant camps that are, in the words of its own migration commissioner, ‘an insult to our values and civilisation’.

At the end of the Cold War, and on the breakup of Yugoslavia, the EU offered Ukraine the tantalising prospect of membership – or at least partnership – and thus a share in what Ukrainians apparently wanted. As José Manuel Barroso, then President of the European Commission, made clear: ‘They want freedom, they want prosperity, they want stability’. European flags waved in the streets of Kiev were greeted as ‘stars of hope’ and signs of Ukrainians being ‘part of the European family’, a sentiment even echoed by then UK Prime Minister David Cameron.

Spool forward to 2016 and it could be argued that migrants at the gates of Europe want nothing different, regardless (for once) of whether they are classed as economic migrants or asylum seekers. Nor do those European citizens travelling freely to teach English in Bulgaria, service boilers in the UK or retire to Spain.

What makes the EU’s interpretation and facilitation of these pretty universal human desires so different from place to place? What is the moral justification for the further securitisation of ‘Fortress Europe’ in order to save the Schengen agreement? Why is Schengen worth saving more than the souls reaching the shores of Spain, Greece and Italy and the many thousands more who have drowned, predictably and avoidably, since and despite the short-lived moral outrage caused by Alan Kurdi’s death? Why is this so-called ‘crisis’ repeatedly presented as a zero-sum game of either stability or humanity, suggesting that ‘having it all’ is impossible?

The discourse about the security of the EU’s borders certainly has a nationalist ring. The sole basis of EU solidarity on this issue is to keep the ‘Other’ out and erect a solid barrier between ‘us’ and ‘them’, while the infighting continues unabated. Continentalism is being played out judicially and politically across the EU. The freedom of movement accorded citizens of the Schengen zone is dependent on the securitisation of its common external border against the unwanted ‘Other’.

Migration and asylum only became part of EU affairs as a result of the Tampere European Summit in 1999. The summit signalled a diplomatic move from low to high politics that – as the EU’s ongoing difficulties in agreeing and enforcing a common response to unabated migrant arrivals show – is not reflected in the reality of current immigration policy or crisis management. The EU’s inability to overcome its member states’ aversion to ‘burden-sharing’ and redistributing asylum seekers across its territory has been taken to indicate the exhaustion of the European integration project itself.

In the wake of the Eurozone crisis, the so-called migrant ‘crisis’ and Britain’s vote to leave the EU, member states’ reassertion of principles of national homogeneity and sovereignty has been seen to trump intra-European solidarity, leading to its paralysis and the rise of populist, right-wing parties offering clear, simplistic and divisive answers to the uncertainties of our age. At the end of August 2015, as Chancellor Angela Merkel temporarily opened Germany’s borders to those fleeing Syria’s civil war, her statements suggested that ‘the Europe we want’ is one that upholds human rights and noble values. At the same time, the use of the first-person plural ‘we’ denotes an imagined community at the EU level, which necessarily excludes its constitutive ‘Other’. Confronted with that ‘Other’, variously imagined as the poor, the persecuted or the supposedly culturally alien, EU countries have proved either openly xenophobic or singularly unwilling to articulate the ethical and economic imperatives of accepting migrants into Europe.

Although clearly not a nation-state, the EU is nonetheless a ‘geo-body’ (Thongchai, 1994; Shore, 2000), which defines and polices ‘irregular’ migrant flows. Its strictures deem who is ‘irregular’ and its agency, Frontex, enforces the EU border on land and on sea, sometimes far from the EU’s own territory and territorial waters.

It is useful to consider the EU using Bridget Anderson’s concept of a ‘community of value’. She defines this as

‘composed of people who share common ideals and (exemplary) patterns of behaviour expressed through ethnicity, religion, culture, or language – that is, its members have shared values’.

To scholars of nationalism, this definition clearly overlaps with some common attributes of nations, and Anderson acknowledges this.

However, the EU itself also claims to be a community of shared values, as expressed in the 2001 Laeken Declaration, the 2007 Berlin Declaration, the 2011 GAMM framework, the Copenhagen criteria for accession and the conditionality it imposes on trade agreements with third countries. It is this community of value on whose behalf then EU Commission President José Manuel Barroso accepted the Nobel peace prize in 2012 and to which Angela Merkel doggedly refers. Phrases like ‘Europe’s disgrace’ and ‘shame’ to describe the terrible humanitarian situation in Idomeni, Lesvos, Chios and elsewhere along the EU’s borders explicitly refer to these putative shared values. These are values that member states now only honour in the breach of previous resettlement agreements or by recognising – in the case of Lithuania’s President Dalia Grybauskaitė – that a deal to swap migrants with Turkey is ‘very difficult to implement and is on the edge of international law’.

Europe’s refugee crisis goes hand in hand with a crisis of European values, and therefore a crisis of the European community of value itself. In the words of EU migration commissioner Dimitris Avramopoulos on visiting the makeshift camp in Idomeni on the Greek border with Macedonia: ‘The situation is tragic, an insult to our values and civilisation’. The EU’s current rhetoric surrounding its management of migrants clearly pits everything the EU stands for against the migrant ‘Other’ as a potential threat to its achievements. In other words, the EU draws a line between ‘them’ and ‘us’ in the starkest terms. Avramopoulos has also stated:

All that we have achieved in the last 60 years is at stake and we have to do what we can to uphold and safeguard these achievements.… We cannot have free movement if we cannot manage our external border effectively.

At the same time, the EU has been gripped by a prolonged series of so-called ‘crises’, such as the euro crisis. This is a widespread but risky nomenclature that, in turn, authorises ‘emergency’ measures. The migration ‘crisis’ that led to a ‘one in, one out’ bargain with Turkey was presented as a way of undermining smugglers’ business model, when surely a more effective way of doing so would have been to ensure migrants’ safe passage to European shores and processing them there. A simple ferry ticket is the failsafe way to disrupt the market in ropey dinghies and useless lifejackets, and to save lives at sea. Instead, the EU and member-state leaders continue to stand by in the full knowledge that men, women and children are dying unnecessarily, while heaping moral opprobrium on smugglers.

The hypocrisy here is quite breathtaking. The European ideal has sunk to the bottom of the Mediterranean with those lives lost. An organisation much maligned for its bureaucracy has failed to organise, failed to cooperate and failed to save lives, while migrants continue to perish at sea. The decision to repurpose humanitarian aid that was originally ring-fenced for third countries to within its own borders is a not inconsiderable acknowledgement of the EU’s failure to act, but even this has not effectively addressed the shocking conditions in Idomeni and elsewhere.

The grim determination of migrants who continue to die in or around the Channel Tunnel, who doughtily march around the fences erected before them, or who cross freezing waters with babes in arms to continue their journey north testifies to their resilience in the face of periodically opening and closing borders and crude categorisations in terms of nationality, not need. The violence inherent in border securitisation and enforcement has become more visible, and is no longer confined to the Mediterranean. Member states like Hungary have begun to defend ‘Fortress Europe’ with tear gas, riot police and automatic detention. In the EU’s case, internal harmony is clearly dependent on keeping foreigners at bay, and the two are explicitly linked in its rhetoric.

Anderson, B. (2013) Us and them? The dangerous politics of immigration control, Oxford: Oxford University Press

Thongchai, W. (1994) Siam mapped: A history of the geo-body of a nation, Chiang Mai: Silkworm.

This post represents the views of the author and not those of the Brexit blog, nor the LSE. It is an edited extract from Claire Sutherland’s Reimagining the Nation: Togetherness, Belonging and Mobility (Policy Press, 2017), to be published on 1 June.

Claire Sutherland is a senior lecturer in politics at Durham University. Her main research interests are nationalism and nation-building, particularly in Southeast Asia and Western Europe. 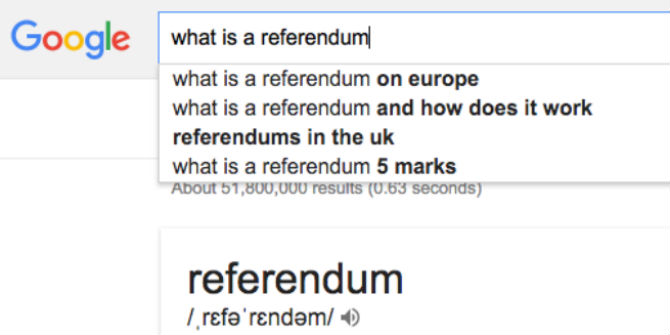