Britain’s current negotiating position with the EU is contradictory and unrealistic. It must set out a feasible plan in the early weeks of 2018 if it wants to avoid inflicting further economic damage on itself, writes Joaquín Almunia (LSE European Institute). There is no more time to waste.

Now the European Council has given permission for the second phase of Brexit negotiations to proceed, the moment of truth has arrived. The British position on the final status of its future relationship with the European Union must be clarified in the coming weeks. If possible, this should be before the end of January, when the EU-27 will give Michel Barnier his new mandate. Too many months have been spent on the first chapter of the negotiations, and this is why the UK side is now under pressure to reach an agreement in time to allow ratification proceedings to be completed before the final deadline of March 2019.

According to Brussels, the red lines defined by Theresa May are only consistent with a trade agreement that follows the pattern of the Free Trade Agreement between the EU and Canada. This means that the UK should accept that it will no longer be part of the Single Market or the customs union – just as the Brexiteers want. But Barnier has just announced that it will not be possible to include provision for financial services within the Canadian model. Therefore, the City will be obliged to maintain a significant degree of regulatory equivalence with the European rules in order to operate in EU territory without losing the level playing field. Otherwise, the loss of access to EU markets could seriously harm the most dynamic sector of the British economy.

There are many reasons to foresee resistance to May’s red lines as the negotiations progress. Opposition will not come only from the City. Indeed, some of the lines have already been blurred to get the green light from the European Council to declare that “sufficient progress” has been made on the Irish question, the situation of British and EU citizens living abroad, and the final divorce bill. The question now is to what extent the government still has leeway to adjust its previous demands, given May’s political weakness and the internal tensions in the cabinet. Can we really imagine that the UK will stay in the Single Market once it becomes clear that its “four freedoms”, including the free movement of people, cannot be split? At this juncture, everybody knows that it’s not possible to eat the cake and keep it on the table at the same time. And the chances of getting a bespoke trade agreement are very slim.

The fact that the House of Commons will vote at the end of the negotiations on whether to accept or reject the deal adds new difficulties for Theresa May. On the one hand, from a democratic point of view is quite obvious that Parliament should have the final say. “Taking back control” also applies to Westminster. But on the other hand, as MPs will not be able to amend the agreement reached by the negotiators, a No vote when the two-year deadline established by Article 50 comes to an end will mean that the UK will be obliged to leave the Union in the worst way possible. This means that pro-European MPs, even if they are unlikely to reverse the referendum result, can exert strong pressure in favour of a deal close to their demands.

How all these contradictory demands can be reconciled without leading to a political crisis, a change in the Conservative leadership or a snap election is not an easy question. The risks are high. From now on, negotiators cannot waste another minute on utopian scenarios. The FT has estimated that the British economy has already lost, in terms of lower GDP growth, the £350m a week that the Brexiteers promised to the NHS during the referendum campaign. If the UK is unable to reach a good agreement with the EU, the negative economic consequences will dramatically increase.

Some optimistic Remainers think that pressure from the economic sector and politicians trying to avoid this scenario can help supporters of a “soft Brexit” within May’s cabinet. This outcome would see Britain negotiate a relationship with the EU that would be close as possible to the so-called “Norwegian model”, including Single Market rules. Or, at least, a long transitional period followed by commitment to limited regulatory divergence from the EU regulations. If Brexit were ever to be reversed, this arrangement would facilitate it.

The ball is in the Britain’s court. Unless it clarifies its position, negotiations cannot advance, and the time pressures will increase every day. Businesses will start implementing their contingency plans, investments will be postponed, and people will feel more of the economic consequences. Politically, the internal tensions within the government and the Tory party will lead to a crisis. EU countries have managed to unite behind Barnier. Britain’s interests will suffer unless it can set out a clear vision for its future relationship with the EU.

Joaquín Almunia is Visiting Professor in Practice at the European Institute, LSE and a former Vice-President of the European Commission. 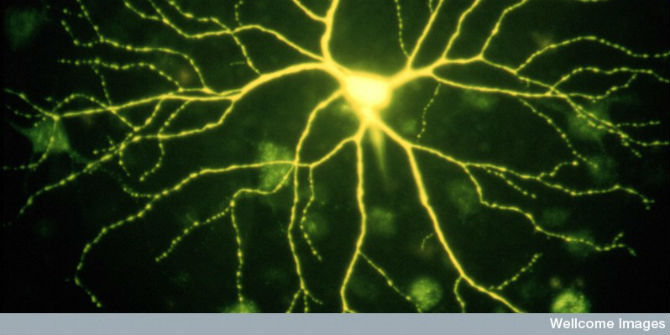