When Scotland has a Parliament – and Wales and Northern Ireland their own assemblies – the lack of an English Parliament represents a serious democratic deficit, writes Colin Copus (De Montfort University). Instead, regionalists have preferred to divide England into EU-delineated regions. The absence of a forum for specifically English concerns and national identity, together with the rejection of the supranational EU, arguably helped to bring about the Leave vote. As Brexit takes shape, the weakness of the arguments against an English Parliament are exposed.

One of the glaring features of the post-EU period has been the images of the First Ministers of Scotland, Wales and Northern Ireland meeting with the British Prime Minister to discuss how Brexit will affect their parts of the UK. But who spoke for England? The answer is no-one – and no-one has, or will, speak for England in the Brexit debate or in any other national policy debate – other than the voters. When the Labour government of the late 1990s gave a national parliament and national recognition to Scotland and Wales, it left a gaping hole. England, in a spiteful act of ignoring its nationhood, was neither given a parliament nor a government of its own, but remains governed by the British state.  The only real alternative offered to England is to be broken up into nine EU-defined artificial regional bits, and therefore effectively binned as a nation. The opportunity Brexit provides for the governance of England is to rethink the regional agenda, forget any artificial constructs – and instead to ask searching questions about whether England needs regional tiers at all, and to acknowledge that in the post-Brexit world, England deserves a governing institution that represents it as nation.

A number of myths – for they are myths – need to be dispelled about why England should not have its own parliament, government and first minister. The first is the ‘nation of regions’ myth; the second, the size myth; and the third, the myth that it would damage the Union. Once these are dispelled come the bewildering options which fall short of a directly-elected English Parliament – and the strange irony that most of those who happily supported and continue to support the existence of the Scottish Parliament and Welsh Assembly remain vehemently opposed to an English Parliament.

First, let us tackle the siren voices demanding the balkanisation of England. While some call it regionalisation, balkanisation is more accurate: the outcome, or even the intention, is to see England broken into warring artificial pieces – North East this, South West that, thus avoiding a collective all-England voice. Strange how these apparently vibrant regions with their distinctive cultures and identities just so happen to reflect NUTS 1 regions within the EU. Regionalists need to destroy any concept of England and indeed Englishness for their agenda to be successful, and one can’t help thinking that a thinly disguised – and sometimes not disguised – Anglophobia and ingrained anti-Englishness emanates from the largely British middle-class regionalists who propose balkanising England. There is no English Catalonia, and the so-called English regions are not regions in the way that Spanish or Italian ones are. Moreover, all countries – including Scotland and Wales – have wealthier and less wealthy parts and regions, but they also have their own parliaments, too. A Europe of the regions means nations must be undermined and England, without its own Parliament, is easy-pickings. Brexit hopefully will put a stop to that agenda.

Much of the opposition to an English Parliament stems from the notion that it would somehow damage the Union – an argument that when raised during the referendum campaigns for the Scottish and Welsh devolved bodies was dismissed by the government of the day. Indeed, it was only the election of an SNP government in Scotland that saw a referendum on separation – not the simple existence of the Scottish Parliament. That referendum was defeated, and while the losers are calling for a second go – much like Remainers after the EU result – a recent YouGov poll shows only 37% of Scots want separation. There is no serious demand for a separation referendum in Wales. The Scottish and Welsh political elite are however, revelling in the handicap England experiences in being unable to govern itself. Indeed, it is continuing to deny 83 % of the population the right to govern itself while a minority across the UK are allowed that privilege that will ultimately place a strain on the Union. Of course the best way of dispelling this myth is to ignore it, and if an English Parliament leads to a breakup of the Union so much the better for England – only the Brits will mourn.

The desperation among opponents of an English Parliament is seen as they offer governing alternatives which were not considered necessary for Scotland and Wales. So we have the much-feared but now almost forgotten Parliamentary tinkering of EVEL (English Votes on English Laws). EVEL is a flawed alternative because there is still no all-England voice or government. Next, the idea that members of the British Parliament could hold a dual mandate and sit separately as an English Parliament. Again, not an option offered to Scotland and Wales, so why should or would it satisfy the English? A flaw in the dual mandate idea is the obvious lack of a separate, distinct mandate to govern English affairs. It also expects the English voter in a General Election to be thinking of two mandates held by the same MP but granted for separate purposes – a recipe for confusion and disaffection. The major flaw however, is that there would not be an English First Minister and an English government with the same powers as in Scotland. When it comes to a directly-elected English parliament, with a government and first minister – there is no alternative.

So the only solution to the English question is to give the 53 million people of England what the five million in Scotland, the three million in Wales and the almost two million people in Northern Ireland have – a Parliament, First Minister and government of their own to promote, pursue and protect their interests. Indeed, if such a situation as the current asymmetric national based devolution were to occur in any other country the UN would be passing emergency motions to find out why such a blatantly undemocratic system were allowed to stand.

It is common for Remainers to argue that the Brexit referendum result was a reflection of English opinion, and to conveniently forget that the Welsh also delivered a Leave vote. But, the English vote certainly rejected governance by a supranational undemocratic organisation (considering that the real power does not rest with the EU parliament). Indeed, the absence of an English Parliament and the presence of the Scottish and Welsh bodies has added to feelings of a loss of English national identity, which were exacerbated by the power of a remote and unelected supranational body – the EU. So instead of Remainers accusing the English of being racist, xenophobic bigots, they could look seriously at the causes of English disaffection and back an English Parliament. Strangely, Remainers are often the same people who want England to stay part of a large, anonymous, undemocratic body, but oppose an English Parliament because it would involve too much government.

The great English Quaker radical John Bright in a speech in Birmingham in 1865 described England (yes, he said England, not Britain) as the mother of parliaments; it is long overdue that England was once again allowed that Parliament. 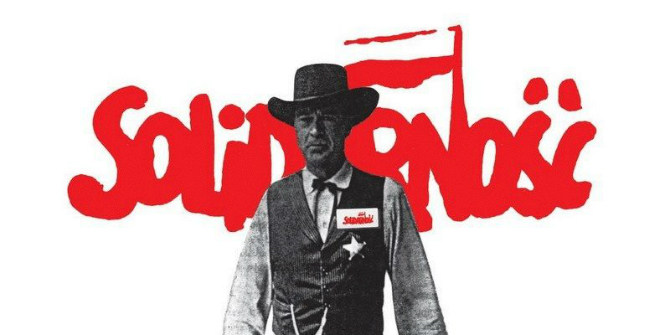