Brexit will significantly impact both the EU’s and the UK’s foreign, security, and defence policy.  With the UK´s withdrawal from the Union, Britain’s capabilities will formally cease to be part of the EU. Meanwhile, the UK will no longer have access to EU agencies, structures, and decision-making forums. How the EU deals with these changes and how they affect new initiatives in security and defence policy will go a long way to determining its ability to deal with present and future threats to its security. Benjamin Martill (LSE) and Monika Sus (Hertie) argue that as of yet the precise consequences of these changes are not yet clear.

A full understanding of the future of the EU’s security and defence policy requires an assessment of what Brexit means for both the EU and the UK, and how each will seek to pursue these policies in relation to the other. Given the extent to which the UK has come to rely over the years on core elements of the EU’s external action to bolster its position in the world and the importance of the UK as a defence and security actor within Europe, neither side can afford to ignore the motivations and actions of the other. In our working paper, we shed light on the motivations and the actions of London and Brussels and consider some of the likely the consequences of the divorce for European security.

In a comprehensive analysis of forces that are most likely to impact post-Brexit EU security and defence policy, we identify four crucial issues that will constitute a background for future relationship between London and Brussels in this field.

First, Brexit will not diminish the UK’s commitment to European defence and security. The ideal of a ‘global Britain’ does not have the potential to move beyond comforting rhetoric, since it is incompatible with the realities of the UK’s capabilities and the interests of other major powers. The UK, moreover, has a greater incentive to collaborate with other European countries after Brexit since this represents the only way to overcome its damaged credibility, make up for lost institutional ties, and make efficiencies in this area in response to straitened fiscal circumstances. Whether collaboration with the EU in this regard is politically feasible, however, will depend on how the domestic discourse evolves over the coming months.

Second, Brexit will result in further integration in EU foreign, security, and defence policy. Despite early concerns that Brexit would result in greater fragmentation, it is clear that the member states are instead moving towards greater centralisation and coordination in this respect. The Brexit vote led to a rare and efficacious sense of solidarity among the member states, one consequence of which was unprecedented advances in security and defence. Developments such as Permanent Structured Cooperation (PESCO), the Coordinated Annual Review on Defence (CARD), the European Defence Fund (EFD) and an EU military headquarters are potentially revolutionary, though they must be furnished with the necessary resources by the member states. Perhaps most importantly, the renewed Franco-German relationship spurred by the election of Emmanuel Macron in 2017 offers an unprecedented opportunity to push these initiatives forward, which, despite some divergence on key issues, must be seized if the EU is to make necessary reforms over the coming years.

Third, the EU is unlikely to afford the UK a strong role in the formulation of its foreign policy, despite an interest in harnessing British capabilities for its own ends. Regardless of shared security interests and geographic proximity, there are two main obstacles for the EU which will likely prevent it from granting London any special status. The first is the moral hazard inherent in the EU offering London a deal that is as good as it would have received as a member of the Union, and the corresponding political risk of further fragmentation as a result. The second is the recently established instruments in EU security and defence aiming to deepen the cooperation in this policy area.

Where does this leave us, then, in terms of likely options for the future of European security after Brexit? We suggest it is most likely that the EU and UK will work almost exclusively through NATO and bilateral relationships (or smaller multilateral formats) in the future. The UK’s hope of obtaining a significant role in foreign policy decision-making runs counter to the EU’s strong incentive not to offer London the benefits of membership from without, and there is a gulf between the two sides on this issue. NATO provides one option for continuing EU–UK security and defence collaboration, although the gaps in operations and memberships (not to mention concern about the credibility of the American security guarantee) mean this option can never be a substitute for UK involvement in the Common Foreign and Security Policy (CFSP) or the Common Security and Defence Policy (CSDP). A bilateral approach, especially one aimed at further strengthening Anglo-French security cooperation, offers another avenue for coordination going forward, but will require Paris and London to manage their competitive instincts carefully, and will oblige Paris to take measures to ensure its bilateral activities do not undermine its parallel interest in supporting renewed EU initiatives.

We recommend two avenues for future EU–UK security and defence cooperation. First, the Union should go some way to recognize British calls for at least some influence when it comes to its involvement in CSFP and CSDP decisions and missions. Even though full access to decision-making procedures is ruled out, there are various other models conceivable, such as providing London with the possibility to be consulted and to contribute to the decision-making process before meetings of the Foreign Affairs Council (FAC) or the Political and Security Committee (PSC), granting the UK observer status during FAC sessions, or developing bespoke platforms for consultation with London (PSC+ or FAC+). Considering the uniqueness of British military capabilities, the decision not to offer such options to other third countries would be defensible. Having access to the British capabilities would be beneficial for the credibility of CSDP decisions and statements as well as for its effectives. Additionally, such a special form of cooperation with the UK would strengthen the significance of the EU as a security hub and bolster the European position in the world.

Second, future cooperation between Brussels and London could also take the form of a security partnership between the EU and the UK based on an exclusively bilateral arrangement between the two actors. The purpose of any such arrangement would be to address the shortcomings of an exclusive reliance on NATO, especially regarding the removal of the security guarantee from Britain to non-NATO members by essentially replicating the EU’s collective defence clause through other means. It would also help hedge against the risk of American isolation-cum-rebalancing by contributing to indigenous European security and defence provision. A security partnership would be more politically acceptable for both sides, allowing for joint EU–UK decision-making outside the formal structures of the Union that would neither force the UK into becoming a ‘rule taker’ nor risk damaging the EU’s own initiatives in security and defence.

This post represents the views of the authors and not those of the Brexit blog, nor of the LSE. It first appeared on the Dahrendorf blog.

Benjamin Martill is a Postdoctoral Fellow at the Dahrendorf Forum and co-editor of  Brexit and Beyond: Rethinking the Futures of Europe.

Monika Sus is a Postdoctoral Fellow at the Hertie School of Governance. 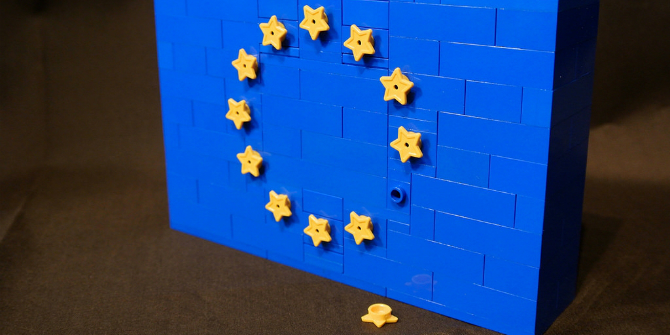