By October ministers hope to have negotiated a withdrawal agreement on the terms of the UK’s departure from the European Union (EU), and a ‘framework for a future relationship’ on the long-term UK–EU relations. To reach an agreement with the EU on these documents in so little time will be a monumental challenge for the Government – but when this challenge is complete, a new one begins. The Government will then have to shepherd these documents through a number of processes in Parliament. Raphael Hogarth and Hannah White (Institute for Government) set out what the government has to do in order to get its deal through Parliament, and give effect to that deal in domestic law. Below are the key messages from that research.

The government has promised to seek Parliament’s approval for both the withdrawal agreement and the future framework in one go. However, there will be very little time in which to do so. The UK is currently set to leave the EU on 29 March 2019. That means that there will be only six months available for scrutiny and approval of the deal.

This will be enough time, providing nothing goes wrong. But if negotiations drag on past October or Parliament raises significant objections to the deal that require a renegotiation or referendum, or if the European Parliament raises its own objections, then the timetable could be unachievable. The government would need to consider seeking an extension of the Article 50 period in order to complete its negotiation and allow time for scrutiny and approval.

Parliament’s first major decision will be on a motion to approve the withdrawal agreement and future framework. Ministers have claimed that, when voting on this motion, MPs and peers will face a choice between approving the withdrawal agreement and future framework together in their entirety, and leaving the EU without any deal. The implication is that MPs will not be able to object to the government’s plans on the UK’s future trading relationship with the EU without wrecking the deal on citizens’ rights and a transition period.

It is in the government’s political interest to talk up the disruption associated with voting down the deal. However, the government’s claim that the vote is a binary choice between ‘deal or no deal’ is wrong. Parliament won’t be able to amend the content of the withdrawal agreement or future framework. But if MPs and peers are unhappy with what the government has negotiated, they will almost certainly be able to amend the motion so as to put conditions on approval. Even if Parliament voted the government’s deal down without amendment, this could lead to a renegotiation if the Government faced insurmountable political pressure to heed Parliament’s concerns, and the 27 member states of the EU (EU27) were willing to discuss the issues raised by parliamentarians.

Subsequent legislation to implement the withdrawal agreement is important, but will not give parliamentarians a chance to scrutinise the deal itself

Parliamentary scrutiny of the detail of Brexit will not end with the motion to approve the withdrawal agreement and future framework. Provided the motion passes, the Government will then bring forward primary legislation, the so-called ‘Withdrawal Agreement and Implementation Bill’ (WAIB), to implement the agreement in domestic law.

This bill will ensure that the UK can live up to its international obligations under the withdrawal agreement – for instance, by providing for the continuing application of EU law in the UK during the transition period, enshrining citizens’ rights in domestic law and giving ministers powers to make payments under the financial settlement. At least temporarily, this legislation will be an important constitutional text in the UK and parliamentarians will need to scrutinise it closely.

But the bill may not include the text of the withdrawal agreement in its entirety, if at all. It is still less likely that it will include, or even refer to, the future framework, which at this stage will probably be a high-level political declaration, rather than a legal text. This means that the WAIB may not provide opportunities for MPs and peers to influence either the content of the withdrawal agreement or the future framework.

Therefore parliamentarians wishing to influence the content of the withdrawal agreement and future framework should concentrate their energies on the initial motion.

Parliament will need time to look at the withdrawal agreement and future framework. The withdrawal agreement will have significant constitutional implications, establishing new relationships between Parliament, the devolved legislatures, the executive and the judiciary. It will also outline a ‘backstop’ on the economic governance of Northern Ireland, to come into force if the future partnership between the UK and EU does not include a way to maintain a soft border between Northern Ireland and the Republic of Ireland. Though negotiators have already reached agreement on some aspects of the withdrawal agreement, allowing parliamentarians to begin the process of scrutiny, these fundamental aspects of the treaty have yet to be agreed.

The future framework will set the direction of travel for the UK’s long-term partnership with the EU, with significant implications for the UK’s economy and security. Though the standstill transition period that negotiators have agreed means the new relationship will not come into force immediately after Brexit in March 2019, the UK will lose much of its negotiating leverage when it signs up to the outline of the future relationship.

Given the significance of the decision, parliamentarians need an opportunity to scrutinise the withdrawal agreement and future framework in detail. Once the government has tabled a motion to approve the deal in Parliament, parliamentarians should be given two weeks at the very least to look at the texts before a debate is held.

The government will then need to allocate time for debate. In the past, the Commons has been given between 12 and 30 sitting parliamentary days to debate major changes in the UK’s obligations under the EU treaties, with more significant treaties such as Rome and Maastricht on the upper end of this scale. However, on these occasions, Parliament has been voting on bills, not motions. This makes it easier to allocate more time, as there are multiple clauses to debate and multiple parliamentary stages built into the scrutiny process. A more pertinent precedent may be the motion approving the government’s decision to join the European Communities in October 1971. Parliament debated this for five days before voting. There was a further day of debate in January 1972 thanks to an opposition motion.

This time, the motion will be the only real opportunity for Parliament to consider the future framework and could be Parliament’s only real opportunity to express a view on the content of the withdrawal agreement. The government should not, therefore, try to rush the deal through. Five days of debate, in line with the 1971 precedent and similar to the time typically allocated for debate on budgets, should be the Government’s starting point.

The Institute for government previously argued that the withdrawal agreement should be implemented through primary legislation, not by statutory instrument as the government formerly planned. It is welcome, therefore, that the Government has promised to bring forward the WAIB.

This bill will raise testing constitutional questions, many of which could generate political opposition in Parliament. The WAIB cannot give legal effect to transition in the UK, for instance, without keeping in force or effectively replicating the European Communities Act 1972 for the duration of that transition. In addition, the government’s promise, in text now agreed as part of the draft withdrawal agreement, to use this legislation to entrench EU citizens’ rights in domestic law, will be complex for parliamentary draftsmen to navigate. Because the UK Parliament is sovereign, entrenchment is difficult – any Parliament can, as a general rule, reverse what any previous Parliament has done.

Even once the negotiation is complete, Brexit is an international process – and the European Parliament has a veto. As time passes, MEPs will be more tempted to use it

While both the European Commission and the European Parliament have been keen throughout negotiations to highlight the role of the Parliament, it is less likely to go against the will of EU27 national governments than the UK Parliament is to go against the will of its own. The Commission has made a concerted effort to consult and include MEPs during negotiations in order to keep them on their side.

That said, the European Parliament has an election coming up in May 2019. The closer to polling day their vote on the withdrawal and future framework takes place, the more political capital MEPs could gain by raising objections.

The Prime Minister could try to make the meaningful vote a matter of confidence, although this would be harder than it used to be

In the past, governments have sometimes tried to win controversial votes by making them ‘matters of confidence’ – that is, promising to resign and call an election if the government loses. Thanks to the Fixed-term Parliaments Act 2011, which transferred the power to call elections from the government to Parliament, this strategy is no longer available.

However, there are ways for the Prime Minister to raise the stakes. She could promise to table a motion for a general election if she loses on the withdrawal agreement and future framework, or to resign as Conservative leader, or to resign on behalf of her government.

This post represents the views of the authors, and not those of the Brexit blog, nor the LSE.  The above draws on the author’s report Voting on Brexit, it concurrently appeared on the UCL Constitution Unit blog.

Raphael Hogarth is a Research Associate at the Institute for Government.

Dr Hannah White is Director of Research at the Institute for Government. 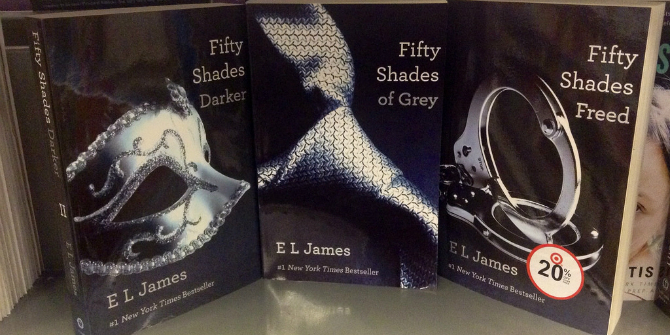 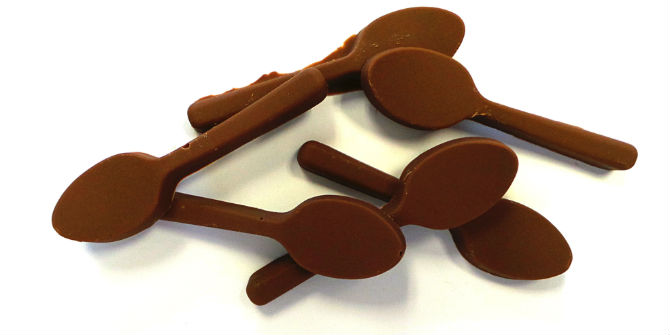