In writing about his recently edited book, Europe’s Brexit: EU Perspectives on Britain’s Vote to Leave, Tim Oliver draws out several key themes about how the other 27 Member States and EU institutions approached and continue to handle Brexit. The book’s major contribution is that it provides evidence about what would be a successful Brexit for all the parties involved.

As should be more than clear to many by now, the story of Brexit cannot be told from a British perspective alone. Nor can it be told from one European perspective or from looking at a select few EU member states such as Germany or Ireland. Each of the other 27 EU member states, along with the EU’s various institutions, have been home to individual debates about Brexit, with each reflecting that country (or institutions) interests, links with the UK, and place in the EU.

Europe’s Brexit looks more closely at these multiple European views of Brexit. As Kevin Featherstone makes clear in his endorsement, taking into account these European views of Brexit is important ‘if you want to understand the negotiations and the possible outcome better. Ignore it if you prefer costly assumptions and think in one-dimensional terms.’ The book, with a foreword from former European Council President Herman Van Rompuy, is the product of a network of researchers in universities and think tanks across Europe dating back to 2013, the year David Cameron gave his Bloomberg Speech to which the origins of the 2016 referendum can most clearly be traced.

From 2013 onwards, the aim of the network was not only to broaden analysis beyond the UK but to ensure that the analysis covered as wide a range of countries as possible. Through publications with the DGAP, the LSE’s EUROPP blog and the LSE’s Brexit blog, the network followed the idea of a referendum become reality, the UK pursue a renegotiation, the shock of a referendum vote for Leave, and the EU’s response as it came to terms with the departure of the UK. The book, reports and blog series leave three sets of conclusions.

Europe’s history of Brexit is a story of 27 different Member State governments and the EU’s institutions attempting to deal with a partner they all wanted to keep inside the EU tent. Britain might have been ‘an awkward partner’ but it was not ‘the awkward partner’, as some misquote the title of Stephen George’s 1990 book. Whether in balancing against French and German domination of the EU or pushing forward with European integration in a number of areas, the rest of the EU often (but not always) found the UK a constructive partner.

However, UK governments, especially since 2010, have increasingly appeared determined to isolate the UK. Why the UK did this is a story of growing British (and especially Conservative Party) political ignorance and disdain for the EU, growing UK isolation because of changing trade and Member State alliances within the EU, and a changing EU where the Eurozone was increasingly the centre of EU politics.

The UK failed to develop the institutional links and political outlook that would have connected it more closely with the rest of the EU. As a result, British politicians especially have increasingly taken the EU and its positions for granted, if they have thought about them at all. Witness how until the Brexit negotiations got underway, the UK’s debate about what new relationship to seek with the remaining EU rarely if ever considered what the other 27 Member States might think or agree to.

Too often British debate has been one of ‘Britain’s Europe’ without ever thinking much about ‘Europe’s Britain’. Even today, some in the UK – including in HM Government – struggle to understand why and how the EU is approaching Brexit and Britain as they do. As a result, they have struggled to understand how the rest of the EU has been as united as it has been. They have failed to appreciate, as touched on in Europe’s Brexit, that Brexit has not been seen as a test of EU-UK relations, but as a test of the EU’s unity.

Five themes can be identified throughout Europe’s Brexit. First, if the rest of the EU has been united in its response to Brexit then the reason lies in a concern amongst the elites of many other EU Member States that it would fuel populism, Euroscepticism and illiberalism in the rest of the EU. In some Member States, Brexit may have helped drive up support for the EU, but populism, Euroscepticism and illiberalism remain strong.

Second, this political concern did not mean the governments of the other 27 Member States overlooked economic calculations. The UK ran a trade deficit with 23 of the 27 Member States, making the UK an important market for a majority of the EU. But that importance varies, and as is made clear throughout the book, maintaining the unity and coherence of the remaining EU Single Market is of greater concern.

Third, this is not to say Britain is unimportant. The UK is an important trade, security, social, and political partner to many other EU Member States. That importance, however, is relative to the importance of the remaining EU and close relations with its remaining leading players, especially Germany.

Fourth, the UK’s importance may be best understood by viewing it in terms of the importance of Brexit to the EU. Brexit is not necessarily at the top of the ‘to do’ list when it competes with problems in the Eurozone, Schengen, in relations with Russia and the USA, growing levels of illiberalism across Europe, to say nothing of domestic problems in various Member States.

Fifth, there is some debate elsewhere in the EU about how well the Union has so far performed over Brexit, especially compared to the other problems it faces. There are important lessons to be learnt, not least what role the rest of the EU may have played in helping create a situation in which the citizens of one of its largest Member States voted to Leave.

Debates in the UK, and to some extent elsewhere in the EU, about the future EU-UK relationship can overlook three things. First, debates similar to those in the UK have been held in the rest of the EU about the pros and cons of the Norway model, a Free Trade Agreement and so forth. If there is one aspect about a new relationship that is repeated throughout the book, it is that the UK’s dreams of getting a better deal than when it was in – the ‘having your cake and eating it’ option – is firmly rejected. As Donald Tusk made clear: ‘Buy a cake, eat it and see if it is still there on the plate.’

Whatever new relationship is agreed – and it’s worth recalling the EU and UK have not even formally begun negotiations over it – one of the problems Europe’s Brexit points to is the ratification minefield that lies ahead. If the new relationship is, as expected, a mixed agreement then it will need the approval of the other 27 Member States national parliaments, which in some cases will entail both upper and lower houses of parliament and, in the case of Belgium, the five regional parliaments. So far, the EU has succeeded in compartmentalizing Brexit into a technical and legal process, with the European Commission doing most of the work. It’s a reminder of how the EU can be a very effective way of depoliticising an issue through EU-level arrangements that can weaken the input from the domestic politics of the Member States. Ratification of treaties and agreements such as that which it is hoped the EU and UK will agree, is one of those moments when the domestic politics of Member States kicks back in.

It’s a reminder of the final concluding point of Europe’s Brexit: that making Brexit a success is about securing three sets of successful Brexits. First, successful deals over the UK leaving the EU and a new EU-UK relationship. Second, for the UK to come to terms domestically with the domestic causes of the Brexit vote. Third, for the remaining EU – 27 Member States and the EU’s institutions – to come to terms with a changed Union. For some of those remaining 27, a successful Brexit for the remaining EU is not just one that holds together, moves forward, and delivers for its citizens. It’s also one that avoids becoming a Union dominated by a ‘Carolingian model’ of France and Germany.

This article gives the views of the author, and not the position of LSE Brexit, nor of the London School of Economics. Europe’s Brexit: EU Perspectives in Britain’s Vote to Leave is out now from Agenda. 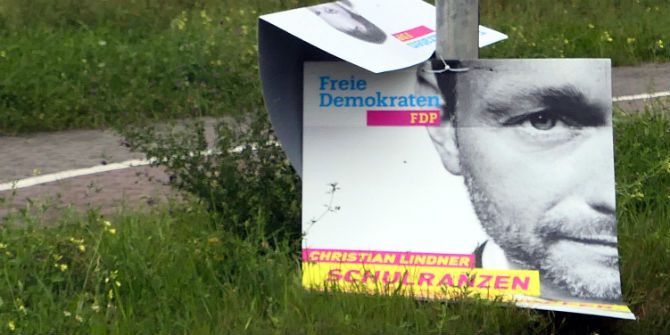 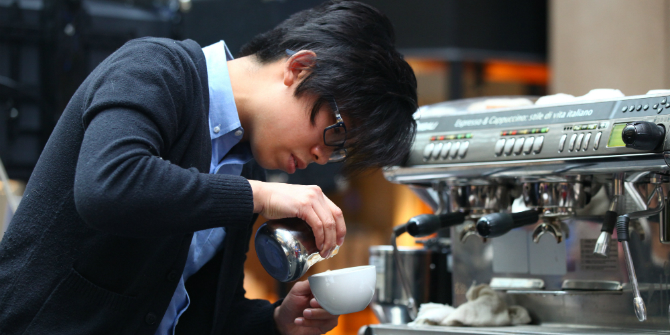 Long read | Who are you calling unskilled? 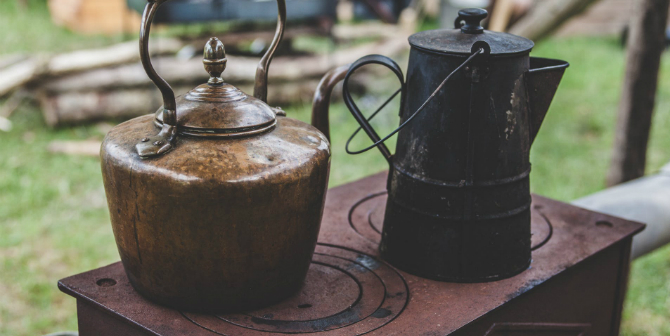