After all the debunking it has had, including the admission from prominent ‘leave’ supporters that it was phoney, the continuing hold on British public debate of the claim of £350 million per week for the NHS is an abiding mystery. In this blog, Iain Begg (LSE) explains that there is no such thing as a Brexit dividend.

Few doubt the need for increased funding for the NHS and the government plans to boost its budget by some £20 billion a year by 2023 will be widely welcomed. Yet to portray it as somehow connected to Brexit is, simply, dishonest, the more so when it is being spun as enabling pro-Brexit ministers to deliver on a referendum promise.

It has been explained endlessly, but apparently has to be reiterated yet again, that the true UK gross contribution to the EU has to be measured after deducting the rebate received since 1985. Admittedly, the way this is presented in official statistics can be confusing, but the principle could not be more straightforward.

Rather than £350 million a week, what the UK ‘sends to Brussels’ is more like £280 million, fluctuating from year to year. Some EU spending also flows back to the UK, mainly for subsidies to farming and fisheries, economic development projects in poorer regions and to pay for research.

Once these flows are taken into account the net contribution of the UK to the EU falls to around £10 billion a year, equivalent to a little under £200 million per week. The latter figure is still substantial and would be enough to pay for plenty of nurses and doctors, but plainly is not £350 million.

For there to be a public spending dividend from Brexit – even one attaining the true gross figure of £280 million, a week two conditions have to be met. First, the UK has to reduce the amount of money it ‘sends to Brussels’ or uses instead to pay for policies currently funded by the EU; and, second, the tax base of the economy has to be stable. As things stand, neither condition will be fulfilled sufficiently and definitely not in time to pay for what is proposed over the next five years. 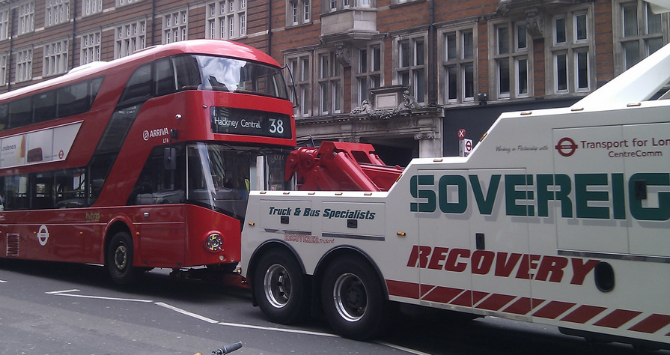 Realistically, therefore, at least some of what is currently ‘sent to Brussels’ will remain a cost to British tax-payers indefinitely and, by extension, cannot be ‘sent to the NHS’. A future UK government may well decide to abandon subsidies for farmers, but don’t hold your breath.

However, the indirect budgetary effects of Brexit are the real problem. To state the blindingly obvious, the public services an economy can afford depend on the success of the economy through building up the tax base.

Over the next five years, public sector receipts (the bulk of which come from the combination of VAT, income tax and national insurance) are projected by the Office for Budget Responsibility (OBR) to be on average 36.7% of GDP. If GDP is lower than previously expected, as has been the case since the referendum, these receipts will fall proportionally.

Although the actual calculation is somewhat more complex, a simple back of the envelope summary provides a pretty robust indication of the magnitude of the amounts at stake. Thus, in the fiscal year 2017-18 (just ended), UK GDP at current prices was a little over £2000 billion, and the tax take projected by the OBR was £750 billion.

Had nominal GDP been one percentage point higher, taking it to £2020 billion, the tax take would have been some £7.5 billion higher. It is important to stress, too, that these figures cumulate: growth one percentage point below expectations for each of the five years of the proposed new health settlement will (assuming no change in the tax regime) mean public receipts five times £7.5 billion lower (£37.5 billion) by 2023 than expected.

It does not need rocket science to show how this greatly exceeds the potential cut in payments to the EU: it is approximately double the infamous £350 million per week. Even half a percentage point per year shortfall would more than negate the potential gains from ceasing to pay into the EU.

The impact of Brexit on the UK’s prospects for economic growth ought, therefore, to be at the heart of any discussion of spending more on the NHS or, indeed, any other changes in the public finances. Yet we remain stuck with seeing this through the lens of the fictitious £350 million per week.

Certainly, some of the blame for this state of affairs has to be levelled at the proponents of ‘project fear’, who portrayed Brexit as an inevitable and immediate economic calamity. This allowed the relative resilience of the economy in the months after the referendum to be interpreted by Brexiteers as a reason to reject any and all economic projections.

But after five quarters of disappointing growth figures since the beginning of 2017 and with growing evidence of an adverse Brexit effect on the economy, the risks to the UK public finances have to be recognised. This is why the new NHS promise has elicited such critical comment and even allowed John McDonnell (the Labour Shadow Chancellor) to look fiscally responsible.

More funding for the NHS can be generated by raising taxes or by allowing the public sector debt to increase. But to quote George Bush the 1st, ‘read my lips’: a Brexit dividend will not be the solution.