Transfer of power to Brussels may weaken member states, but it empowers citizens – it is a pity EU citizens do not know their own power, writes Caroline de Gruyter (European Council on Foreign Relations).

The news site Politico Europe recently produced one of many inevitable end-of-year rankings, “The women who shape Brussels – class of 2018”. It was interesting to see that, in a European Union that is widely perceived as undemocratic, MEPs were up high on this list. Among them, the so-called “tech MEP gang” scored highest. This “sisterhood”, as Politico calls them, includes influential MEPs such as Marietje Schaake (pictured), Eva Kaili, Mady Delvaux, and Pilar del Castillo Vera. They help shape European laws on robots, blockchain, intellectual property rights, and privacy. These women are feared in Silicon Valley. And in many European capitals too.

It is ironic that the only ones who don’t really seem to care about this powerful “gang” are the European voters they are supposed to represent, and in whose names they wage their fierce political battles. Many Europeans do not read Politico. What MEPs do – be they men or women – does not interest them in the least. Brussels, for them, is too far away. They perceive “Europe” as an elite project: “let’s take back control.”

This is a pity, because things have really changed a little in recent years. Citizens often associate MEPs with a toothless, expensive parliament that no one has any control over, but this perception is somewhat outdated. Under the 2010 Treaty of Lisbon, member states have given the EU additional powers in aspects of external relations such as trade agreements, foreign policy, and the EU’s position within the United Nations. The European Parliament has gained power in these fields too. This follows a democratic logic: if one takes policy to a higher level, democratic control should follow. Although it is far from perfect, the treaty expanded democratic participation a little. And the “female tech gang” has made full use of it. By asking questions, vetoing draft proposals, and putting forward amendments to such proposals, MEPs from across the EU have influenced – for example – agreements on data exchange and counter-terrorism with the United States in a way that was impossible before.

According to a Eurobarometer survey published in September 2018, just 41 percent of European citizens know when the next European Parliament elections will be held (May 2019). Only 51 percent declare an interest in them. A poll taken in April this year found that “a great majority think that people would abstain [from voting in the elections] because ‘they believe that their vote will not change anything’, ‘they distrust the political system’ or ‘are not interested in politics or in elections in general’.” The prevailing assumption is still that the European Parliament is useless because citizens “aren’t heard anyway”.

In a remarkable inaugural lecture at the University of Amsterdam in early November, European law professor Christina Eckes challenged that assumption. Eckes pointed out that “while transferring powers to the EU limits the unilateral autonomy of national governments, it increases control for EU citizens over central aspects of international relations, such as the conclusion of international agreements.” In other words: the transfer of power to Brussels may weaken member states, but it empowers citizens. Why? Because the European Parliament now has a key role in negotiating and finalising international treaties. As a result, it can exercise more control over institutions that implement these treaties – since they are European – than national parliaments can. In this way, Eckes argues, “European integration allows European citizens to retain control over international policies in a globalised world.”

The EU is not a perfect democracy – far from it. But the notion that the democratic deficit in Europe is enormous and static is misleading. In her lecture, Eckes referred to the German thinker Jürgen Habermas, who made a distinction between individuals as EU citizens and as national citizens. He developed the concept of “divided sovereignty” in which Europeans can act in two capacities –as citizens of nation states and as a citizens of the EU.

Some groups are eagerly picking up on this notion of divided sovereignty. One of them is the pan-European movement Volt, which aims to encourage citizens in every member state to vote in the European Parliament elections next year. Volt clearly sees the increased potential in parliament and wants to “change the way politics is done and shape the future of Europe”. But many citizens do not seem ready for this. Many perceive their loss of influence through national parliaments, but far fewer recognise the extent to which the influence they gain through the European Parliament has compensated for this. It is in Brussels where, in their name, MEPs fight international political battles that their governments can no longer fight alone.

It is in the European Parliament, not national parliaments, that EU officials report on all stages of the negotiation and conclusion of international treaties. Even on Common Foreign and Security Policy agreements, in which its powers are still quite limited, parliament has the right to be informed. It can also veto controversial international agreements or challenge them in the European Court of Justice. It was the European Parliament that, against the will of the European Council and the European Commission, threw out a Swift agreement on the transfer of financial data to US intelligence services. It was parliament that stopped the Anti-Counterfeiting Trade Agreement, the megadeal on internet freedom with the US. Likewise, MEPs received sensitive information about the Transatlantic Trade and Investment Partnership negotiations with the US from co-legislators in the European Council and the European Commission – information that national parliaments did not have. MEPs can also steer the Brexit negotiations to a certain extent because they have the ear of the main negotiators in Brussels. National representatives do not have such access. MEPs, not national parliaments in EU countries, will vote on the final deal.

Eckes even suggests that citizens have gained more power in Brussels in recent years than they have lost nationally. In national parliaments, she argues, members of governing parties are under intense pressure to protect the interests of the government rather than those of voters. In the European Parliament, this pressure is much less pronounced. As a result, MEPs are relatively free to focus on content. And on the essence of the job: democratic control. Against all the odds, then, the European Parliament can, as Eckes puts it, “credibly claim to give EU citizens a voice in international relations that, with all its flaws, draws on a source of democratic legitimation that is independent and separate from the EU member states.” What a pity that citizens don’t realise their political potential as Europeans, and stubbornly continue to see themselves as national citizens only.

This post represents the views of the author and not those of the Brexit blog, nor the LSE. It first appeared at the ECFR blog on 3 December 2018.

Caroline de Gruyter is a Europe correspondent and columnist for the Dutch newspaper NRC Handelsblad and a Council Member of the European Council on Foreign Relations. 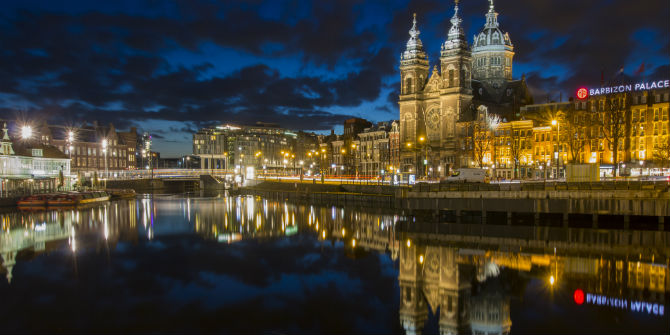 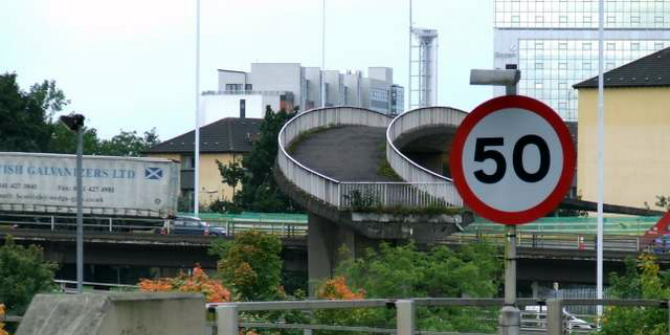 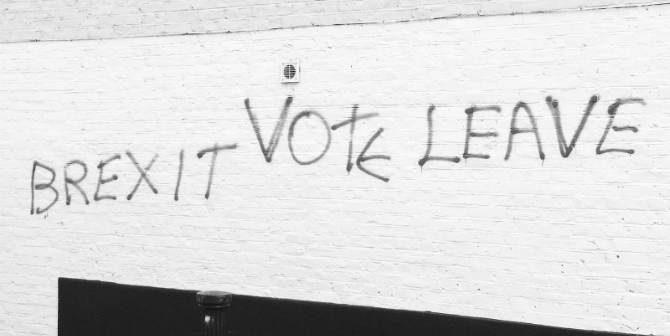