The UK is entering a period of great uncertainty and constitutional, legal and political upheaval. The big immediate question is what will come out of the debate on Theresa May’s Brexit deal  – which is actually one very detailed withdrawal deal, and one set of vague aspirations for the future in the accompanying “political declaration”. What might happen? The most likely Brexit outcome is Norway, writes Colin Talbot (University of Cambridge). He shows that no other option has the parliamentary numbers.

A Venn diagram of the contending Brexit tribes in the Commons looks something like this:

The numbers are very much guestimates and in any case are probably fairly fluid. Who votes for what will partly depend on the order and exact terms of amendments that will eventually be voted on.

The Labour Party will, of course, whip its MPs to vote against May’s deal. But the deal also appears to have very little support amongst Tory MPs outside of the payroll vote of ministers and their parliamentary bag carriers, and even some of them are wavering.

The hardline Brexiteers, mostly organised into the inappropriately named European Research Group (ERG), want a much harder Brexit. But, as the recent ill-fated coup attempt against May showed, how far they are prepared to really go is questionable. Only about two dozen of their about 80 MPs put in letters to the 1922 Chair, Graham Brady. This probably reflects—more or less—the number who are really prepared to press for a complete no deal, car crash Brexit.

Some hard Brexiters, like Michael Gove and Andrea Leadsom form what might be called the “Brexit First” group. They think the priority is getting out of the EU and everything else is secondary and can be dealt with later.

On the more Brexit-moderate wing of the Tory parliamentary party, there are probably a similar or slightly higher number who want a softer Brexit or no Brexit at all. They mostly reject May’s deal because it is too hard and, on the future relationship, open to an even harder Brexit down the road. Some might have been tempted by it simply to stop a no deal happening, but now that appears to be off the table (since yesterday’s procedural defeats for the government) that temptation has probably gone away.

The number of Tory MPs who still back Remain, or a People’s Vote to try and get the same thing, is now quite small. But quite a few soft Brexit Tories might swing behind either a Norway-type solution and/or another referendum depending on how events unfold.

Meanwhile, the DUP are playing games. They are opposed to May’s deal because of its implications for Northern Ireland and they campaigned for Leave. But they also know sentiment in Northern Ireland is pro-Remain or, at the very least, for only the softest of Brexits. So they are hinting they could support a Norway-type deal as a last resort. They almost definitely will not support another referendum because it would inflict even more political damage on them in Northern Ireland.

We know the Lib Dems and the SNP, and the lone Green MP Caroline Lucas, all still back Remain and another referendum. If both these options appear impossible then it is likely this group of almost 50 MPs could swing behind a Norway option.

So where does all this leave us? The table below sums up the numbers game.

In order of probability, it is clear that “no deal” probably can’t muster more than a couple of dozen votes. Even if 60-65 ERG die-hards (with maybe a handful of Labour Brexiters) tried to push it through they would be outnumbered about nine to one by the rest.

May’s deal is also dead barring some miracle. The only scenario in which it might pass is if the Brexit-moderate Tories and Labour swung behind it, which is not going to happen. Even if a significant group of pro-Europe/soft Brexit Labour MPs rebelled it would be very unlikely to offset the DUP and ERG defections.

So the two options left—which are not necessarily mutually exclusive—are the Norway-style deal and/or a Peoples Vote. The decisive group of MPs will probably be Labour.

If it was left to Jeremy Corbyn then Labour would almost certainly opt, reluctantly, for a Norway-style deal. Corbyn would have to swallow some of his Europhobic tendencies, especially his anti-freedom of movement views, but he could still argue he was “respecting the referendum.” He has also been notably more hostile to a People’s Vote than most Labour MPs, Keir Starmer, Labour members, Labour voters and very significantly John McDonnell. The shadow chancellor has been hinting more strongly that Labour should back a People’s Vote. He’d have plenty of support within the PLP for that.

My guess—and it is only that—is that if this choice confronts Labour (which it may or may not depending on parliamentary procedure and votes) Corbyn would insist on the Norway option. He loves nothing better than a good campaign, but the one he clearly doesn’t want is to stop Brexit. During the 700,000 strong People’s Vote march he even left the EU entirely to avoid it.

This post represents the views of the author and not those of the Brexit blog, nor the LSE. it first appeared on Prospect. 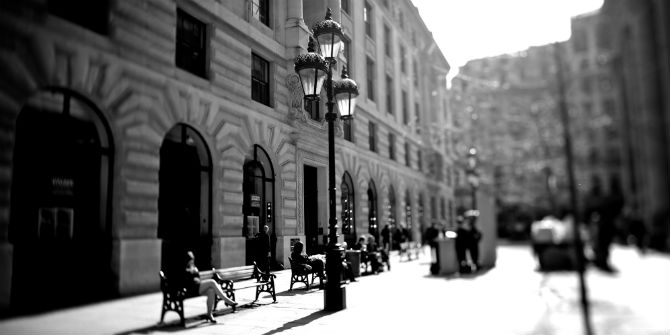 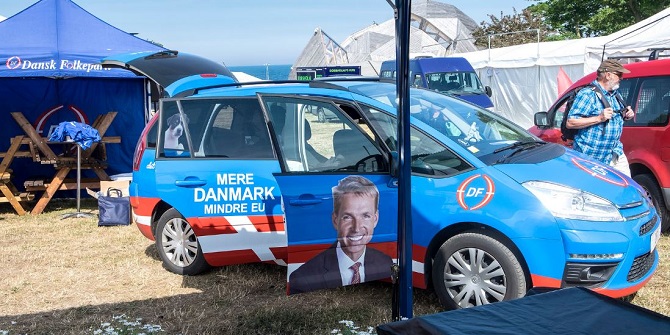 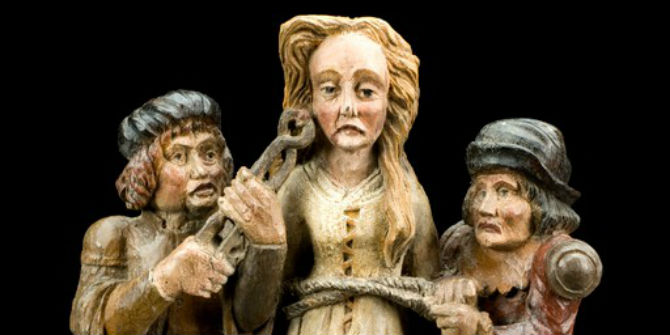