Many working-class people believed – and continue to believe – that Brexit will bring about a positive change in their circumstances. Lisa Mckenzie (Middlesex University) argues that their voices have been ignored for 40 years, and the better-off mock and dismiss their attachment to leaving the EU. It is time to recognise the systematic way the working class has been excluded from British society.

We are two and half years away from the referendum, and only a few weeks from the date we are due to leave the European Union. Parliament and the country are at odds: the only thing that unites any part of public opinion is that our political system is not working for anyone. Admittedly, I am enjoying the irony. The Conservatives came to power almost ten years ago with the narrative that Britain was broken – and what they really meant was that they intended to set their sights on the poorest in our society. They would make Britain work by cutting public services, axing thousands of secure jobs, while encouraging the ‘Uber-job’, and the ‘Amazon-serf’. George Osborne’s speech in 2012 at the Conservative party conference, where he spoke of his dislike of those hiding behind closed blinds claiming benefits, was a sign of things to come. Then came his plan to bring people together as ‘one nation’ and of course his friend David Cameron:

“an outstanding Prime Minister of judgement and integrity. But more than that, he is leading a government of change; of profound, long-lasting change.”

How depressing that now seems as chaos ensues in Parliament, the political system is at breaking point and rage is infectious. The only positive is that Brexit has at last broken the political and social hegemony that kept our population subdued and somewhat apathetic. They are no longer apathetic, and their rage has become unbearable to the Westminster political and media chattering classes. They simply do not know what to do with this rage: they are used to being left in peace as they cause havoc in people’s lives. Now they are being challenged on what they do, and what they say.

The personal is always political when you are working class. I speak from a personal and a professional position as a working-class woman. I am heavily involved in political protest: I am an anarchist, so I put my cards on the table. I lost faith and tolerance in our current political system a long time ago. Seeing my family and my community crushed during the miners’ strike through state violence, and then purposefully devalued and denied ever since by both Conservative and Labour governments, will do that to a teenager.

Now, as a working-class academic, I mix and connect with people from all social strata. This is very different from my early life in the mining community. I never really understood, until the 1984 strike, the levels of class hatred and class prejudice in Britain. My family and community had cushioned me from those prejudices, which have always been deeply woven into British society. When the strike was over and we had lost, I realised very quickly that the working class in industrial communities were quickly deemed ‘backward’ and stupid, and it was they who were held responsible for holding the country back. The Conservatives created this narrative, but it was the Labour party that embraced it, and cultured it into the rhetoric of social exclusion. It was the working class that were excluding themselves from an otherwise modern, cosmopolitan and prosperous Britain through their ‘inferior culture’: there was no place for those that could not, or would not, emerge into New Labour’s vision of a third way utopia. My PhD mapped this New Labour-Third Way exclusion of Britain’s working class.

I finished it in 2009 as the New Labour project was on its last legs. My research within working class communities has spanned governments led by Blair, Brown, Cameron and Clegg, Cameron, and now May. As an ethnographer I have collected, analysed and disseminated the stories of British working class life for many years. Despite the change of government, for working-class people life has been a constant struggle for recognition, respect, dignity and value.

Since the referendum in 2016, I have been involved in academic, political and popular debates and arguments about why in some parts of the country working class people voted to leave the EU. I wrote a post for this site a year ago outlining how working class people had read, understood and heard the debates around the EU as exclusive, and elite, too often using language that diminished their own life experiences: ‘stupidity and racism’ has been the most common.

In parts of the country, especially those communities that have suffered badly from deindustrialisation, they have heard the voices coming out of the major cities that told them they are irrelevant to the ‘important issues’. HS2, the Channel Tunnel, and London’s Crossrail move meticulously around their communities, never stopping, moving the financially mobile around the country and into Europe, while their local buses and services are stripped back to almost nothing. Tony Blair had done the same to them 20 years earlier. Blair’s championing of mobility – meaning leaving your community, family, and history behind – reduced people’s families and backgrounds to no more than ‘class baggage’. Earlier still, Norman Tebbit and the Thatcher government had told people to get on their bikes and look for work once their traditional forms of employment had been sent abroad to maximise profit for shareholders.

I have written and argued in academic journals, and on panels at academic conferences, that for some working class people in the UK – those who had experienced political, economic and social exclusion – the question they saw on the ballot paper was not about leaving or remaining in the European Union, but was ‘Do you want things to stay the same, or do you want things to be different?’ Those people – whom the media has since named ‘the left behind’ – answered. They wanted things to change, they wanted things to be different.

Since then it seems that the whole country have fallen off the Tower of Babel and we have hit every single window ledge and corner on the way down, no one speaking or understanding anyone else. This organised perplexity has focused mostly on the class divides that have always been deep and painful in British society. I have argued in other places – based on research, and on analysis of working class narratives, social theory, and applying sociological concepts to those narratives – that working class people over the last 40 years have been purposefully excluded from British society. I have attempted to hold to account those who have willfully exploited and excluded working class people in the UK, to such an extent that their exploitation is barely recognised in any political or social discourse – apart from being victims of austerity, or votes waiting to be mobilised.

Yet these facts are seen as irrelevant and petty by those who are now desperately trying to overturn the referendum result. Westminster, the media, and the academic world – all of which are solid bourgeois spaces devoid of working class people – are in full agreement: the past 40 years of deindustrialisation and aggressive policies of social mobility that marginalise working class life, pride and identity have no credence in the debate about the EU. The Green party, which was once seen by many as quite socially progressive, is now campaigning extremely hard to ignore those working class voices that asked for change, and instead overturn a referendum. The masks are slipping, and they are ugly. Things could have been so different.

There could have been recognition of the years of devastation that parts of the country have suffered. There could have been some empathy for the people that have been purposefully left out. Instead there has been an ugliness that comes with the entitlement of always being right. There is a desperation among working class people, and they do not want to be pushed back into the world before 2016 as the unheard, the unseen, and the devalued. They believe that through Brexit their social, political and economic exclusion might improve. Who can blame them? When a list of demands by the Brexit Yellow Jackets was being shared and ridiculed on social media because of its confusion and poor grammar, there was no empathy or even acknowledgment that a poorly-educated working class in a wealthy society is a shame upon us all, and is a failure of a system not an individual. For every public sector worker, academic, journalist, and politician that shared those demands with the intention of shaming those that had written it: you are the reason we have Brexit. Brexit has let those rational, liberal masks slip, and you are ugly. 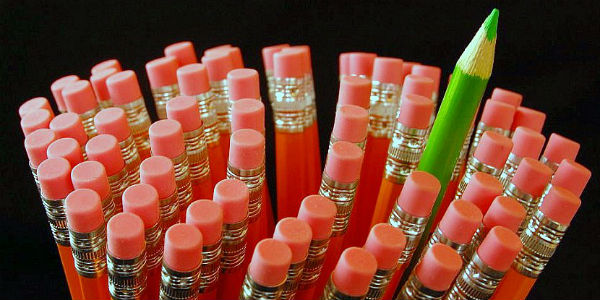