The referendum exposed strong intergenerational divisions. With Britain’s young people having overwhelmingly voted in favour of remaining in the European Union, Rakib Ehsan (Royal Holloway, University of London) explores the driving factors behind this support.

The EU referendum rocked the political establishment. The decision to leave represented a rejection of what the vast majority of the political and business class considered to be in the country’s best economic interests, and the desire to reduce net migration and have national sovereignty over political decisions took precedence.

The referendum also represented a unique test of public opinion. Although it would be too simplistic to characterise all Leave voters as authoritarian and nationalist, the Leave campaign’s appeal was largely founded on negative attitudes towards immigration and a “loss of sovereignty” to the EU. Existing literature establishes a clear link between Euroscepticism and the populist right, crystallising around immigration-related issues, a lack of economic opportunities and anger towards political elites.

Young people in the UK have disproportionately suffered in the aftermath of the financial crisis through a hostile labour market and large cuts to public spending. Yet, in many advanced industrial democracies, they have proved to be more resistant to authoritarian forms of populism. According to IpsosMori, only 8% of 18- to 24-year-olds voted for UKIP in the 2015 General Election. The corresponding figure for over-65s was 17%. In the EU referendum, older sections of the British electorate overwhelmingly voted in favour of leaving the EU. On the other hand, our survey – commissioned by Hope Not Hate and conducted by YouGov – showed that 69% of 18- to 30-year-olds (and 76% of 18- to 21-year-olds) wanted the UK to remain in the EU.

But what actually drove support for EU membership among young British people? What sort of values and attitudes do “young Remainers” tend to hold? Using a bespoke representative survey of 18- to 30-year-olds conducted in the run-up to the referendum, we investigated the relative importance of socio-demographic factors and post-materialist attitudes when examining support for EU membership among Britain’s young people. 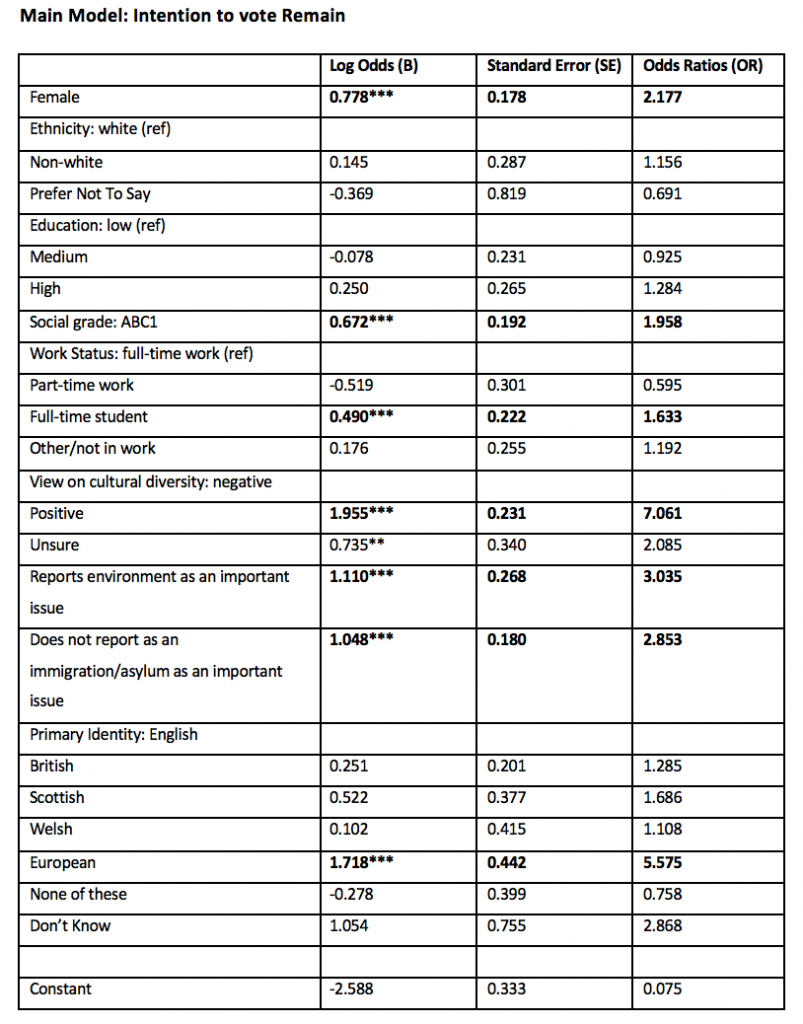 From the findings, we are able to develop a profile of the typical young person who voted Remain in June 2016. While there are no education effects, there is a strong relationship between being a full-time student and supporting EU membership. This follows up on studies that emphasise educational status rather than educational attainment in the shaping of political attitudes. Supporting the “winners and losers” of globalisation thesis, young people in the higher ABC1 social grade were more likely to vote Remain. While a post-referendum survey conducted by Lord Ashcroft found that stronger British identification was associated with voting to remain in the EU (when traded-off against English identity), our analysis found no significant difference between primary English and British self-identification.

Our findings suggest that post-materialist values and attitudes are, collectively, the strongest predictors of support for EU membership among young people. The results show that young people who hold a positive view on cultural diversity, prioritise environmental protection as an important policy issue, and are relatively unconcerned by “cultural backlash” issues such as immigration and asylum, were much more likely to vote Remain. All three findings are statistically significant at the 1% confidence level. Perspectives on cultural diversity and prioritisation of certain areas of public policy do not only highlight the cosmopolitan divide between younger and older citizens, but also young Remainers and Leavers. 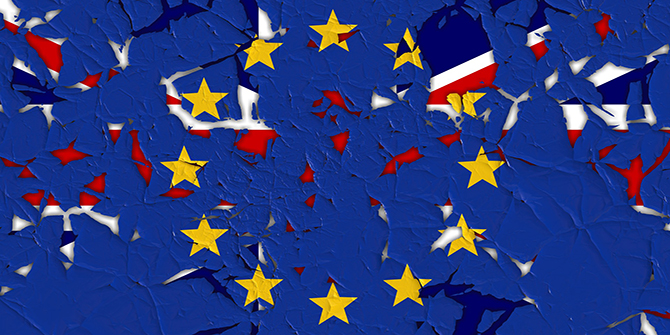 The demographic and attitudinal profile of Britain’s young Remainers resemble that of other youth-led social movements globally. These include the Occupy Wall Street movement and the Spanish Indignados, which manifested themselves into electoral success for Podemos in Spain and the stronger-than-expected showing of Bernie Sanders in the 2016 race for the Democratic Party presidential nomination. The emergence of the young cosmopolitan left as a force in electoral politics was powerfully demonstrated in the case of Labour’s performance in the 2017 General Election. To the great surprise of the political commentariat, Labour gained seats for the first time at a general election since 1997 – with the Conservatives losing their parliamentary majority in the process.

There is one particularly interesting finding from our analysis – the significant difference regarding gender. Our paper found that young women were more likely to vote Remain than their male counterparts – a finding statistically significant at the 1% confidence level. This interestingly corresponds with the fact that young women were far more likely than young men to vote for Labour in the last general election. It appears that youth-led cosmopolitan-left social movements which support an internationalist approach to reducing economic inequality and protecting the environment, and extol the virtues of immigration-induced cultural diversity, have young women at their heart.

Note: the above draws on the author’s work (with James Sloam) in Parliamentary Affairs. This article gives the views of the authors, not the position of LSE Brexit or the London School of Economics. It first appeared on LSE British Politics and Policy. Featured image credit: Pixabay (Public Domain).

Rakib Ehsan is a Researcher at Royal Holloway, University of London and a Research Consultant to the Greater London Authority and Intergenerational Foundation. 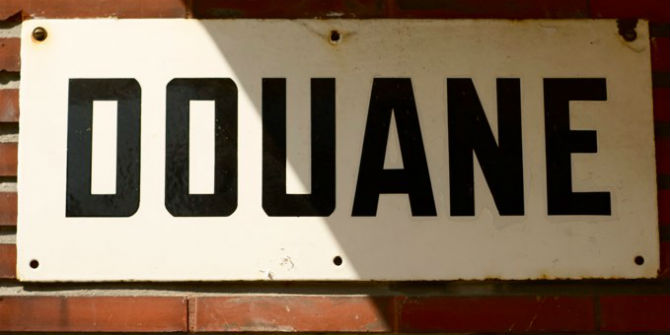 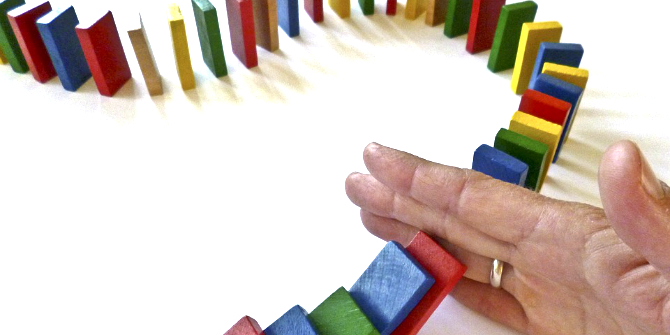 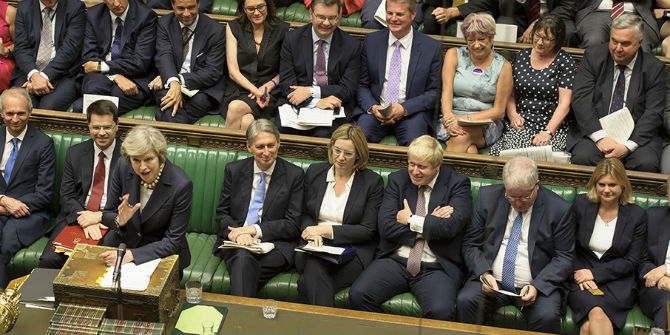 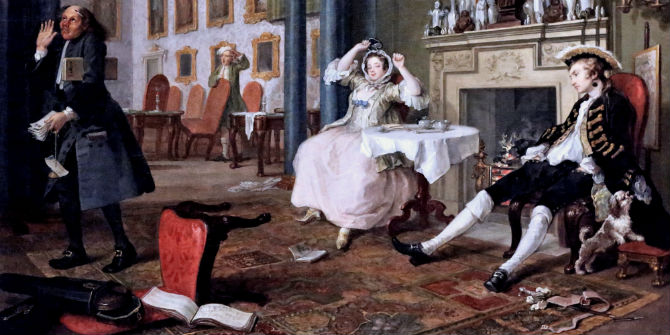