Kitty Stewart (LSE) looks at the implications of Brexit for health, education and housing, as well as workers’ rights, and concludes that it poses major risks to  social policy. While some of these may have been apparent to voters, it is difficult to imagine that they anticipated the scale and breadth of some of the less direct effects.

What will Brexit mean for social policy in the UK? In the wall-to-wall coverage first of the Brexit negotiations and then of Theresa May’s attempts to get her withdrawal deal through Parliament, it is a question that has been relatively overlooked. Yet social policy is essential to the every day reality of many people’s lives.

In new research funded by the Nuffield Foundation, we explore the relevance of Brexit for social policy, conceived broadly to encompass policies affecting living standards and employment conditions as well as the traditional pillars of the welfare state – health, education, housing.

Drawing on existing evidence and analysis, we map out the ways in which these aspects of life in the UK have been affected by EU membership, and hence the likely implications of the decision to leave. Given ongoing uncertainty, we focus mainly on a central scenario in which the UK leaves the single market and ends the free movement of workers.

We try to look for the opportunities as well as the risks of Brexit, and to identify government action that could mitigate risks and allow opportunities to be maximised. Our overarching conclusion is that Brexit poses major risks to social policy, and that these risks are larger the more distant the UK’s future relationship with the EU.

Social policy has been affected by the UK’s membership of the EU in multiple ways, and hence will be deeply unsettled by the decision to leave. A first key point is that evidence points strongly towards lower economic growth under all Brexit scenarios. This will mean lower living standards and less money for public services – the opposite of a ‘Brexit dividend’.

A weaker economy will also make the UK a less attractive place for the migrant workers we are likely to continue to need to keep our public services running.

Concerns about immigration have been seen as a key driver of the referendum result, and Theresa May’s government made ending the free movement of workers a red line. But our second main conclusion is that a fall in EU migration will have significant negative consequences for social policy.

EU migrants play an important role in delivering health and social care, as well as in construction; if their numbers drop it will be more difficult and expensive to provide these services. The consequences for service delivery are likely to be much greater than any reduction in service demand – EU migrants use health and social housing no more (if anything less) than UK-born citizens.

They also pay on average more in taxes than they take out in benefits and services. And evidence does not suggest significant compensatory effects on wages of UK-born workers as a result of reduced competition.

There are also a series of wider losses associated with leaving the single market. For example, in health, patients are likely to face poorer access to new medicines if the UK fails to remain a member of the European Medicines Agency. Universities stand to lose access to funding and EU-wide collaborations.

In terms of social and employment rights, the UK will no longer be subject to the Charter of Fundamental Rights. This will create gaps in human rights legislation and will leave other rights at risk because they are not constitutionally protected.

Workers’ rights may come under particular pressure from slow growth as the UK tries to find new ways to invite investment. Rights may also become the subject of trade negotiations: commitment to matching EU standards could be a condition of a close trade relationship with the EU, but if such an arrangment is not reached, these standards could be vulnerable in attempts to secure trade deals with other countries.

Some of these outcomes may have been clear to people as they voted, and in some cases represent the goal of ‘taking back control’: for example, the UK will no longer have employment protection legislation imposed by Brussels if this is not what the British electorate would want. But it is difficult to imagine that voters in the referendum had in mind the scale and breadth of some of the less direct effects.

On the positive side, Brexit may lead to a fall in house prices by reducing demand from overseas investors, which could improve affordability. A smaller financial sector could encourage a rebalancing towards other industries, via a lower value of sterling. The UK could end up a slightly less unequal country, albeit a poorer one, though in part lower inequality is predicted to result from the loss of higher paid and more secure jobs, including for men working in manufacturing.

There could be new employment opportunities for UK-born youngsters, as health professionals, for example. But only with substantial new investment in training. Currently, we reap the benefit of human capital investments made by other EU member states.

While the effects of Brexit on poverty have been projected to be small for most scenarios, there are several ways in which the more vulnerable may be most affected.

Groups at particular risk include those whose skills will leave them less able to navigate industrial restructuring; those working long hours or in precarious employment, who have benefited from EU legislation; those unable to afford private health or social care in the event of staff shortages; and those in receipt of frozen cash benefits as inflation rises.

Some of the potential downsides of Brexit could be overcome with vigorous compensatory investment and redistribution by the UK government: uprating cash benefits at least with price inflation; investment in education and training to help UK youngsters fill roles in health care; more resources to pay for public services as costs rise (e.g. to meet higher wage costs in social care); and a major strategy for regional and industrial investment.

Even with the necessary political will, however, these actions will be made much more difficult by the constraints that Brexit will place on public finances as the economy slows.

Kitty Stewart is associate professor in Social Policy at the London School of Economics and associate director of the Centre for Analysis of Social Exclusion (CASE). 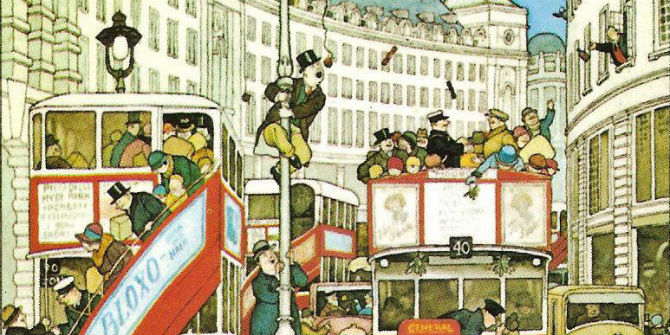