Remainers seeking to maximise the impact of their vote in the European Parliament election face a difficult choice. Heinz Brandenburg (University of Strathclyde) explains why district magnitude is such a key factor in the d’Hondt system, and why it means that different regions call for different voting strategies.

What they are also generating is a sudden interest in how EP elections are actually conducted in the UK, and how votes are translated into seats. This is primarily because three Remain parties are contesting these elections separately and competing with each other (Liberal Democrats, Greens, Change UK/The Independent Group). While the Brexit Party appears to be attracting most of the hard Brexit vote, the pro-Remain vote – which is probably equally big – could be split three ways, or even four, given that some Remainers may stick with Labour despite their equivocation around a second referendum question.

So far, at best, people may have been aware that in EP elections a proportional system is used, and not the first-past-the-post (FPTP) system as in general elections. Only now are the British media, the affected parties and voters slowly waking up to the fact that there are variations in the proportionality of PR systems, and that the one used in the UK is not overly proportional. This creates problems for parties to convert votes into seats.

Because of this, we suddenly hear the name d’Hondt bandied about in the British media. D’Hondt is one of the available methods of allocating seats in multi-member districts, and is the method in use for the European elections in the eleven electoral regions of Great Britain (not in Northern Ireland, where the Single Transferable Vote is used). Table 1 illustrates how d’Hondt works, with the example of South West England, a six-seater electoral region in the 2014 EP election: each party’s total votes are listed in the first row, while the further rows display votes divided by two, three, four and so on. After identifying the six highest numbers in the spreadsheet, each gets a seat allocated. Note from the example that the Liberal Democrats, even though their vote share was not far off the Greens, would not have won a seat if seven had been on offer, as UKIP would have edged them to win their third seat. 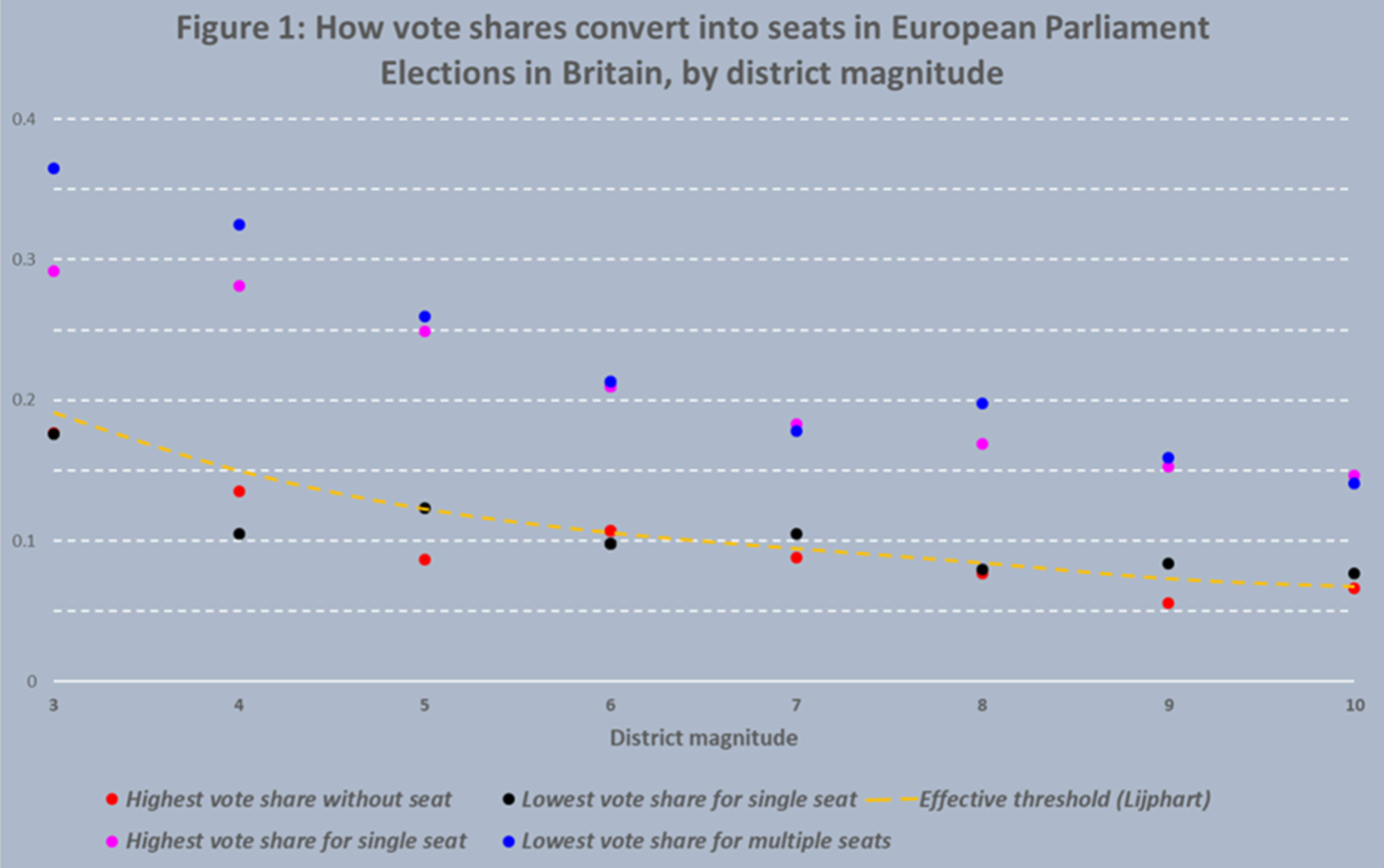 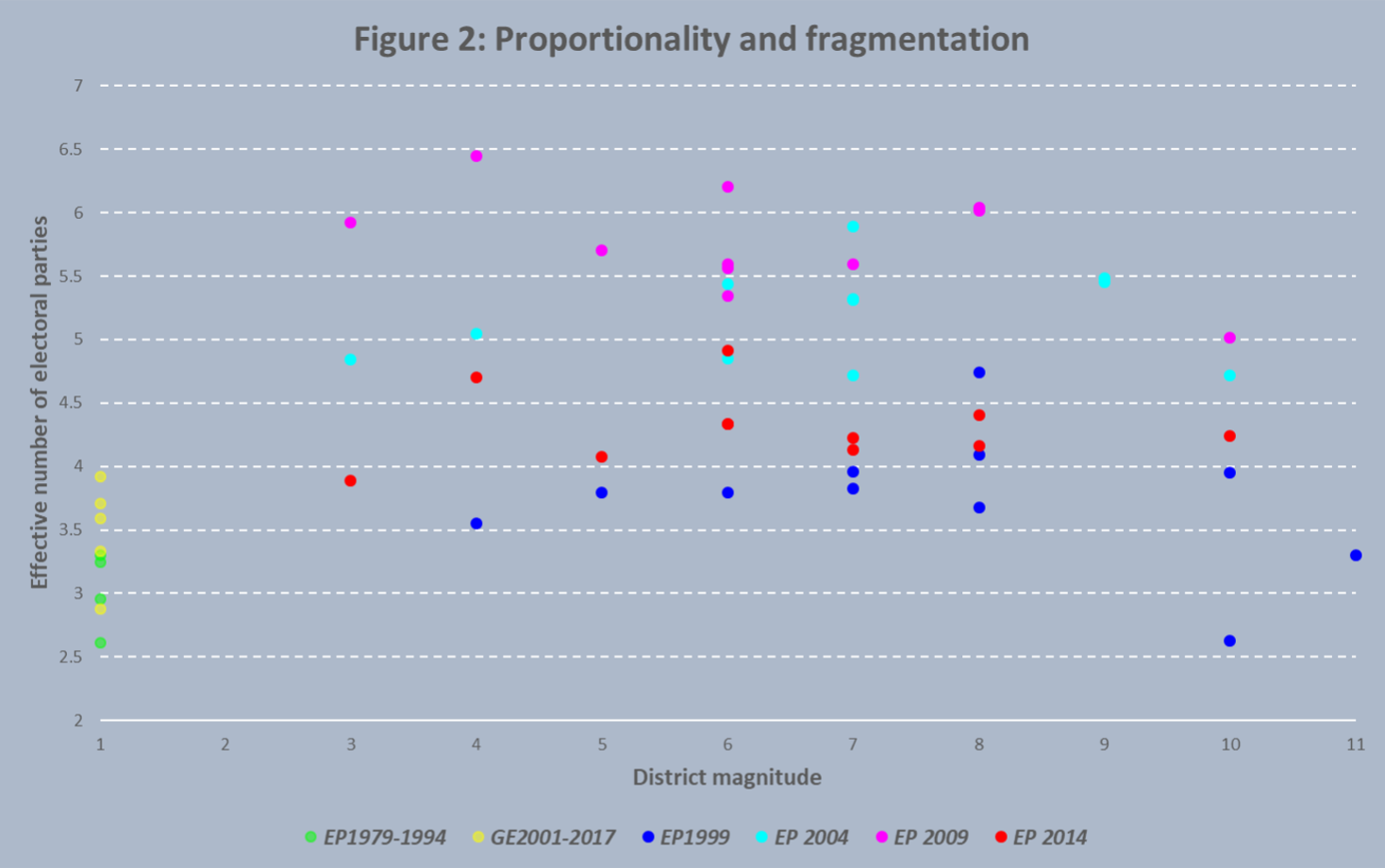 What happened in 2014 gives us some idea of the challenge faced by pro-Remain parties and voters in the upcoming EP elections: two of the three now competing pro-Remain parties, the Liberal Democrats and the Greens, suffered badly in 2014 from voters behaving almost identically across very different electoral contexts. Between them, the two parties won over 2.2m votes (13.4%) but only four seats (5.5%). Three of their four seats were won in London and South East England where both parties polled close to their national average. The only exceptional performance came in SW England, where both achieved over 10% – enough for the Greens to win a seat but not the Liberal Democrats.
In total, two thirds of their 2.2m votes were “wasted”, in the sense of being cast in regions where no seats were won. In total, Liberal Democrats and Greens contributed 1.5m or 62% of all “wasted votes” across Britain (see Figure 3). However, only in the three regions with the smallest district magnitude (NE England, Wales and East Midlands) was their combined vote share below the effective threshold. 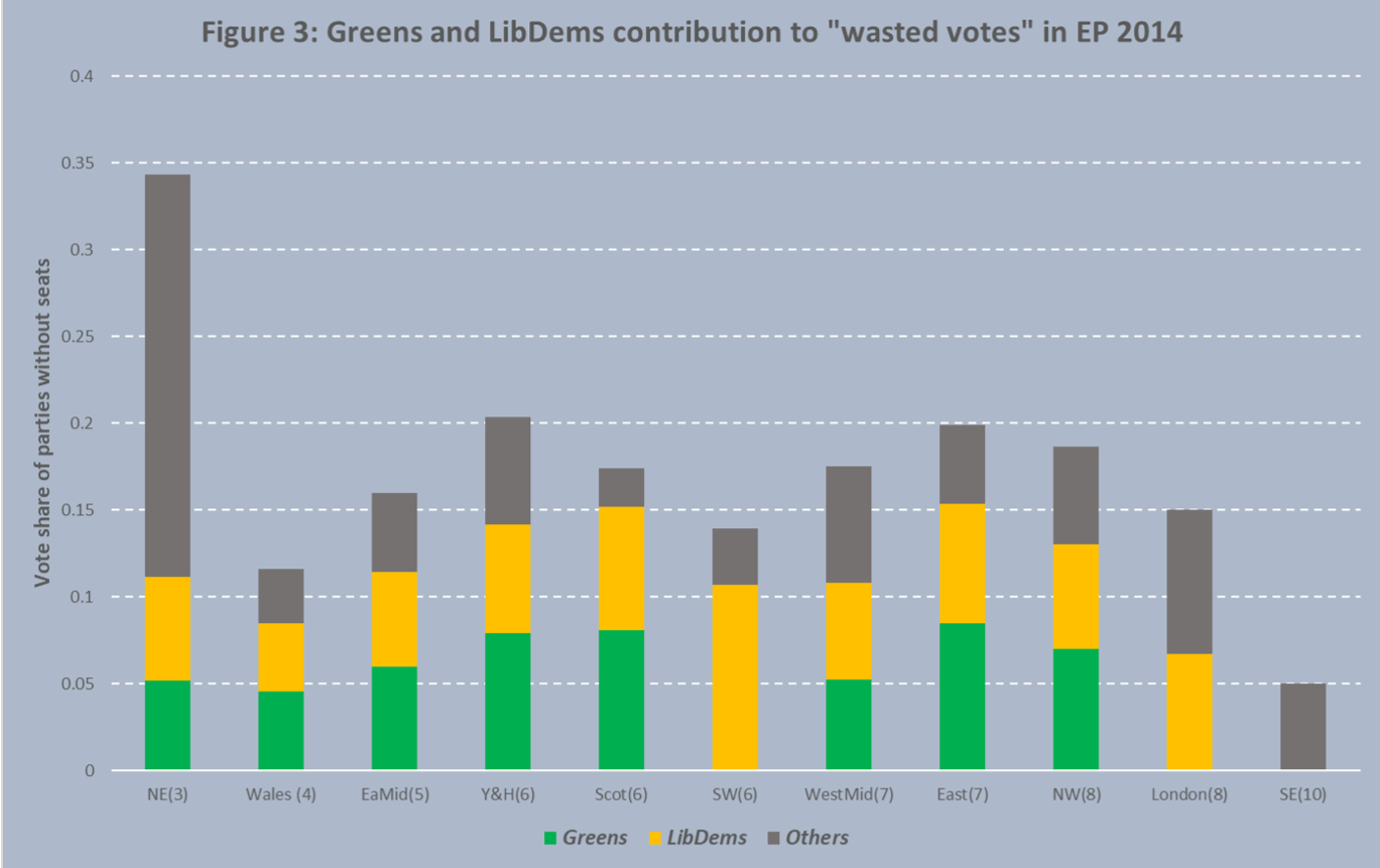 For the current contest, a recent FT analysis of regional breakdowns projects the three English pro-remain parties to convert their combined 27% or so into only nine seats (12.8%), while the Brexit party is looking at converting just under 30% of votes into 29 seats (41.4%). The latter is doing so well because it polls at well over 30% everywhere outside Scotland, Wales and London and hence is on course to win multiple seats in all of those regions.

In the absence of any pact or coordination between pro-Remain parties, pro-Remain voters are facing a tricky task when looking for ways to vote tactically in order to maximise the seat share of pro-Remain parties. Importantly, they would be ill-advised to apply identical tactics across the board.

It will fail in NE England or Wales because any such haphazard effort to vote tactically will not be sufficient to get that one party over the required threshold of 15% or more. It could be most successful across regions with district magnitude of 5-7, if it helps getting at least one party over the threshold of 10-12%. However, in London, NW England or SE England (with eight or more seats), it could actually reduce the overall number of seats the three pro-Remain parties could win between them. If, for example, tactical voting pushes one pro-Remain party close to 15% but reduces the two others to 5 or 6%, the bigger party will not have enough to win multiple seats (look again at Figure 1 and the threshold for winning more than one seat) while the others could both fail to win a single seat. That could reduce the pro-Remain parties to a single seat where three could have been won. 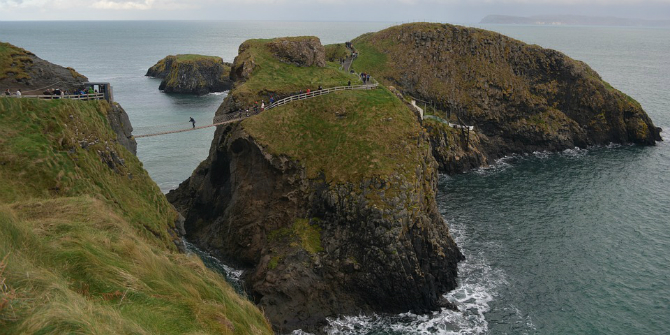 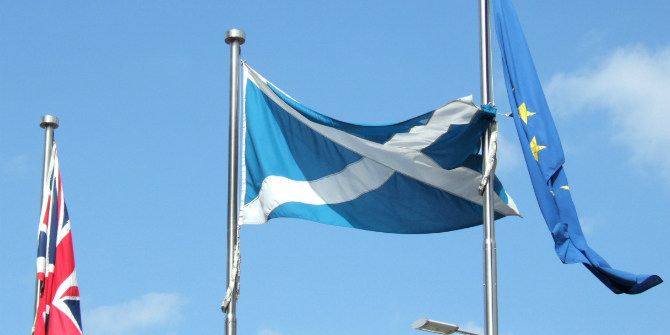 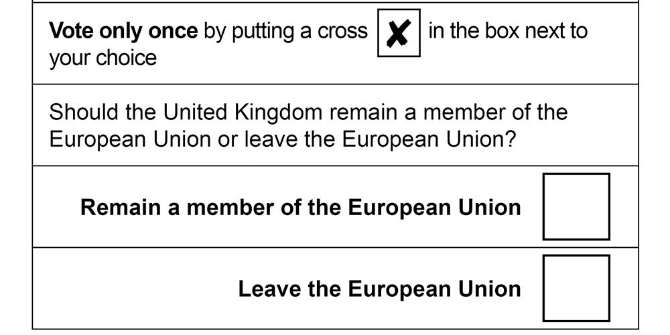