How has Brexit impacted the UK constitution? Are we in a constitutional crisis or is this the UK constitution at work? Jack Simson Caird (Bingham Centre for the Rule of Law) discusses the constitutional issues that have arisen due to the Brexit vote and outlines the key events since the referendum and challenges faced by current and future governments in these unprecedented circumstances.

The referendum result in 2016 represented the beginning of a process of constitutional change in the UK. How the UK’s uncodified constitution will be changed, or even whether the UK will leave the EU at all, is currently uncertain. If the UK leaves the EU on 31 October 2019, then the UK constitution and its three legal systems will change significantly on exit day. The nature of the change that takes place on exit day will depend on whether the UK leaves with or without an agreement. The uncertainty of the endpoint of this process of constitutional change is at the heart of many current constitutional issues facing the UK.

Since 23 June 2016, the process of constitutional change has put the institutional relationships that are central to the UK’s constitutional framework under pressure. The relationship between government and the House of Commons has gradually broken down over the course of the 2017–19 Parliament. The problems with this institutional relationship have been the root of the main constitutional issues experienced in the Brexit process so far. The relationship between the executive and the legislature in the UK is largely designed around the presumption of that the government of the day will have a working majority. Without a stable majority, the scale of legislative transformation required to deliver Brexit was always going to be extremely difficult. The continued absence of a stable majority in the House of Commons for any one Brexit outcome has caused the political paralysis that is raising difficult constitutional issues.

The first major test of the post-referendum government’s ability to get Brexit legislation through the Commons was arguably the most significant. On 1 February 2017, 497 MPs voted to approve the EU (Notification of Withdrawal) Bill at second reading. Only 114 MPs voted against. The EU (Notification of Withdrawal) Act 2017 enabled Theresa May’s government to trigger Article 50, which at the time meant that, according to EU law, the UK would cease to be a Member State even if no deal was approved on 29 March 2019. The two-year deadline meant that the parliamentary and legislative timetable would be challenging. Parliament would have to legislate to prepare for no deal, which in itself involved a whole legislative programme covering all the major areas of EU law, and to take all the steps needed to implement the withdrawal agreement. This appeared to weigh heavily in Theresa May’s decision to have an early General Election in June 2017. On the steps of Downing Street, when announcing the proposed General Election, she cited the challenges of getting Brexit legislation through Parliament as a reason for having an election.

Unexpectedly, the General Election of 2017 made the relationship between the government and the House of Commons even more difficult. Theresa May lost her majority and entered into a confidence and supply agreement with the Democratic Unionist Party. This agreement did enable the government to get its flagship Brexit legislation, the European Union (Withdrawal) Act 2018 (EU(W)A 2018), through Parliament. The EU(W)A 2018 is a highly complex package of constitutional measures that can be adapted to different possible outcomes of the Brexit process. If the UK left the EU without a deal, the EU(W)A 2018 would provide a degree of legal continuity by converting the majority of EU law into domestic law on exit day. The EU(W)A 2018 contained some provisions that determine the constitutional and legal status of this converted EU law to be known as ‘retained EU law’ in the post-Brexit legal system. The EU(W)A 2018 also contained significant delegated powers that enable the statute book (including the converted EU legislation) to be amended via secondary legislation so that any ‘deficiencies’ in retained EU law caused by Brexit can be corrected in advance.

Arguably the most difficult constitutional question raised by the EU(W)A 2018 related to devolution. The UK devolution settlement, underpinned by legislation enacted in the UK Parliament, was made when the UK was a Member State of the EU. As a result, EU law was built into the design of the UK’s devolution arrangements. Each of the devolved legislatures’ competence was legally limited so that it could not legislate contrary to EU law. When the legislation was introduced to Parliament, it provoked fierce criticism from both the devolved governments in Scotland and Wales, who argued that the UK government was using the legislation to take powers that should be held by the devolved governments and legislatures post-Brexit. Eventually the government made some changes to the legislation in response to criticisms made in Holyrood and Cardiff, however, the episode highlighted that the Brexit process would put the devolution settlement under strain.

From the moment the deal was published, it became clear that the government would not be able to rely on the MPs that had voted for the EU(W)A 2018 to get the deal over the line. The government delayed the first vote—initially scheduled to take place on 11 December 2018—but nonetheless the government suffered an historic defeat on 15 January, losing the vote by 432 votes to 202. The next day, the government faced the first ever use of the no confidence provisions in the Fixed-term Parliaments Act 2011. The government won the vote by 325 votes to 306. The result was an unprecedented constitutional impasse, whereby the government’s main policy had been repeatedly rejected by the Commons, but—rather than resign or trigger an election—the government continued in office. However, with the 29 March 2019 deadline looming and the potential of a no deal exit, the impasse could nonetheless have resulted in major constitutional change.

The potential for an accidental no deal exit on 29 March 2019 prompted MPs to challenge the traditional balance of power between the House of Commons and the government. Theresa May had often stated that, if the Commons rejected the deal, the UK would leave the EU without a deal. A number of MPs argued that a no deal exit would be so damaging that it could not be allowed to happen. However, in the absence of any reassurances from the government that a no deal exit would be averted, a number of MPs took it upon themselves to take steps to avoid no deal. MPs gradually—through a series of amendments to legislation, business of the House motions and motions—engineered the opportunity to take control of the Commons’ agenda for a day in order to pass the European Union (Withdrawal) Act 2019 (known at the time as the Cooper Bill).

The EU(W)A 2019 created a legal obligation for the government to seek an extension to the Article 50 withdrawal period from the EU (if certain conditions were met). It was constitutionally unprecedented for MPs to legislate, against the will of the government, on the central policy issue of the day. In the end, the provisions in the legislation were not put to the test, as the UK government sought another extension, which was granted by the EU until 31 October 2019. By taking these unprecedented steps and challenging the government’s control of the Commons’ timetable, MPs put the government under pressure to shift its position on a no deal Brexit.

The constitution can nonetheless be criticised for failing to adapt quickly enough to the circumstances of Brexit. Despite the radical steps taken by MPs to avert a no deal outcome, ultimately the government and the majority of MPs have not shown a desire to shift away from the majoritarian and adversarial culture that predominates in Westminster. In the first half of 2019, the government was presented with numerous opportunities to shift its position on no deal and indicative votes on the future relationship. If the government had shown a desire to take opportunities, it would have at least demonstrated a desire to generate a cross-party consensus. However, divisions with the Cabinet prevented the government taking the initiative. Equally, MPs from the official opposition have, despite a commitment from many of their MPs to deliver Brexit, failed to offer any support to the government to facilitate the UK leaving the EU with a deal.

It should also be stressed that even if Parliament and the courts have constrained the government to a certain extent, the government has been in an incredibly weak political position. The division within the Cabinet and within the parliamentary party mean that it is not surprising that the government’s room for manoeuvre has been limited. In the context of a weak and divided minority government, it is actually surprising how much legislation—especially legislation introduced in order to prepare for no deal—the executive has managed to guide through the legislature. Furthermore, despite the passage of the Cooper Bill, the government retains control of the parliamentary timetable, and this—in the context of the Article 50 TEU deadline—is a powerful asset.

The Brexit process has also highlighted the significant powers that are very hard for MPs and the courts to control. The government’s prerogative powers, especially to conduct foreign relations, can be exercised without the consent of MPs. The government has also been able to secure, with Parliament’s consent, far-reaching delegated powers to change the statute book. Secondary legislation introduced under these powers cannot be amended. The two extensions sought by Theresa May in 2019 illustrated both powers in action. The provisions in the Cooper Bill were not put to the test, as the Prime Minister sought both extensions of her own volition. Then, in order to bring domestic law in line with the extensions granted by the EU, the government was able to use delegated legislation to change the statutory definition of ‘exit day’ in the EU(W)A 2018. It is impossible to know whether the Prime Minister would have sought an extension in the absence of the pressure that MPs were able to place upon her. However, it is right to recognise that even a weak and embattled government had considerable powers at its disposal.

The risk of current constitutional issues turning into a flown blown constitutional crisis, by for example bringing the Monarch or the courts into matters of high politics, will continue to increase unless a solution to the current parliamentary impasse is found. Theresa May was ultimately forced to resign because it was implausible that she would able to get the EU (Withdrawal Agreement) Bill, which is needed to implement the Withdrawal Agreement, through Parliament. The next Prime Minister will face the same challenge, and any alternative solution is likely to prove equally, if not more, difficult.

This post represents the views of the author and not those of the Brexit blog, nor the LSE. It is an edited version of a text that appeared in Legal Analysis (Lexis Nexis). 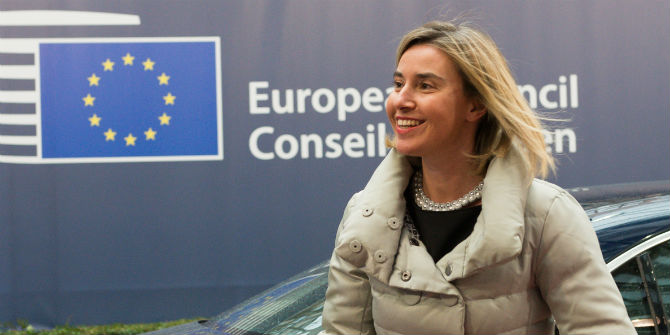 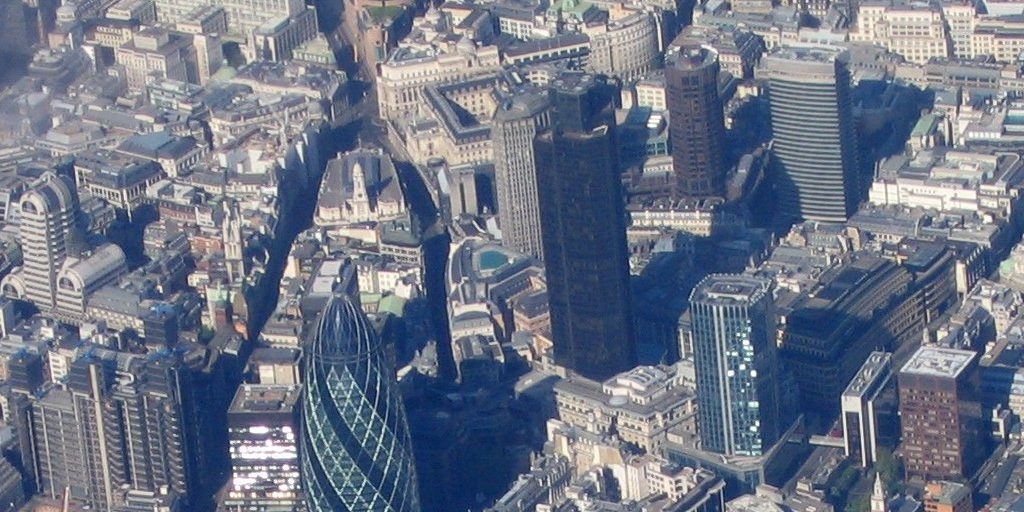