The economic consequences of the UK leaving the European Union without a deal have received significant attention, but a no-deal Brexit would also have important security implications. Helena Farrand Carrapico, Jocelyn Mawdsley and Richard G. Whitman explain what leaving the EU without a deal might mean for the UK’s internal and external security, as well as the country’s future security relationship with the EU.

The Conservative leadership race seems to be increasing the likelihood of a no deal Brexit. Both Boris Johnson and Jeremy Hunt have made clear they are willing to contemplate a no deal Brexit on 31 October if a revised agreement cannot be reached with the EU on the terms of the UK’s withdrawal. And the EU’s member states have made clear that they are unwilling to renegotiate the Withdrawal Agreement reached with Theresa May’s Government.

The likely impacts of a no deal Brexit on the EU-UK economic relationship have been given significant attention with hair raising accounts of the probable effects on trade, borders, travel and UK manufacturing and services. However, the effects on the security interrelationship between the EU and the UK have been given much less prominence. Currently, as a member state, the UK is connected to the other EU member states through a variety of cooperation arrangements for internal security (on borders, policing and criminal justice) and external security (managing security threats from outside Europe and which include cooperation on conflict management and defence). A no deal Brexit means that this cooperation would be thrown into uncertainty.

A no deal Brexit would have considerable impact on the UK’s internal security, in particular on police and judicial authorities’ capacity to address issues such as organised crime and terrorism, and on the UK’s role as a leading country in the area of security, including its ability to propose new instruments and shape EU decisions so as to align them with its national interests. In fact, one could even go as far as to say that a no deal Brexit constitutes a substantial threat to UK security given the current critical and unprecedented levels of organised crime activities, as well as the continued severe level of international and domestic terrorism.

Against a background of wide-ranging police cuts (namely the loss of 44,000 police officer jobs since 2010) and the accumulation of austerity effects, the rapidly growing levels of insecurity are having a clear impact on the everyday safety of the UK population, with serious and organised crime currently endangering more lives than any other national security threat. Given that these problems are transnational in nature, the key to addressing them lies on intelligence and information exchange, rather than on the reinforcement of borders as has been occasionally expressed.

The UK currently has access to a large number of EU instruments, databases and agencies that allow it to have direct access to crucial information, to exchange best practices and to coordinate strategies and operations with other EU member states. The most important instruments include, for instance, the European Arrest Warrant, the Schengen Information System, the European Criminal Record System, Europol and Eurojust, whose access is part of a carefully designed relationship that the UK has negotiated with the EU since the early 90s and which has allowed it to adopt a selective participation in the area of internal security.

Within this model, the UK has been able to take part in instruments that are aligned with its national interests, at the same time as it has been allowed to opt out from others it considers less useful (for a complete list of UK opt-ins and opt-outs from this area, please visit the UK Governments’ dedicated website). As the UK progressed through the negotiation of the Withdrawal Agreement, its future security negotiation position also became clearer: it wishes to find alternatives to EU instruments that are capable of maintaining the same level of cooperation, in particular regarding data-driven law enforcement, practical assistance to operations, and multilateral cooperation through agencies.

A no deal scenario creates considerable uncertainty regarding the future UK-EU relationship as it implies a sudden loss of access to data and EU instruments, an abrupt interruption in cooperation, a hard border between Northern Ireland and the Republic of Ireland, and a decrease in the levels of trust between the two sides.

As far as external security and defence consequences go, the immediate consequences of a no deal Brexit are less serious than the internal security ones. This is because the UK has already retreated from an active role in the EU’s Common Security and Defence Policy (CSDP) in preparation for Brexit, for example handing over the operational command of Operation Atalanta (that deals with the piracy threat in the Horn of Africa) and leaving the roster of EU Battlegroups (standby military forces that the EU keeps available for conflict management). Most military operational activity now is either bilateral with other member states or through NATO.

However, anticipating Brexit the other EU member states have set an ambitious agenda for EU defence policy and with the UK having little say in its objectives. There are now well-advanced plans to develop more shared military research and development, defence industry collaboration and common defence procurement. All of these are for the purpose of giving the EU a greater military capability to act independently of other countries such as the U.S.

The foreign and trade policy consequences of a no deal Brexit have significant knock-on consequences for defence too. As far as trade policy is concerned, a no deal Brexit will have negative consequences for British manufacturing, including the space, aerospace and defence industries. Delays and additional costs to exports may endanger British firms’ participation in major international supply chains. This coupled with a significant gap between UK defence policy commitments and budgetary allocations makes the UK a less desirable and reliable partner for future multinational procurement projects as the FCAS developments have shown.

Indeed, the recklessness of a no deal Brexit, after three years of political turmoil, would send a bad signal to the UK’s partners about its reliability in security and defence matters. Already there seems to have been a cooling off of UK-French defence cooperation because of French concerns about UK reliability both in operational participation and defence industry cooperation.

Even without a no deal Brexit EU member states have already created a blueprint for further security and defence integration that do not anticipate a significant role for the UK as a non-member state. The agenda for close and special partnership, provided for under the current Withdrawal Agreement and the Political Declaration, would be in tatters. And the UK would be seen as unreliable partner unable and unwilling to deliver on security and defence cooperation.

A new EU leadership coming into office and coinciding with an October no deal Brexit may have no lived experience of the extensive contribution that the UK made to existing EU security and defence policies and capabilities. Their formative impression of the UK could be as a security challenge to be managed rather than an indispensable partner for security cooperation.

This article gives the views of the authors, not the position of LSE Brexit or the London School of Economics. It first appeared on our sister site EUROPP – European Politics and Policy.

Helena Farrand Carrapico is an Associate Professor in Criminology and International Relations at Northumbria University. She is on Twitter @hcarrapico

Jocelyn Mawdsley is a Senior Lecturer in European Politics at Newcastle University. She is on Twitter @JocelynMawdsley

Richard G. Whitman is Professor of Politics and International Relations at the University of Kent. He is on Twitter @RGWhitman 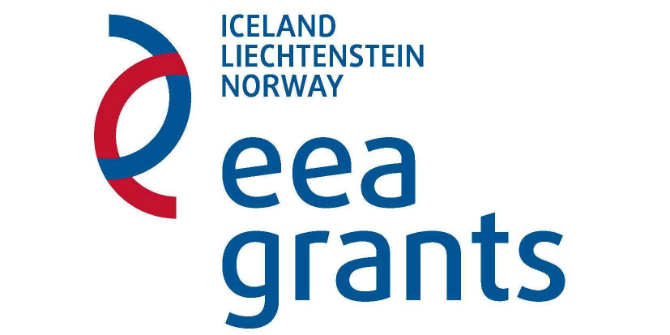