The Visegrád Group had some success in influencing David Cameron’s renegotiation, but its ambition to influence the first stage of the Article 50 negotiations remained largely unfulfilled, writes Monika Brusenbauch Meislová (Masaryk University).

The Visegrád Group (VG; also referred to as the Visegrád Four) is a multilateral platform of four Central and Eastern European states (the Czech Republic, Hungary, Poland and Slovakia) which was established in 1991 to enhance mutual cooperation and coordination and which has recently become synonymous with the word “rebellion” in Brussels.

Many commentators and researchers have argued that Brexit would increase the potential for this sub-regional grouping to punch above its weight, better secure its interests and contribute more prominently to shaping the future of the EU. Indeed, the group itself has clearly tried to include Brexit in its portfolio of sub-regional cooperation. There has been a clearly articulated ambition within VG political circles to define a distinct (and somewhat exclusive) VG approach vis-à-vis the Article 50 negotiations. For instance, in the run-up to the 2016 EU Bratislava Summit, the first without the UK, the ambition of the Polish VG presidency, as announced by the Polish Prime Minister Beata Szydło, was to “table substantial proposals at the summit that would address sensitive issues regarding the functioning of the EU: the institutional balance in Brussels, relations between the EU institutions and the member states, and the EU’s political agenda.” Szydło proclaimed that the VG had “enormous potential…[and] a recipe for the EU.” Also, the Hungarian Presidency 2017/2018 Programme set its main objective with regard to the UK exit negotiations as “defining and representing our common interests.”

This ambition is understandable given that UK has been a prominent player in the political, economic and security interests of the VG. The VG and the UK have long enjoyed a relatively close, albeit asymmetrical, economic and trade relationship. Of equal importance is the fact that for the VG, the UK has been a significant like-minded state within the EU with whom it has shared a number of common interests. While the relationship should not be overstated, the UK has been considered VG’s natural and principal ally in a host of policy areas.

Yet if one takes a closer look at the role that the Visegrád Group played during two key phases of the Brexit process: 1) David Cameron’s EU renegotiations (2015-2016) and 2) the first phase of the Article 50 (withdrawal) negotiations (2016-2017), what emerges clearly is a rather inconsistent and unbalanced track record.

In the case of the EU renegotiations, the VG acted as a key barrier to David Cameron’s proposals to cut benefits for migrants as part of his planned overhaul of the UK’s EU membership terms. As such, it managed to sustain close cooperation among the four countries, upload its own preferences and maximise its clout. To achieve its aim of opposing Cameron’s proposals to limit EU migrants’ access to welfare benefits, the VG pursued a successful diplomatic strategy, which included claiming ownership over the benefits discrimination issue, promoting realistic aims and using flexible cooperation mechanisms with other member states, especially Romania. The group’s political determination and motivation, overlapping interests and the fact that it managed to make the issue of welfare restrictions the prime focus of its multilateral foreign policy cooperation were key to the formulation of a coherent joint stance. Adding to this was the VG’s appeal for higher moral standards (the VG’s self-stylization into the role of a promotor iustitiae advocating for the right of workers) as well as its ability to handle intra-group disagreements without compromising the appearance of unity, if not the fact. Interestingly, the situation prompted some observers to suggest that the EU renegotiations had stimulated, if not rejuvenated, the VG cooperation agenda, interpreting its performance as a sudden wake-up.

This track record contrasts somewhat starkly with the VG’s performance during the first phase of the withdrawal negotiations. Being much less decisive and effective, the group was able to close ranks and formulate a strong VG joint position only in matters related to the indivisibility of the EU’s fundamental freedoms and the protection of the UK-based VG citizens, seeming to lack any blueprint for cooperation over other aspects of withdrawal negotiations. As a result, the group’s clear ambition to influence Article 50 negotiations remained largely unfulfilled.

A bit too big to chew?

A major reason for this intra-VG divergence lay in increasingly palpable internal discrepancies in members states’ national perspectives on a host of key, often highly charged policy issues, including the EU’s future and the role of EU institutions. This has resulted in the lack of group-wide consensus, undermining the internal capacity of the VG during the first phase of the Article 50 negotiations. Indeed, the – sometimes starkly – conflicting outlooks, compounded with accumulated distrust and exacerbated by the declining personal chemistry among VG leaders, prevented them from tabling decisive and substantial proposals. Indeed, the group’s broadly defined and vaguely worded “back to basics” approach and the ever-attractive idea of empowering national parliaments could have been drafted by any EU member state or grouping.

Adding to this was the tendency of VG members to search for new political alignments on their own, outside the VG format. Into this mix also entered the VG’s inherent limited capacity, and the complexity of withdrawal negotiations, which made it difficult for Brexit as a whole to become a point of convergence between VG countries. In other words, for the VG, which by its very nature tends to deal with low politics, withdrawal negations are, perhaps, too big an issue to handle.

While avoiding generalisation, an intuitive reading of these findings might also be that the VG has been generally better at reacting to and opposing UK proposals, which they perceived as discrimination, than proactively proposing a new, constructive direction. Taken together, all these factors help explain why the actual results of VG cooperation during the first phase of the Article 50 negotiations fell seriously short of what VG official rhetoric might have suggested and why the VG was not capable of accommodating the more significant, and hence potentially divisive, aspects of Brexit.

The above draws on the author’s published work in Europe-Asia Studies: Great Expectations or Misplaced Hopes? The Role of the Visegrád Group in the Brexit Process. It first appeared on the OxPol blog. This post represents the views of the author and not those of the Brexit blog, nor LSE. 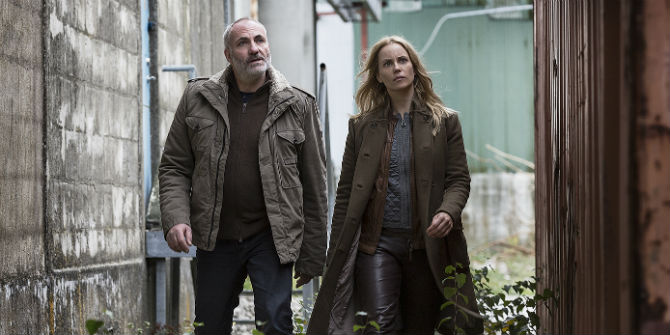