November 9 is Remembrance Saturday, which commemorates the apex of the end of communism in Central-Eastern Europe, writes Charles Turner (University of Warwick). He explains that the Cold War was less a domestic affair than a conflict over geopolitical influence between superpowers whose systems were seen as fixed. He argues that the seemingly sudden deconstruction of the communist system had actually been long in the making.

On 9 November 1989 the Berlin Wall fell. No, start again. What happened was that, after months of pressure from their beleaguered subjects, and in the face of events, the DDR (German Democratic Republic) Politburo saw the way the wind was blowing. The electoral success of Solidarity in Poland in June, the opposition’s gatherings at St Thomas’ Church in Leipzig, the people’s picnic in September that saw 13,000 East German tourists cross the border into Austria, and demonstrations in the same month in Alexanderplatz, had led to the resignation of Erich Honecker on 18 October. More East Germans were allowed to escape to the West via Hungary and the West German Embassy in Prague, and when this became too much for the Hungarian and Czech authorities, on 9 November the DDR regime decided that the border crossings with the Federal Republic should be opened. At a farcical press conference early that evening, East Berlin SED party chief Gunter Schabowski announced the new policy, and when asked when the measure would take effect, mistakenly replied that he assumed it would be immediate. With everyone in both halves of Germany watching on West German TV, crowds started flocking to the wall, and border guards were instructed to let people cross with minimal and then no identity checks. Communism in Central Europe had ended both peacefully and suddenly. 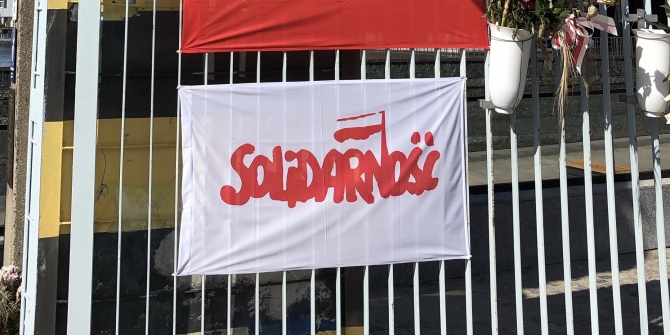 This weekend we will see newsreel of young people atop the wall with their hammers, but more poignant is footage of less agile folk walking through to the West and being greeted with applause, looking for all the world and to all the world like people released from a long prison sentence after new evidence had emerged that exonerated them.  Except that the evidence had already been there when the wall had been erected 28 years before and had been accumulating ever since. Never since the end of World War II has a political event of such magnitude made you look on and say: this is right, for goodness sake something good, unequivocally good, is happening in the world.

There will be much commentary on what has happened since then, the dreams realized and shattered, threats to democracy and so on.  But for now, forget that. Think instead about the absurdity of a system that had to build a wall not to protect itself from outsiders but to keep its own people in. And think a bit about what communism was.

In Poland’s case it was like putting a saddle on a cow, Stalin said, but he did it anyway – its proud tradition of freedom from foreign oppressors once again crushed, with many who had fought the Nazis for five years now anti-communists and carted off to prison. Infrastructure got carted off too, the Russians dismantling entire factories and taking them to the Soviet Union. At first, the communists did something very good everywhere, confiscating the estates of pre-war aristocrats, turning their magnificent houses into schools or admin buildings, and driving populations made more equal but also more cohesive by genocide and ethnic cleansing to heroic feats of rebuilding and new construction.  here were new, unheard of opportunities for millions. Then elections were then held, the results rigged, and by 1949 the fate of postwar Europe had largely been sealed, with the party in control everywhere.

While Western Europe had the European Coal and Steel Community – what a name! – the East had Comecon (Council of Mutual Economic Assistance), and by the late 1950s, even conservative thinkers in America saw both as variants of the same ‘industrial society’, with large enterprises, wage labour, and the key fault line between workers and managers. Ownership and even ideology was a secondary matter: people had jobs, housing, a measure of material security. The Cold War was less a domestic affair than a conflict over geopolitical influence between superpowers whose systems were seen as fixed.

By the late 1970s that had changed, with stagnation, shortages, prison for dissidents, and – Hungary was a partial exception – the lack or shoddiness of consumer goods making the differences between west and east palpable. By the mid-80s, Ronald Reagan was telling Mikhail Gorbachev to ‘tear that wall down’.

As soon as communism collapsed the airwaves were awash with discussions of the true strength and potential of the various Central-Eastern European economies, most of which proved to be wildly optimistic because based on official figures from the old regimes. There was a reason factories were rusty and rotting and the railway tracks wonky and the roads wildly uneven: there had been no serious investment for four decades. The communist economies were like that bathroom suite or kitchen that still just about serves its purpose but which, once they are taken out and are lying in bits on the street, make their owners wonder why they had kept them for so long.

Some English writers on the left today have a thing about communist housing or giant monuments in rural Yugoslavia, but while there were some showcase achievements, in its everyday aesthetic communism imposed a remarkable degree of grim homogeneity – prefab residential blocks, red and white striped poles and chimneys, grinding trams that weighed the earth, dismal underwear, byzantine receipts stamped multiple times, grim porters with notebooks, tripe soup, and long corridors smelling of cabbage and carbolic.

If it scored low on beauty, and not badly on artistic freedom – think of the magnificent films were produced in this period – it scored rock bottom on freedom. When I was first living in Poland in 1992 there was a weekly TV slot called ‘Seven Minutes for the Minister of Labour’, which sounds like something leftover from communist times, and in one way it was. Former dissident Jacek Kuroń, now in an economically liberalizing government but still a believer in socialism with a human face and still in his trademark denim shirt would assure the people that the week’s difficulties would be overcome. Kuroń had been one of the founders, in 1976, of KOR (Workers’ Defence Committee) the organization that preceded Solidarity. He had once been arrested for writing a book of which a grand total of seven copies were printed. He is dead now, but on 9 November 9 I might just remember him with a minute’s silence. Or seven.

This article gives the views of the author, not the position of  LSE Brexit or the London School of Economics. Image by @RochDW. 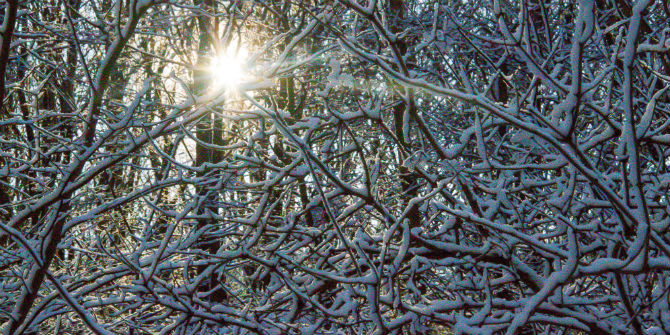