The Scottish government has tried to help EU citizens apply for settled status and has been much more positive about their presence than many politicians in Westminster, writes Piotr Teodorowski (Robert Gordon University). But it has not made enough concrete efforts to integrate them into Scottish society.

MSPs generally agreed that EU citizens are welcome in Scotland, are net contributors to the economy, and that many employers such as the NHS, academia and the food and fishing industries rely on them. But the debate focused on employment statistics and largely ignored the issues of integration or social cohesion. It failed to recognise how communities can be brought together. The Home Office recently published the third edition of the Integration Framework, which recognises everyone’s responsibilities around integration.

To date, responses to Brexit have been passive and focused on symptoms and not causes. The future rights of EU citizens have been widely discussed, but not the integration or cohesion of local communities. The MSP Lewis Macdonald pointed out that the sense of rejection will not simply go away. Participants in the Robert Gordon University (RGU) study exploring the impact of Brexit on the mental health and wellbeing of EU citizens showed that the referendum and its aftermath was a traumatic event accompanied by rejection, disfranchisement and disempowerment. Similarly, other researchers have shown that the mental health of the British people has also been affected.

The Brexit vote unleashed a lot of emotions which will not disappear overnight. The incidence and prevalence of hate crime levels in Scotland, and under-reporting of these, to the police is witness to that. Despite the results of the 2016 referendum, recent research does not suggest that Scottish people are more open to migration than English. Yet the strongest supportive and welcoming narrative has come from the Scottish government, unlike the messages originating from some politicians in Westminster.

The amendment proposed by MSP Claire Baker and accepted by the Minister recognises the individual and personal impact of Brexit and its aftermath. During this debate, RGU’s study and its findings about how Brexit impacted mental health and wellbeing was noted. A significant debate ensued about ‘settled status’ for EU migrants. The percentage of EU citizens registered in Scotland is lower than in the rest of the UK, and organisations such as the 3 Million have called for the settled status application to be turned into a registration system, and to provide EU citizens with physical proof of their status. The Scottish Parliament joined these calls, recognising that those who do not apply by the deadline risk being stuck in a legal limbo and may even, as one UK minister suggested, be deported.

The Scottish Government’s efforts to encourage EU citizens to apply for settled status are laudable, funding Citizen’s Advice to help with applications and assisting the Citizens Rights Project and a new charity called Settled. But while securing the status of EU citizens is important, vital issues around building a cohesive society and rebuilding trust in the communities affected by the referendum remain.

Scottish politicians agree that the ageing population requires positive net migration. A third open letter from the First Minister to EU citizens and the ongoing Stay in Scotland campaign are both helpful, but it is unclear if this message will be enough to convince EU citizens to remain. To persuade others to move to, settle in, and call Scotland home, the Scottish government has to be more proactive. These campaigns are not new. While Jack McConnell was First Minister, he actively encouraged EU migrants to settle in Scotland, and aimed to ensure Scotland’s population to stay above five million people. However, Scottish politicians now have competition for the hearts of EU citizens: recently the Polish ambassador in the UK called on his compatriots to “seriously consider returning” to Poland.

Piotr Teodorowski is a Research Assistant in the School of Nursing and Midwifery, Robert Gordon University. 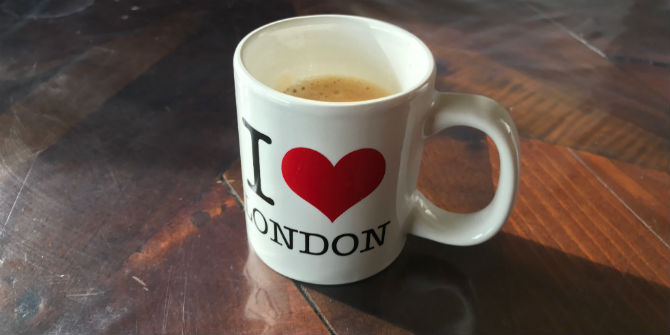